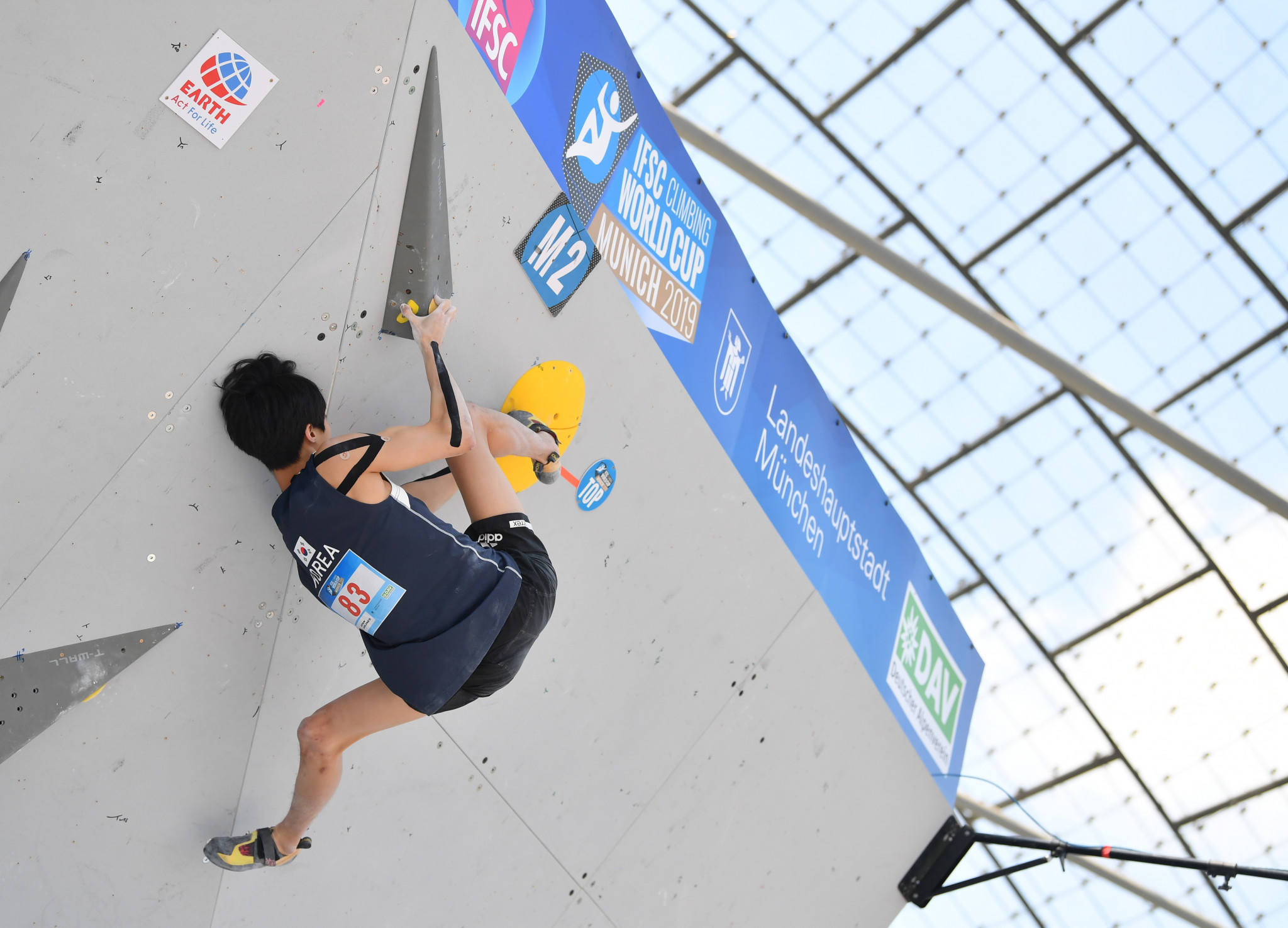 After an exciting opening event in Meiringen in Switzerland, the competition is scheduled to run until Sunday (May 8).

It will begin with speed practice, qualification and finals all taking place tomorrow.

Chon Jong-won of host nation is among the stars due to perform at the Jungnang Sport Climbing Stadium.

The 26-year-old won the overall IFSC Climbing World Cup titles in the bouldering discipline in 2015 and 2017.

Chon also competed at the Tokyo 2020 Olympic Games, where he placed 10th in the men's combined event.

Natalia Grossman, the reigning bouldering world and World Cup champion and a silver medallist in Switzerland, is set to represent the United States alongside Cloe Coscoy, Kylie Cullen, Brooke Raboutou, Noah Bratschi and others.

Raboutou was the first American climber to qualify for an Olympic Games, while Bratschi secured bronze at the 2021 IFSC World Championships in Moscow in the men's speed competition.

The capital city of South Korea is the third city in the country to welcome an IFSC World Cup event.

Chuncheon and Mokpo have organised four lead and speed World Cups between 2010 and 2014.

Sport climbing made its debut at the Tokyo 2020 Olympic Games, with all three disciplines featuring in men's and women's combined competitions.

Following the sport's success at the Olympics, it will also feature in different multi-sport events this year, including the upcoming World Games in Birmingham in the United States, European Championships in Munich and the Hangzhou 2022 Asian Games.