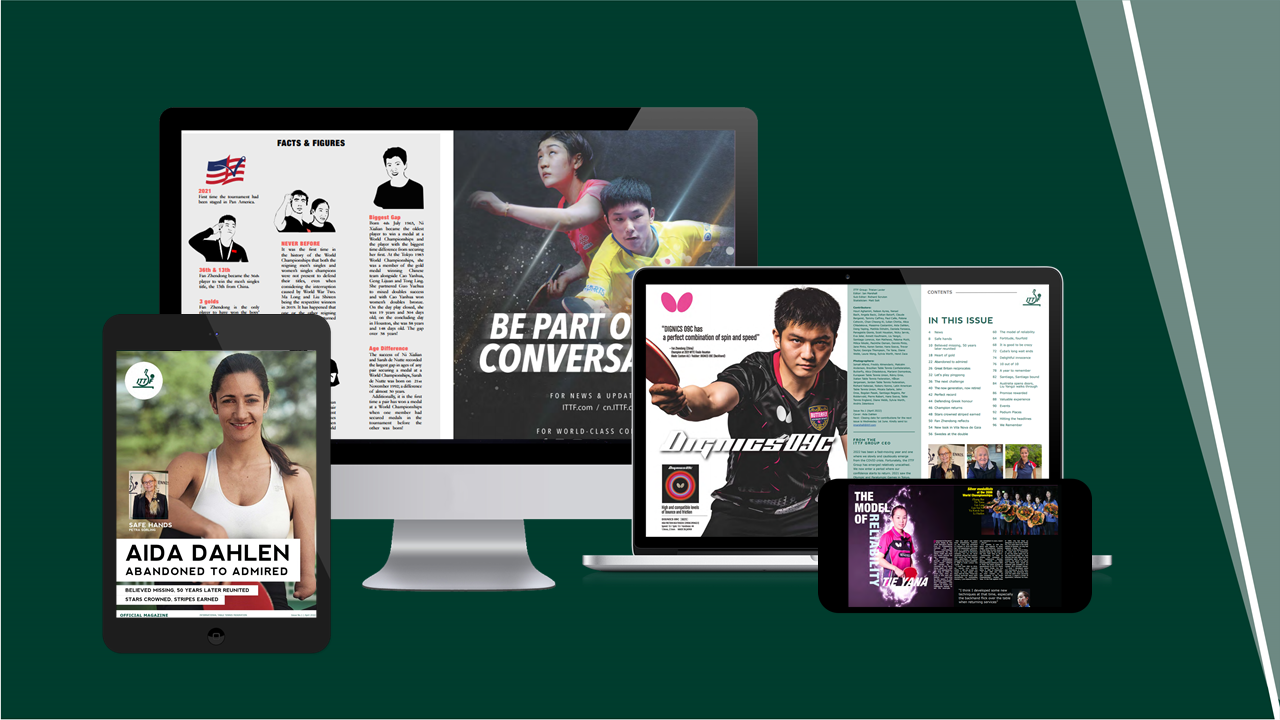 Information on present day players, promising talents and personalities of yesteryear, facts and figures highlighting recent events on the calendar, and news about the organisation will be available on the magazine.

A quarterly release in July, October and January has been planned after releasing the first edition this month.

Focus was on exceptional individual players for the first edition.

Tokyo 2020 Paralympic bronze medallist Aida Dahlen of Norway is the cover star of the first edition.

Dahlen, who has two World Championships medals, won the Norwegian Women’s Para Athlete of the Year award at the Sports Gala South following her Tokyo heroics.

Exciting teenagers from Europe and South America like Iulian Chirita, Annett Kaufmann, Santiago Lorenzo and Daniela Fonseca also had sections on them.