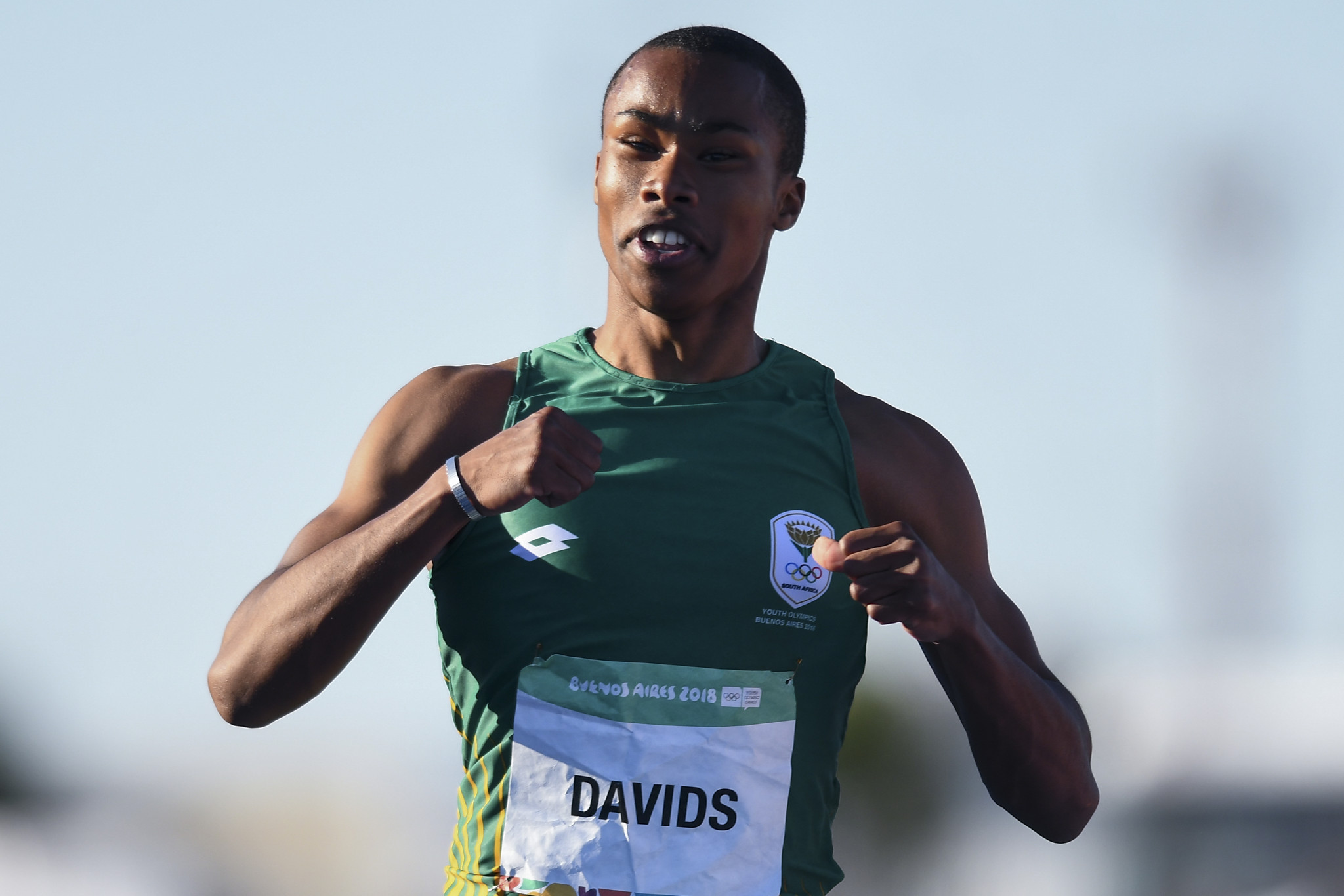 South African sprinter Luke Davids is aiming to deliver his best-ever performance in order to top the podium at this summer’s Chengdu 2021 World University Games.

Davids claimed victory in the 100 metres event at the 2018 Summer Youth Olympics held in Buenos Aires.

Coming from the small community of Belhar near Cape Town, Davids stormed over the line in 10.15 seconds to become the fastest junior sprinter at under-18 category.

"It was amazing, honestly," he said.

"The moment that you realise you’re the fastest in the world, that no one at the time is better than you… I’m definitely working towards feeling that way again."

While still in high school, the 20-year-old athlete won 100m bronze in his age category at the South African National Championships in 2017, before achieving gold at the Youth Olympics a year later.

"It changed by life in a big, positive way," Davids said.

"After winning, I received my first sponsorship deal, which let me help my family a bit, and really helped financially in taking a big weight off my mother’s shoulders."

Davids took bronze in the 100m event and silver in the 200m event during the 2019 African U18 and U20 Championships in Athletics held in Abidjan.

Despite being recently enrolled into the University of the Western Cape, Davids has managed to balance his academic priorities with his on-track duties.

"I personally believe its all in the mind," he said.

"I really want to achieve good grades in my studies, as well as be a better athlete than what I am now."

The unstable COVID-19 situation and injuries restricted the number of competitions he could participate in, but Davids is ready to meet other student-athletes at the Chengdu 2021 World University Games.

"I’m really looking forward to travelling the world again after a long time, while also meeting new people and interacting with other student-athletes," he said.

The Youth Olympics champion hopes to take gold at the Games and has already started to prepare himself to be able to accomplish this ambitious dream.

"I feel great, and preparations are going well," he said.

"Staying healthy and injury-free is my main focus.

Davids further mentioned that he aims to win "everything", including the Olympics, World Championships and the Commonwealth Games.

The Chengdu 2021 World University Games is scheduled to run from June 26 to July 7.

The Games were due to take place last year but was postponed as a result of the coronavirus pandemic.