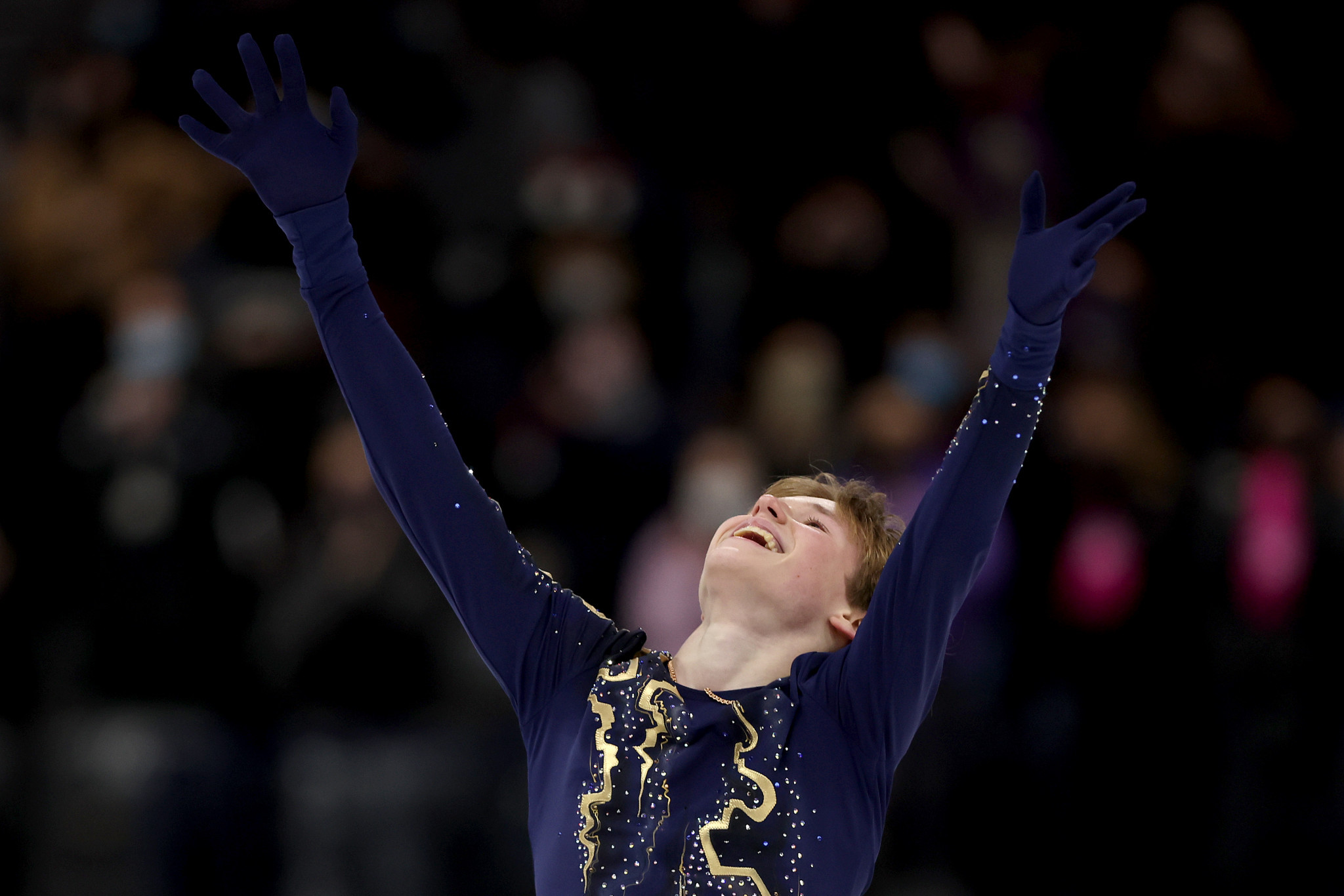 Malinin was the favourite prior to the event at the Tondiraba lce Hall in the Estonian capital.

He justified the billing by achieving a world junior record score of 88.99 in the short programme two days ago.

Malinin’s display was rewarded with a score of 187.12 points, surpassing the previous junior world record of 177.86 set by Japan’s Shun Sato in 2019.

Malinin, the son of Uzbekistani figure skaters Tatiana Malinina and Roman Skorniakov, enjoyed a dominant margin of victory in the overall standings.

The American skater enjoyed a cushion of 41.80 points to his nearest challenger Mikhail Shaidorov of Kazakhstan, who finished second on 234.31.

Shaidorov had been eighth after the short programme, but an impressive free skate saw him rise up the standings.

Japan’s Tatsuya Tsuboi completed the podium places by finishing third on a score of 233.82.

Wesley Chiu began the free skate in second place, but the Canadian slipped off the podium places as he ended fourth on 228.29.

The US could enjoy double singles success in Tallinn, with Isabeau Levito leading after the first day of the women’s event.

Levito achieved a score of 72.50 points in the short programme of the event.

The top five positions were all occupied by skaters from the US and South Korea.

Shin Ji-a and Yun Ah-sun of South Korea finished the short programme in second and third places, scoring 69.38 and 66.28 respectively.

Athletes from Russia and Belarus are absent for the World Championships, with the nations barred from International Skating Union events because of the invasion of Ukraine.