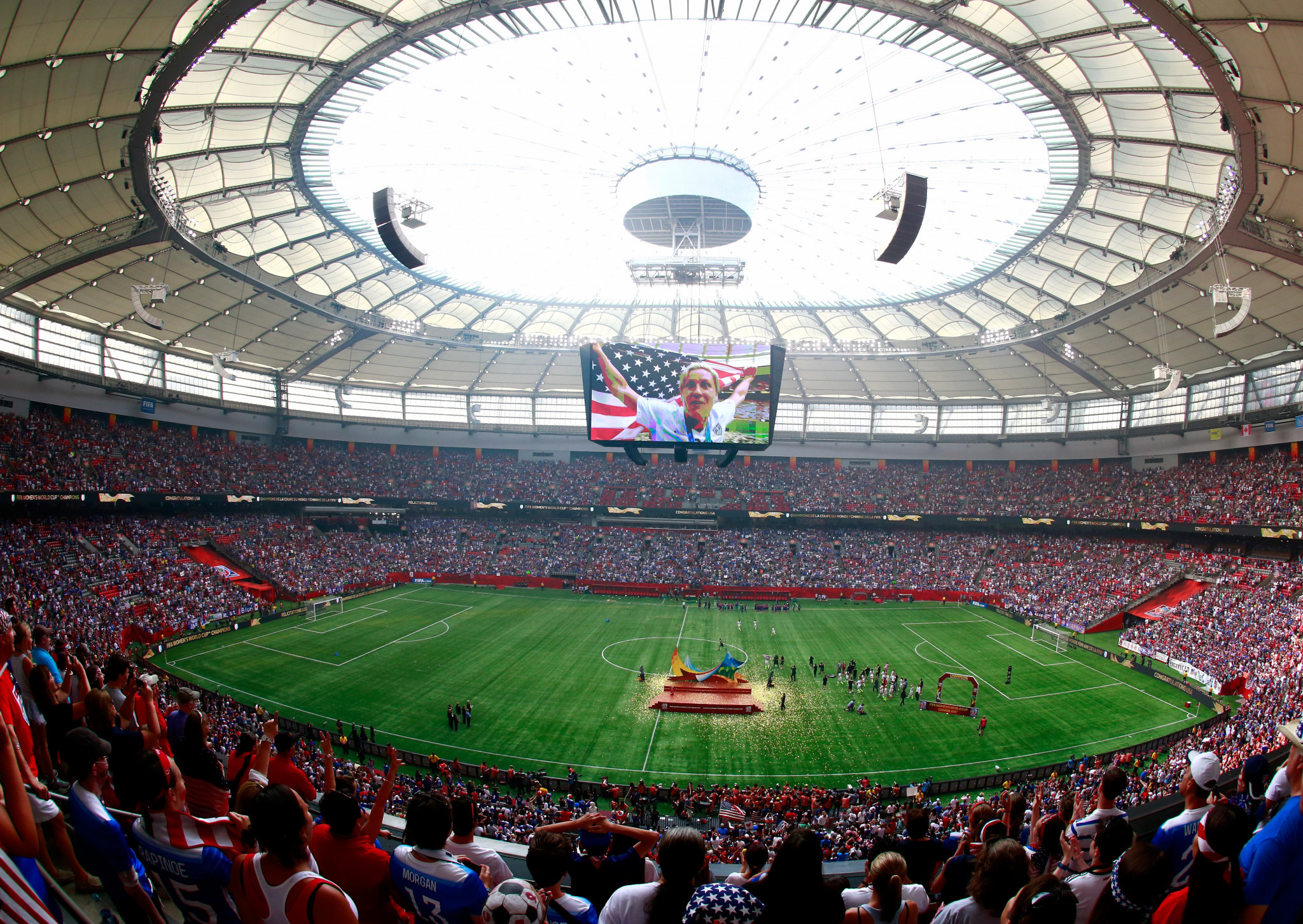 Vancouver is now a candidate host city for the 2026 FIFA World Cup with BC Place named as the proposed stadium following a recent inspection visit by the governing body.

A submission of documentation by the Province of British Columbia and the City of Vancouver led FIFA to approving the Canadian city as one of the country's two potential hosts.

The 54,000-capacity BC Place could host between three and five games, while BMO Field in Toronto and the Commonwealth Stadium in Edmonton are also currently in the running to be one of Canada's venues.

"Major sporting events like this one have the power to inspire people to play, get involved and shine from the playground to the podium," said Mark.

"These are gains that will echo in our families and neighbourhoods for the next generation and beyond.

"We have given it our best shot. We look forward to FIFA announcing the host cities in the coming weeks and are hopeful that Vancouver will be selected."

Vancouver Mayor Kennedy Stewart announced last month that the Government would put up to CAD 5 million (£3 million/$3.9 million/€3.6 million) towards a bid to bring the World Cup to British Columbia's largest city.

The United States and Mexico are also set to stage matches with 11 and three host cities allowed, respectively.

Out of the 80 total matches, the US is expected to host 60 while Canada and Mexico are due to have 10 each.

FIFA has also hired Amy Hopfinger as chief strategy and planning officer for the 2026 World Cup while Dan Flynn has been named senior executive advisor for the event.