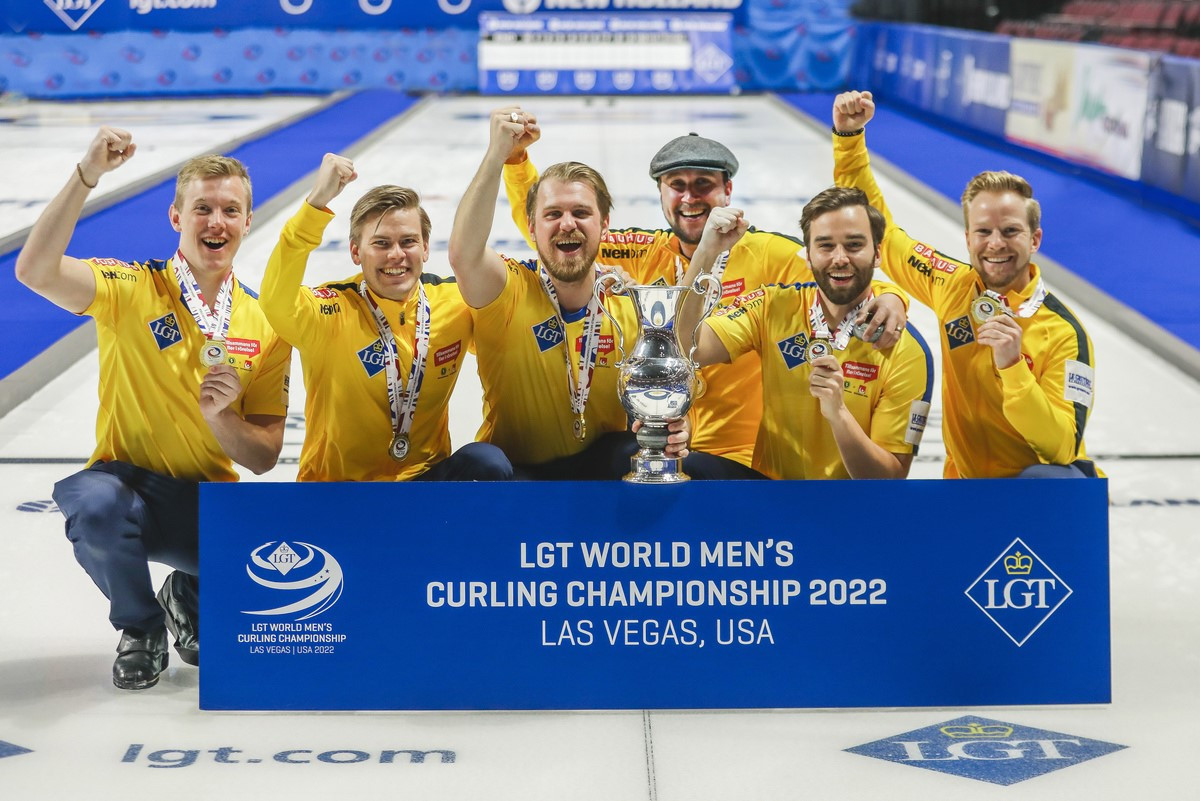 Niklas Edin's Sweden claimed their fourth world title in a row at the World Men's Curling Championship, with the quartet winning a star-studded final against Brad Gushue's Canada under the bright lights in Las Vegas.

Edin won his sixth world title as a skip and ninth medal in total from 11 appearances at the World Championships, aided by his team of Oskar Eriksson, Rasmus Wranå, Daniel Magnusson and Christoffer Sundgren.

Magnusson was standing in for the injured Sundgren, but the young lead filled the position capably.

Initially, the Canadians had the advantage, scoring in the opening end and then stealing for two, but Sweden replied with a score for two and a steal of one in the fourth.

A score for two with the hammer for Edin's side in the sixth was the turning point in favour of the defending champions, with both teams going into the final end tied at 6-6.

With his last stone, Gushue was unable to move the two Swedish stones closest to the house, meaning Edin did not have to throw with the hammer.

Sweden have become the first men's team to win the Olympic and world titles in the same year.

His rink - made up of Olympic mixed doubles gold medallist Amos Mosaner, Sebastiano Arman, Simone Gonin and alternate Mattia Giovanella - looked strong from the start, scoring four in the opening end, but Dropkin returned with a score of two and a steal for one too.

Italy extended their lead, but the killer blow was hitting the hosts for six in the seventh end, effectively making the rest of the match a procession.

Gonin was announced as the winner of the Collie Campbell Memorial Award, voted for by the athletes to recognise the player they think best exemplified curling's values and sportsmanship throughout the event.