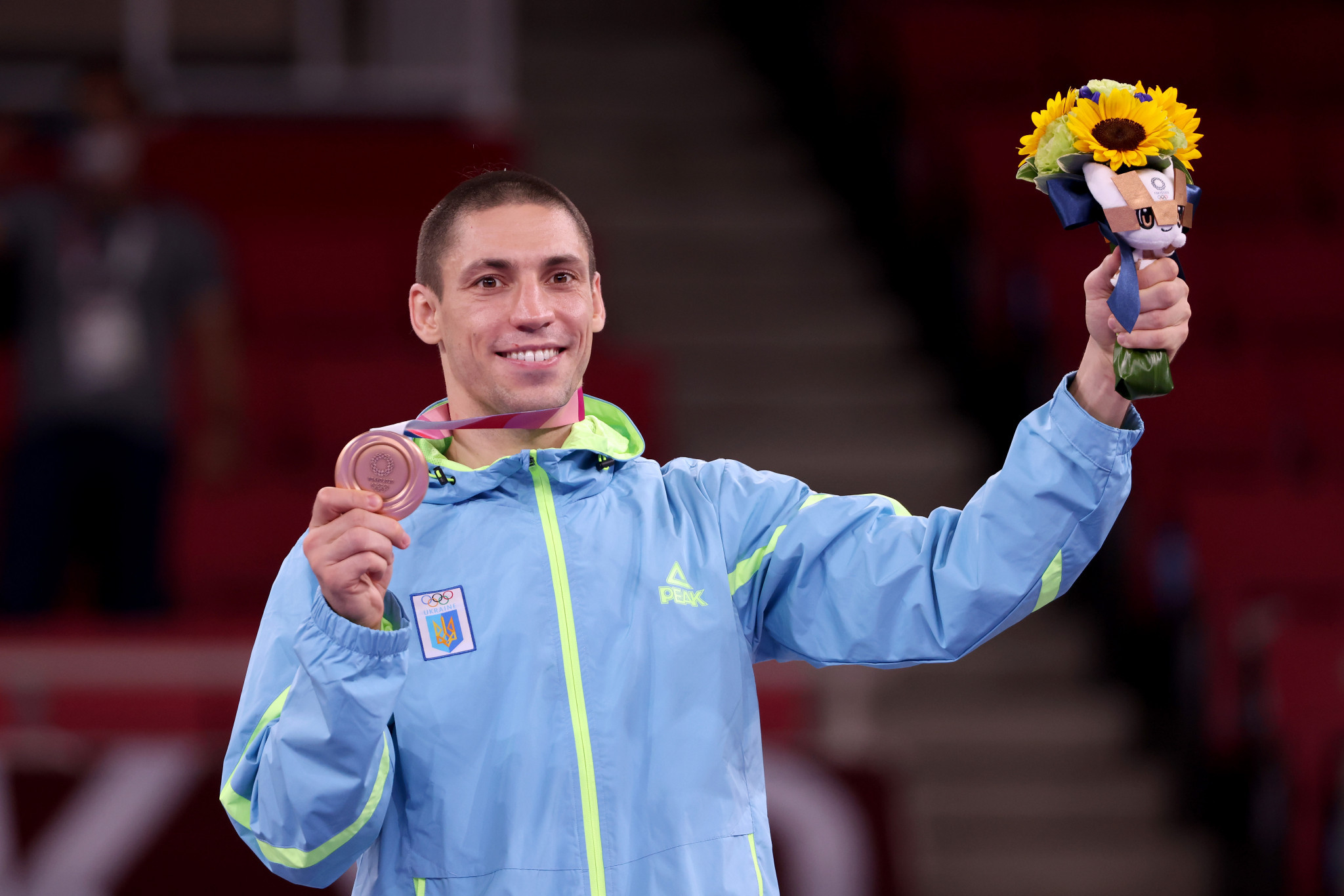 Bayern Munich striker Robert Lewandowski has donated a shirt he wore in Poland’s friendly against Scotland to an online auction in aid of humanitarian efforts in Ukraine.

The shirt, which bears his signature and a hand written message "Stop War" is part of a sale of memorabilia "to create awareness for the humanitarian disaster we are all witnessing in the center of Europe and to provide financial aid to the Armed Forces of Ukraine", according to a seller's description.

Stanislav Horuna, who won karate bronze for Ukraine in the under-75 kilograms kumite at Tokyo 2020, has given his medal to the cause.

"My Olympic medal is the most valuable one among that 200 medals I have won in the 19-year-period of my career, it symbolises every victory on my way to the Olympic Games," Horuna said.

"I want to sell it at the auction to support my people at this difficult time as nothing is more important than Ukraine now."

It is joined in the auction by another medal.

This has been given Danylo Sikan, who scored four times for Ukraine as they won the FIFA World Under-20 World Cup in 2019.

Sikan is currently on loan with Hansa Rostock in Germany during the crisis, from parent club Shakhtar Donetsk.

"One day the residential area and maternity hospital was subjected to massive shelling.

"Next day a school building suffered the same fate,

"Russians do everything to exterminate our children and our future."

Ukraine captain Andriy Yarmolenko, currently playing for West Ham United in the English Premier League, has given a pair of his boots to the sale.

"All my family is from Chernihiv and Chernihiv region, a territory which is suffering constant shelling," Yarmolenko reported.

"People are trying to hide in bomb shelters and basements and they have no water and electricity.

"I am a football player, but now I have no emotions about the game.

"My thoughts are away from football but when I see support from people on stands, rallies and protests with Ukrainian flags, when I see my family, friends and other people fighting it is impossible to play a bad game."

His national team-mate Viktor Kovalenko, currently with Spezia in Italy, has given a jersey which also has a "Stop War" message.

"My home city Kherson is occupied by Russian troops but each and every day I do everything possible to stay in touch with my family but the mobile connection fails constantly," Kovalenko said.

He fears that mobile networks were being deliberately interrupted by members of the invading forces.

"They fear the truth as it is clear they are not welcomed In Kherson," Kovalenko insisted.

"We lived in the beautiful city of Kherson, peaceful and friendly, we will bring our city back."

Serhiy Rebrov, now a coach, has donated the shirt he wore for Tottenham in the 2002 League Cup final.

The match was played on February 24, the very day 20 years later that Russian forces invaded Ukraine.