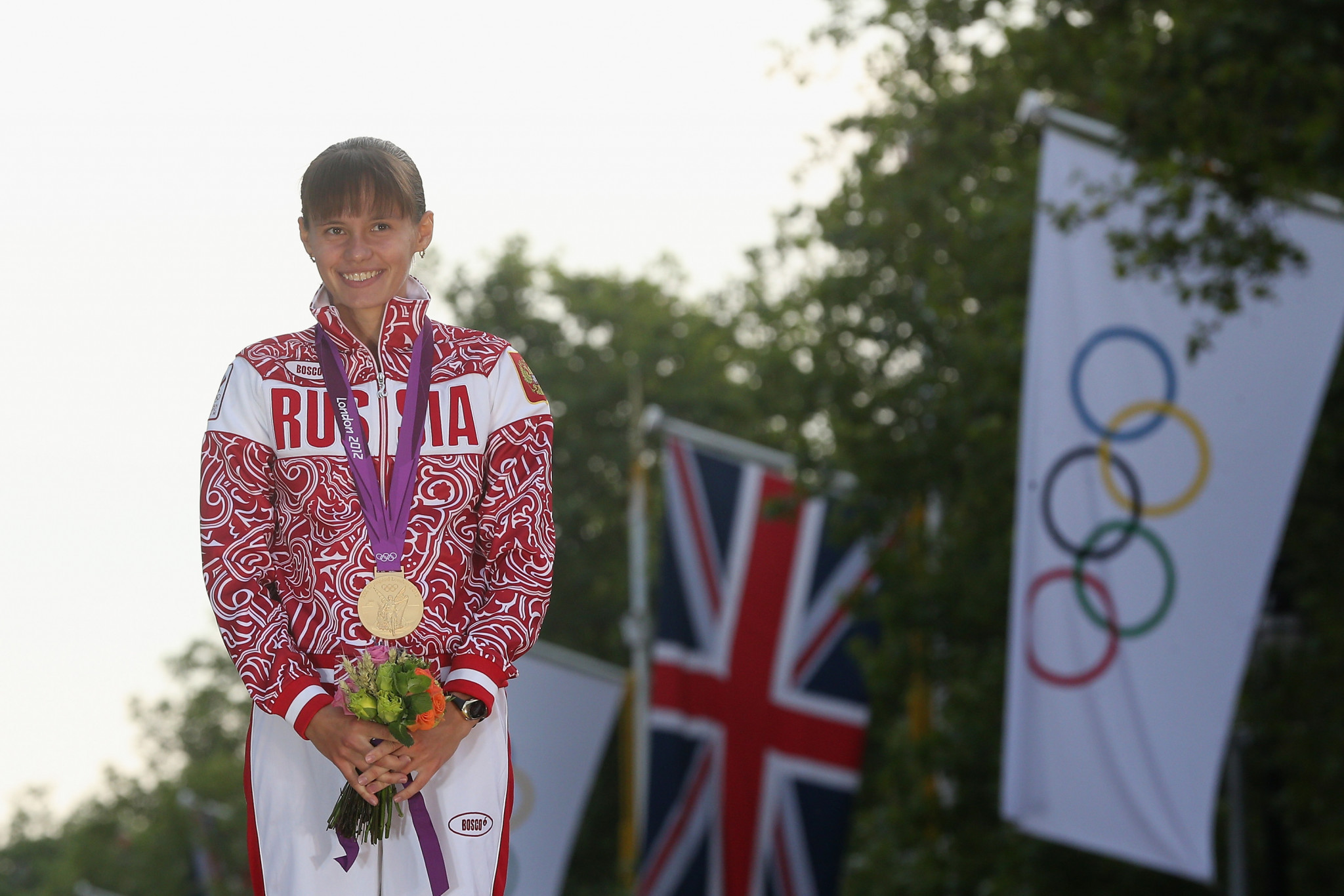 Yelena Lashmanova will be stripped of her London 2012 Olympics gold medal after being found to have breached anti-doping rules, with all nine Russian race walkers at the Games having now been disqualified.

Lashmanova claimed gold in the women’s 20 kilometres race walk at London 2012 in a then world record time of 1 hr 25min 2sec.

She will now lose the gold, as well as the 20km title from the Moscow 2013 World Athletics Championships.

"Following AIU charges based on LIMS data and the McLaren evidence, Russian race walker Yelena Lashmanova has been banned for two years, starting 9 March 2021, for the use of prohibited substances, a violation of World Athletics anti-doping rules," an Athletics Integrity Unit (AIU) statement read.

"Lashmanova has accepted the sanction proposed by the AIU, including disqualification of her results between February 18 2012 and January 3 2014.

"She is set to lose gold medals from the women’s 20km race walk event at the London 2012 Olympic Games and 2013 World Athletics Championships in Moscow."

China are now set to have a clean sweep of the women’s 20km medals at London 2012.

Qieyang Shenjie initially finished as the bronze medallist at the Games, but was upgraded to silver when Lashmanova’s team-mate Olga Kaniskina was disqualified in 2016 for a doping offence.

Qieyang is now set to receive gold, while compatriots Liu Hong and Lü Xiuzhi will complete the podium.

All three Russians who competed in the event were disqualified, with Anisya Kirdyapkina having also been sanctioned.

Sergey Kirdyapkin was stripped of his men’s 50km title at the Games, with Sergey Bakulin and Igor Yerokhin disqualified from the same event.

Vladimir Kanaykin, Andrey Krivov and Valeriy Borchin were all disqualified from the men’s 20km competition.

Russia had initially won eight athletics gold medals at London 2012, but their tally now stands at two following a series of disqualifications.

Their 18 athletics medals at the Games has fallen to seven.

Lashmanova joins Kirdyapkina in being disqualified from Moscow 2013, with the Russians having finished first and second.

Liu is now poised to be elevated to the gold medal position, with Chinese team-mate Sun Huanuan and Italy’s Elisa Riguardo set to receive silver and bronze.

Lashmanova had previously tested positive for banned hormones in 2014 and was also handed a two-year ban.

She had been coached at London 2012 by Viktor Chegin, who was later banned from athletics for life for his involvement in doping.

Lashmanova, who turns 30 next month, has now competed outside Russia since returning from her ban.