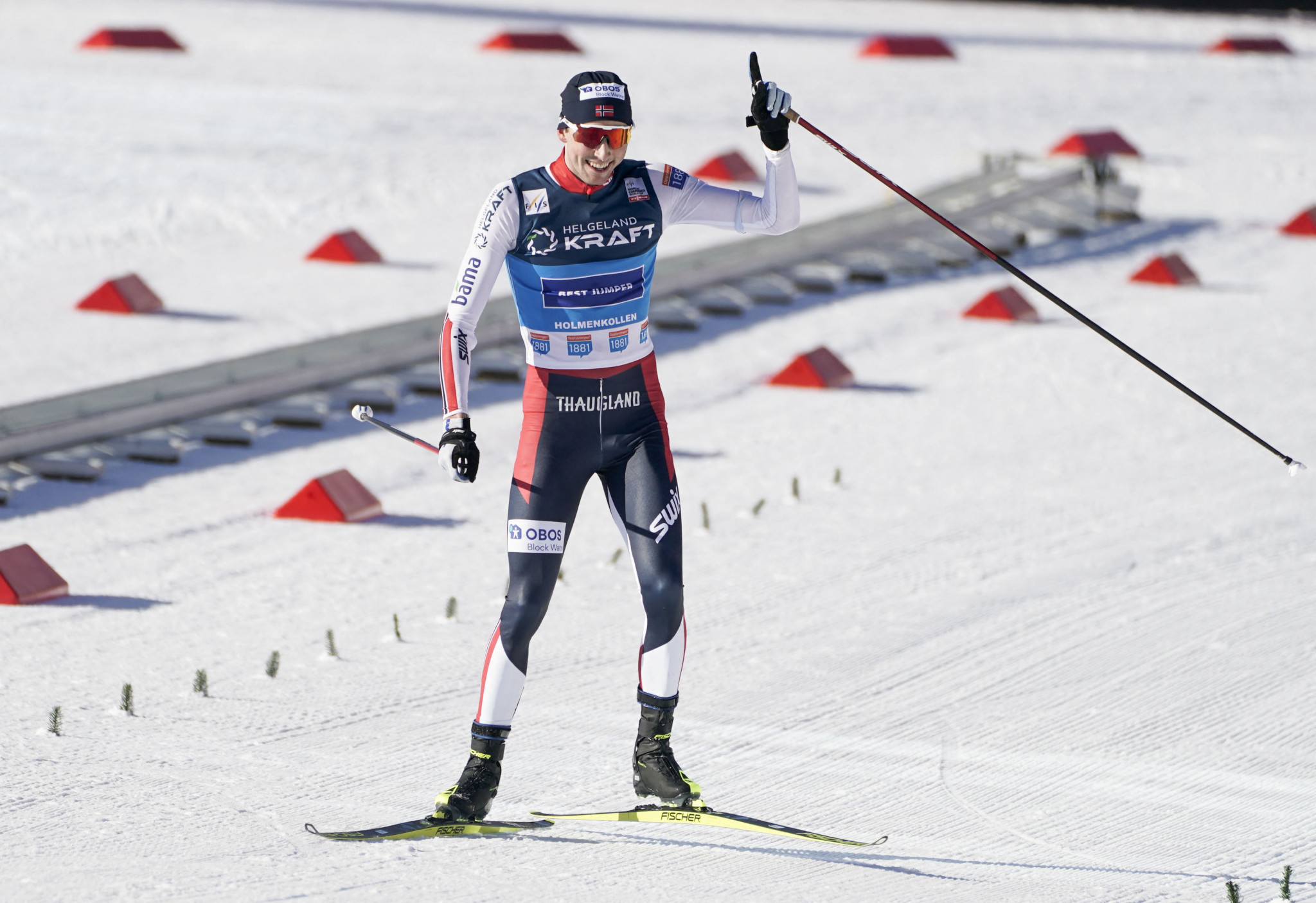 The Norwegian headed in with a one-point lead, with the winner being determined by who finished in front of the other.

Riiber was second to Ryota Yamamato of Japan in the ski jumping with the skiers scoring 151.1 and 152.1 points each respectively, with the gap between them being four seconds.

Lamparter improved on his performance from the day before to start just 28 seconds behind Riiber in third after scoring 144.2 points.

In the race, the Austrian got onto the back of the Norwegian, knowing he had to just beat him to the line.

The two were stuck together in the final kilometres of the 10-kilometres cross-country skiing, but Riiber with more in the tank, sprinted away to finish in 24min 23.9sec to seal the Crystal Globe.

It was his fifth-straight World Cup victory.

Lamparter, who was ailing in the last 200 metres, held onto the silver medal in front of Vinzenz Geiger of Germany.

Geiger, who was also third overall, took bronze in a photo finish with Jørgen Graabak of Norway, just five seconds behind Riiber.

Gyda Westvold Hansen from Norway ended the season in the women's World Cup with seven wins from eight, following her fall yesterday in the ski jumping section, which ended her perfect record.

Starting 42 seconds in front of Haruka Kasai of Japan and 52 in front of Ema Volavšek of Slovenia at the start, Westvold Hansen was reeled in by Volavšek, who faded and fell back behind Kasai.

Both got the lead down by a considerable margin, with the Norwegian holding on in a time of 14:58.9 for the gold, 7.8 in front of the Japanese skier.

Hagen and Volavšek were second and third in the overall standings.