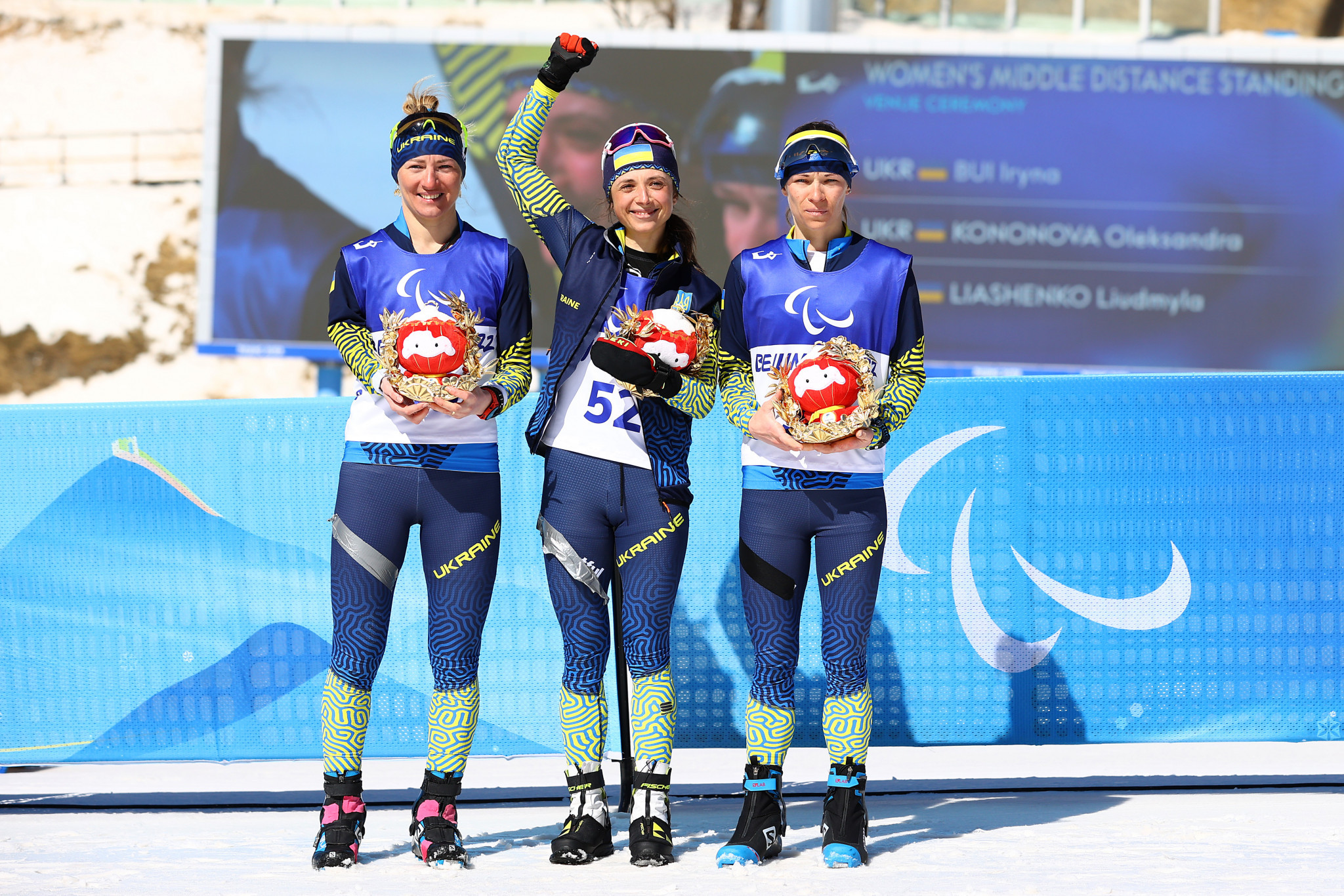 Newly crowned Paralympic champion Iryna Bui has dedicated today's Ukrainian podium sweep in the women's Para biathlon middle-distance standing to "each and every Ukrainian and all the soldiers in the Ukrainian army".

The Ukrainian one-two-three was the country's second of the Games in Para biathlon, following its success in the men's sprint vision impaired.

Gold medallist Bui devoted the podium sweep for those fighting in defence of her country following Russia's invasion.

"I'm really happy to share the podium with my team-mates," she said.

"I think that it's a big achievement for Ukraine to be represented by the three strongest athletes.

"We would like to dedicate our results and medals to each and every Ukrainian and all the soldiers in the Ukrainian army who protect us.

"With our performance we represent the whole country and this is our battle, here."

It was a sweet moment on a personal level for Bui after finishing fourth twice at Pyeongchang 2018, but she quickly reflected on what the achievement means in the context of the conflict in Ukraine.

"I was preparing for this special moment for 12 years," Bui said.

"It was my aim and I've been training really hard all of this time.

"But I came here with another thought.

"The whole world knows what's going on in Ukraine at the moment and now I know that I have a mission here.

"I represent the whole country.

"The whole country is behind me and with this medal I will just one more time promote the Ukrainian nation."

Ukraine's team of 20 are competing at Beijing 2022 amid a war in the country, which escalated following Russia's invasion on February 24 - just eight days before the Winter Paralympics Opening Ceremony.

Their presence in the Chinese capital has been hailed by International Paralympic Committee (IPC) President Andrew Parsons as "one of the most fantastic stories ever at any edition of the Paralympic Games".

Athletes from Russia and Belarus have been banned from Beijing 2022 in any capacity, after the IPC reversed its initial decision to allow them to compete under a neutral banner.

After Bui's success, Ukraine went on to achieve a third podium sweep in Para biathlon through Vitaliy Lukyanenko, Anatolii Kovalevskyi and Dmytro Suiarko in the men's middle-distance vision impaired.

They are second in the medals table at Beijing 2022 with six golds to their name.