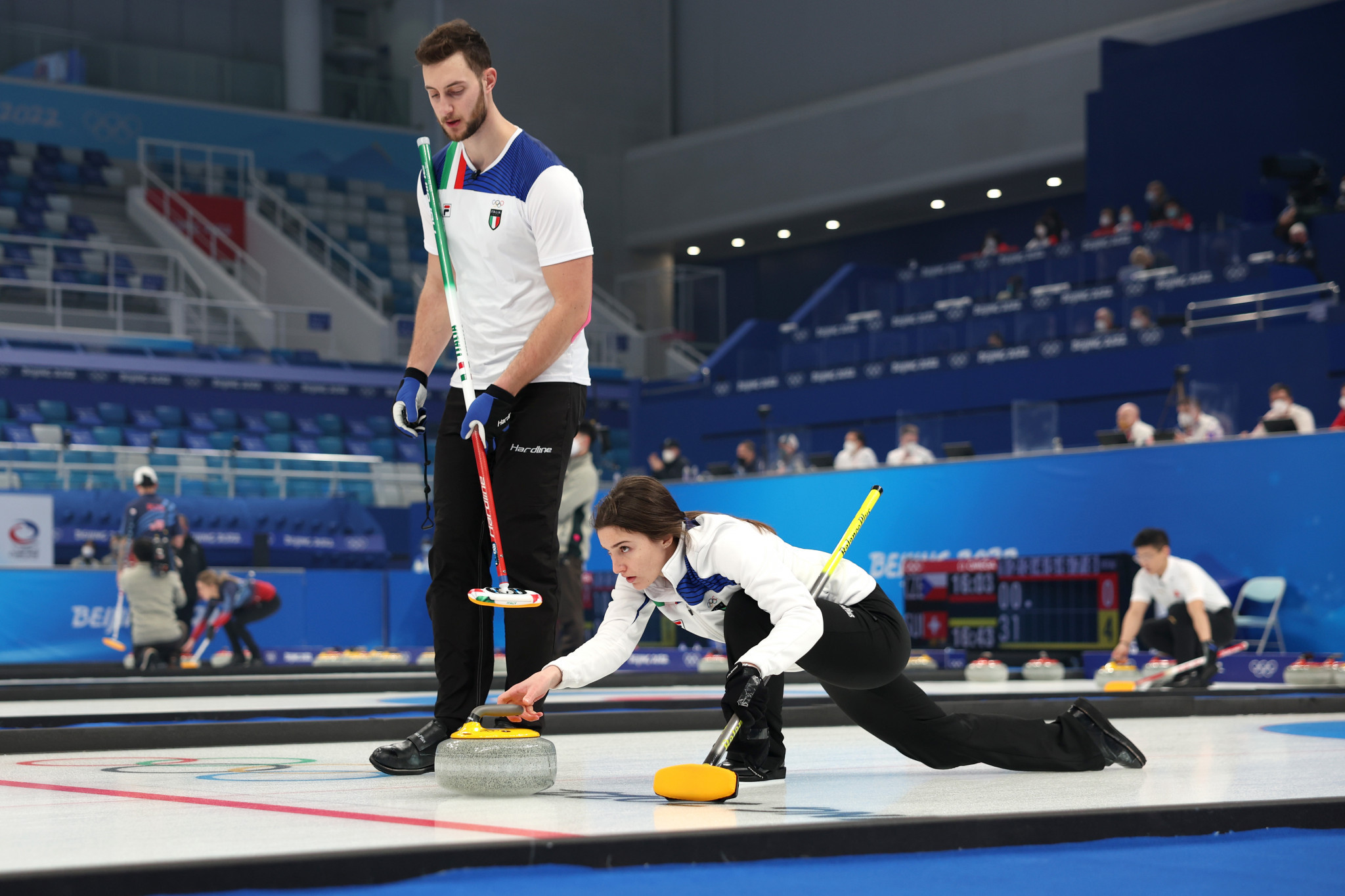 Speaking to insidethegames, Caithness noted the 50 per cent increase in membership since 2010 and attributed some of this to the mixed doubles event, which debuted at the Games at Pyeongchang 2018.

The event became one of the talking points of the Games as Australia qualified in curling for the first time in Olympic history, and less-established nation Italy went unbeaten on their way to the gold medal.

With just one man and woman needed, Caithness said it was an important step towards the sport growing in undeveloped curling nations.

"I think for the smaller countries, this is the perfect opportunity to get to the Olympics," said Caithness to insidethegames.

"One man and one woman is much easier to find than a four-man or four-woman team and to compete at this level.

"A way back when I was in Australia, I spoke to [Australian Olympic Committee President] John Coates and we spoke about how they could get Australia on the podium and I suggested to invest in one man and one woman - and here we are.

"It was just a fantastic achievement and now Australia is buzzing with curling.

"This is our perfect legacy for our sport and now hopefully they'll get their first-dedicated curling facility in Australia."

Australia's Tahli Gill and Dean Hewitt made the Games through the World Qualification Event and went on to win their last two matches in the round-robin stage, finishing bottom of the 10 teams.

In contrast, Australia's men's and women's teams only finished sixth at the Pacific-Asia Curling Championships in 2019.

Italy finished third in the men's and sixth in the women's competitions at the 2021 European Curling Championships.

They have never won a European or world title.

"As for Italy, it's a fairy-tale story," added Caithness.

"They totally deserved to be on the podium, but quite unexpected to finish unbeaten.

"It was a great advert for our sport and a great encouragement for smaller countries to get to the Olympics.

"I think the mixed doubles appeals to the young and it's such a physical event.

"I know we wanted another event in the Olympics and we had the opportunity to introduce a totally different format to the regular curling and people have just fallen in love with it."

The WCF President was part of the Beijing 2022 Coordination Commission, which was chaired by Juan Antonio Samaranch Jr., calling the experience a "privilege" but said she was disappointed that the COVID-19 pandemic had made the role switch to a virtual format over the past couple of years.

However, she praised the closed-loop system and the National Aquatics Centre - better known as the "Ice Cube" - which held curling at the Games.

"This is the safest place in the world," added Caithness regarding the COVID-19 protocols at Beijing 2022 which include daily testing, mandatory mask wearing and social distancing.

"In the last two days [at the time of interview], not one case - so what they've done inside the loop has been fantastic.

"When we came here in October, we went through the same procedure and everyone went in and out clean.

"It's just a pity that people from other parts of the world haven't had the opportunity to see it first-hand.

"It's the best venue we've ever had and it's showcasing our sport.

"I was here in 2008 for the Paralympics for swimming and you can hardly believe this has been transformed from a swimming pool to this fantastic facility.

"The work they've done to make this happen is outstanding.

"The technology to transform this facility is outstanding."

Caithness is set to step down as the President of the WCF after 12 years in September, having taken up the role in 2010.

She had previously served as the vice-president of the organisation from 2006 until 2010.

When she was elected as President, she became the first female Olympic winter sports leader.