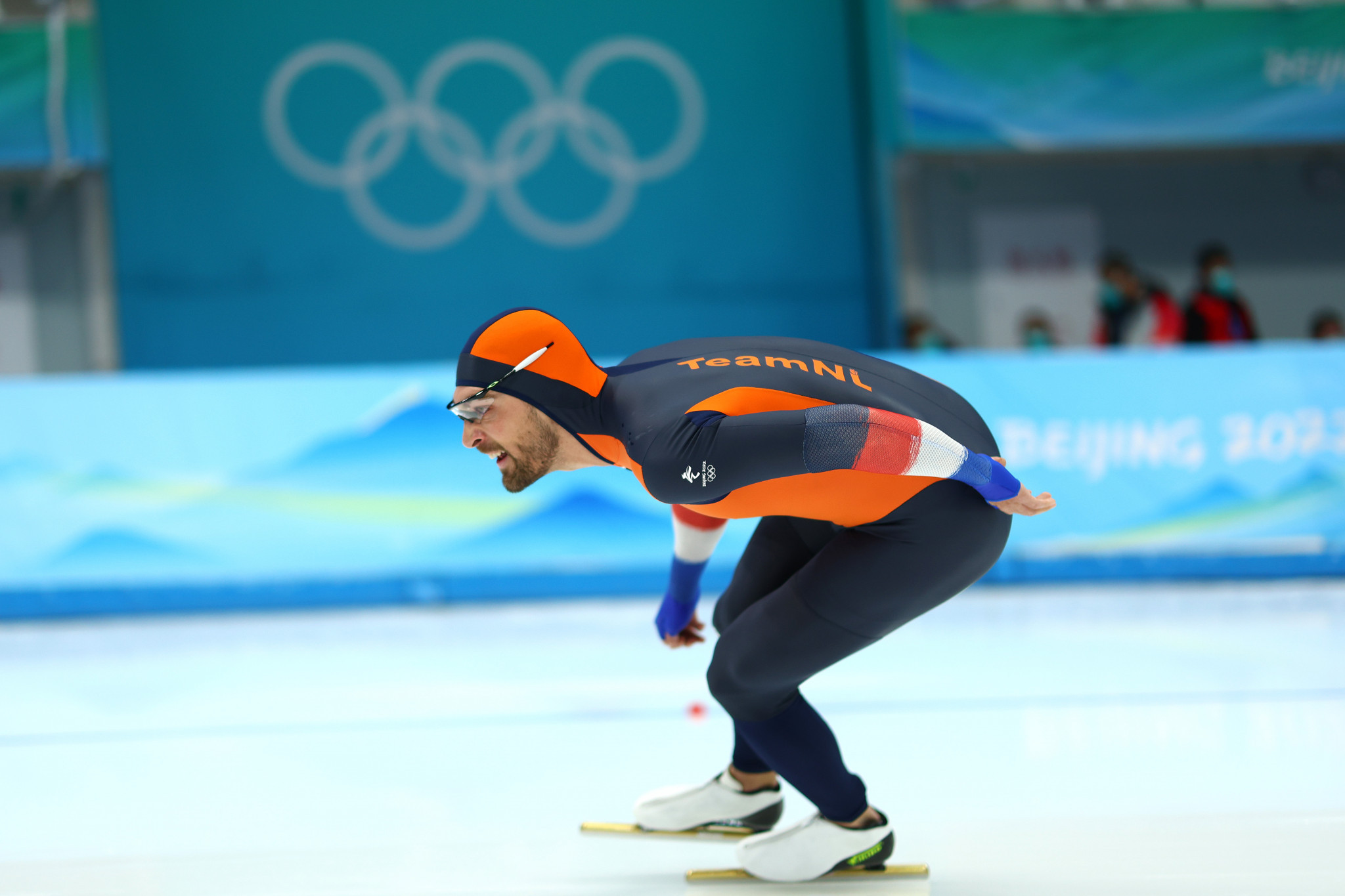 "I've dreamed about this but wasn't so confident as from four years ago, I cannot believe it," Nuis said.

"At every single competition for the past years, the speakers would always announce me as the reigning Olympic champion and to be honest, that's pretty tough to hear over and over again," he admitted.

Krol skated in the pair immediately before Nuis went out and had blasted out to break the Olympic record.

"For three minutes I really thought it would be enough, that would be it," Krol said.

"I skated an Olympic record and that was confirmation that I skated a good race today.

"I couldn't have gone faster, unfortunately Kjeld did his best race of the year as well."

Nuis went even faster to lower the Olympic mark by a further 0.34sec.

The 32-year-old is the first athlete to win this title back-to-back since Johann Olav Koss of Norway did so at Lillehammer 1994 and Albertville 1992.

The Netherlands have won three of the four speed skating finals at Beijing 2022 so far, and half of the total 12 meals.

Kim's medal represents the first the South Korea team have won at the entire Winter Olympics, following what has been a bitterly underwhelming campaign to date.