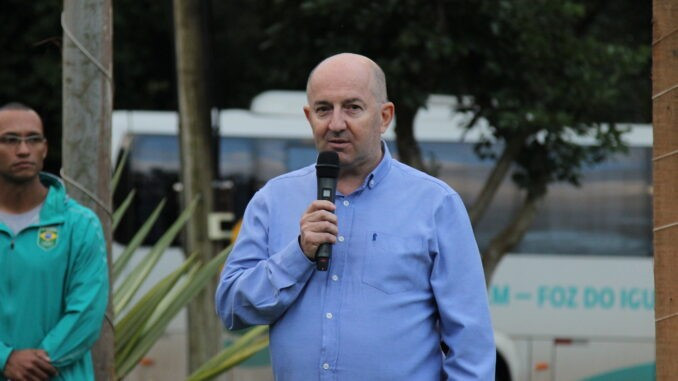 The 2016 Olympic slalom venue has been renamed after João Tomasini Schwertner, Brazilian Canoeing Confederation’s (CBCa) former President, for his passion and commitment to the sport.

Tomasini, who died in January 2021 after contracting COVID-19, was honoured by the city of Rio on Thursday (February 3) when they performed an official baptism of the Olympic Slalom Channel, located in the Radical Park in Deodoro.

The venue has been renamed the Olympic Canoe Slalom Channel - João Tomasini Schwertner.

"It has been just over one year since Joao Tomasini left us, and we still every day miss his presence and his experience," said Thomas Konietzko, President of the International Canoeing Federation (ICF).

"Renaming the canoe channel after Joao is a wonderful gesture by the local authorities, and we thank them very much for honouring the memory of our friend.

"Joao did so much for canoeing, not just in Brazil and the Americas, but also globally.

"It is fitting that he be remembered in this way."

Tomasini served three decades as the President of the CBCa and played an integral role in international canoeing.

The canal that was built to host the canoe slalom competitions at Rio 2016 is also home to a sports school which bears Tomasini’s name.