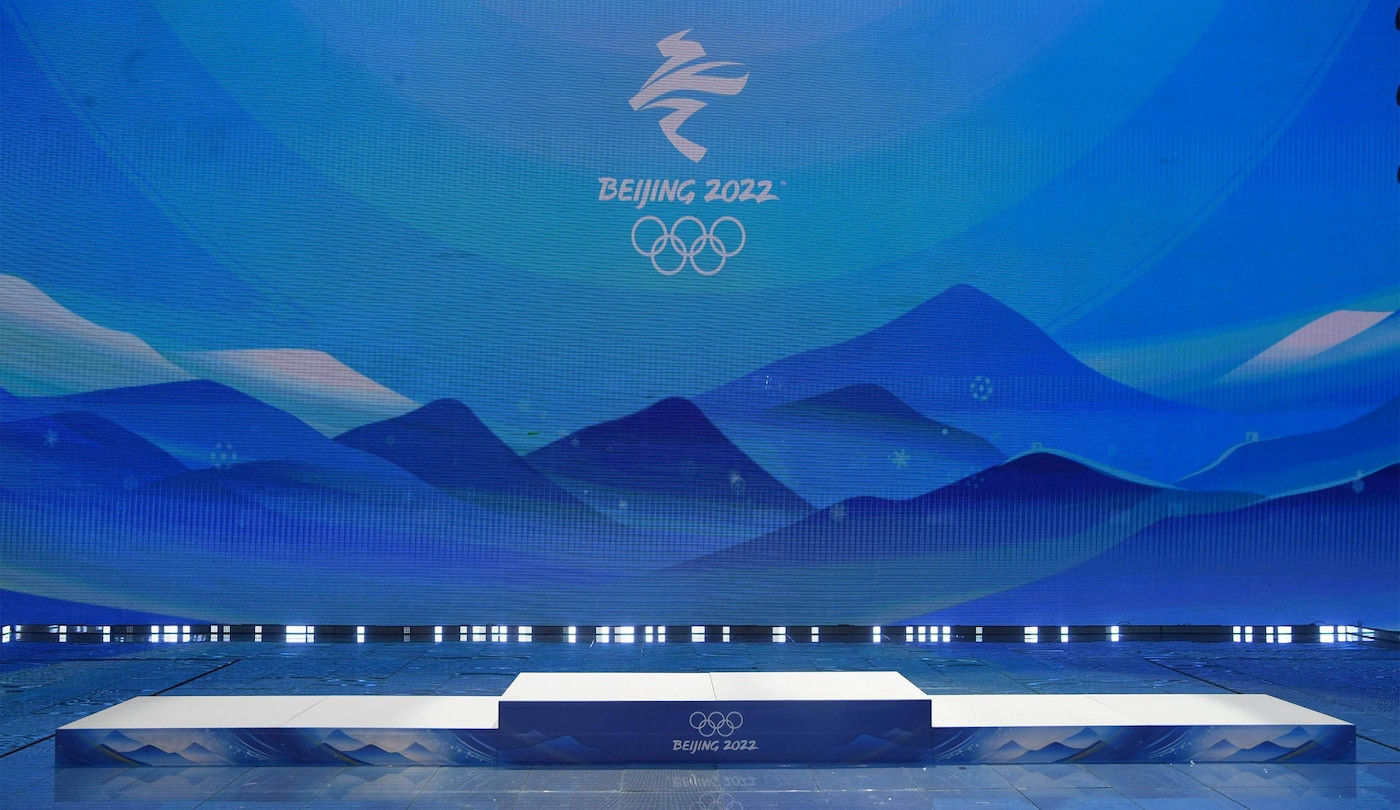 Athletes will not be required to wear a mask when receiving their medals at the upcoming 2022 Winter Olympic Games in Beijing under updated rules announced by organisers and the International Olympic Committee (IOC).

Beijing 2022 and the IOC have relaxed the COVID-19 regulations that will be in place for the medal ceremonies at the Games, set to open next Friday (February 4).

At last year's postponed Olympics in Tokyo, athletes could only remove their masks for a photo opportunity for a maximum of 30 seconds.

Competitors who make it to the podium at Beijing 2022 will be allowed to be maskless when they receive their prize, although they are likely to be asked to drape their own medals around their necks, as was the case at Tokyo 2020.

They will be invited to put back their masks "after completion of the anthem for a victory ceremony or final sentence of the script for a venue ceremony, while still on the podium...before either a group photo on the gold podium or before stepping down from the podium or moving away from their position".

Athletes will be permitted to remove their mask again to take individual or team photos while maintaining the required social distancing outlined in the playbooks, the series of rules implemented by the IOC and organisers to mitigate against the risks posed by COVID-19.

The IOC initially urged athletes to keep wearing masks during the medal ceremonies at Tokyo 2020 but loosened the regulations after several athletes were seen on the podium without one.

"Aligned with the requirements of the Beijing 2022 playbooks and scientific advice, the victory ceremony protocol has been adapted to allow athletes to share their emotions with the world during this unique experience in their sporting career, while also helping media to fully capture the moment," the IOC said.

The Beijing 2022 Winter Olympics are scheduled to run until February 20.