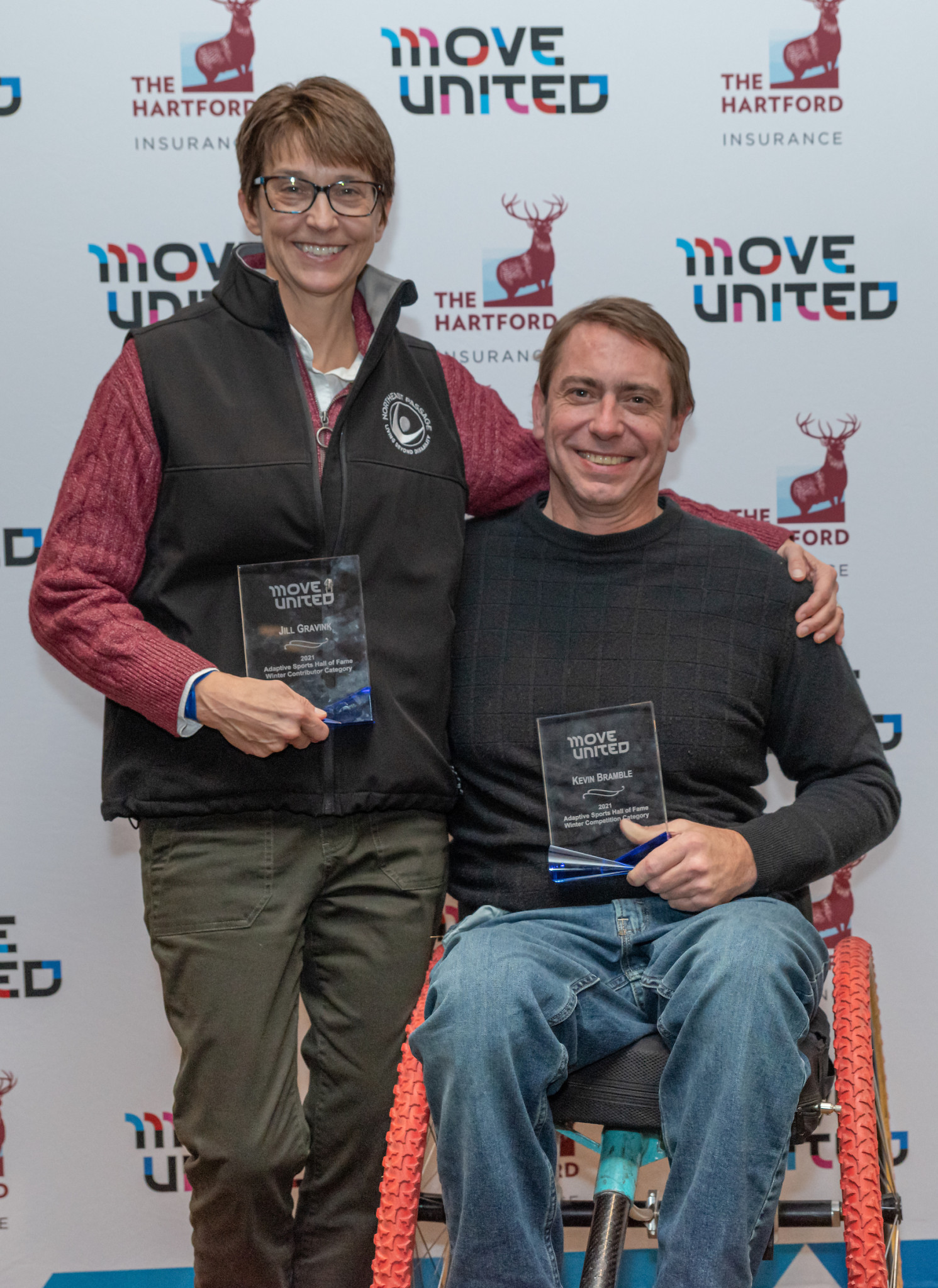 Individuals who have made significant contributions to adaptive sports can be nominated for places on the Hall of Fame, with two of the awards reserved for summer sports and two for winter sports.

Bramble and Walters-Thompson were confirmed as 2021's entrants to the Hall of Fame from the competitors category, with Kelly Behlmann and Jill Gravink awarded the honour as contributors to their sport.

After becoming paralysed in a snowboarding accident in 1994, Bramble took up Para Alpine skiing, and won downhill gold at the Salt Lake City 2002 and Turin 2006 Winter Paralympics.

He has since served an important role in the development of adaptive equipment, including the KGB mono-skis and the Terra downhill mountain bike.

Walters-Thompson was a member of the American ski team, before an accident in 1985 left her paralysed.

She then featured for the US at the Sydney 2000 Paralympics in the women's wheelchair basketball team, and also took up wheelchair racing.

On the contributor side of the awards, Behlmann founded the Disabled Athletes Sports Association (DASA) in the mid-1990s, developing sports programmes in St Charles, St Louis and Columbia in Missouri.

She then founded the Gateway Games in 1997 and the DASA summer day sports camps for children with disabilities in 2000.

Three Para ice hockey gold medallists and a three-time track Paralympic medallist are among the athletes who have benefited from the DASA's work.

In 1990, Gravink founded Northeast Passage, which merged with the University of New Hampshire 10 years later.

This programme served 6,000 people in 2020 across nine adaptive recreation sports and four competitive team sports, and has contributed Para ice hockey players to the American team at every Winter Paralympics since Nagano 1998.

The awarding of places on the Hall of Fame is administered by Move United, which is an affiliate of the United States Olympic and Paralympic Committee and offers opportunities for individuals with disabilities to participate in 70 adaptive sports.

It was formed in May 2020 following a merger of Disabled Sports USA and Adaptive Sports USA.