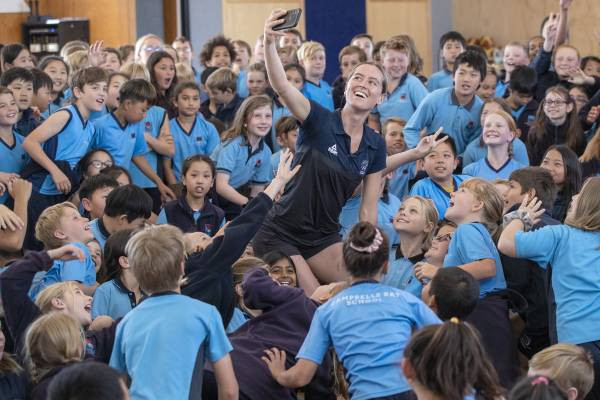 The New Zealand Olympic Committee's (NZOC) education programme inspired more than 250 schools to get involved in a 2,000 kilometres challenge in the build-up to Tokyo 2020 through its "My Virtual Milestone Mission to the Tokyo Olympics" initiative.

It aimed to garner interest for the Olympic Games among students by challenging them to move, walk or run between 25 and 30km a day as a group.

An educational aspect was also implemented as participants were encouraged to research famous Japanese places such as Hiroshima, Peace Park and Mount Fuji.

Throughout the challenge, they were rewarded with messages from the programme's Olympic ambassadors, including Rio 2016 canoeing silver medallist Luuka Jones of New Zealand.

"From a secondary school perspective, the NZOC resources allow students to learn through a variety of means, get a taste of Japanese culture, and explore key Olympic values," said Cindy Gilbert, from Gisborne Boys’ High School.

"As well as more obvious literacy, geography and history skills - empathy and the understanding of resilience can be developed."

"I think many of our ambassadors have got as much out of the program as the kids have," said NZOC education manager Rob Page.

"It's an opportunity for the athletes to give back and offer insight into the challenges and successes of their campaigns."

More than 3,000 schools now take part in the programme.

It is praised for offering different learning styles and resources which are Olympic-themed but applicable to the curriculum.