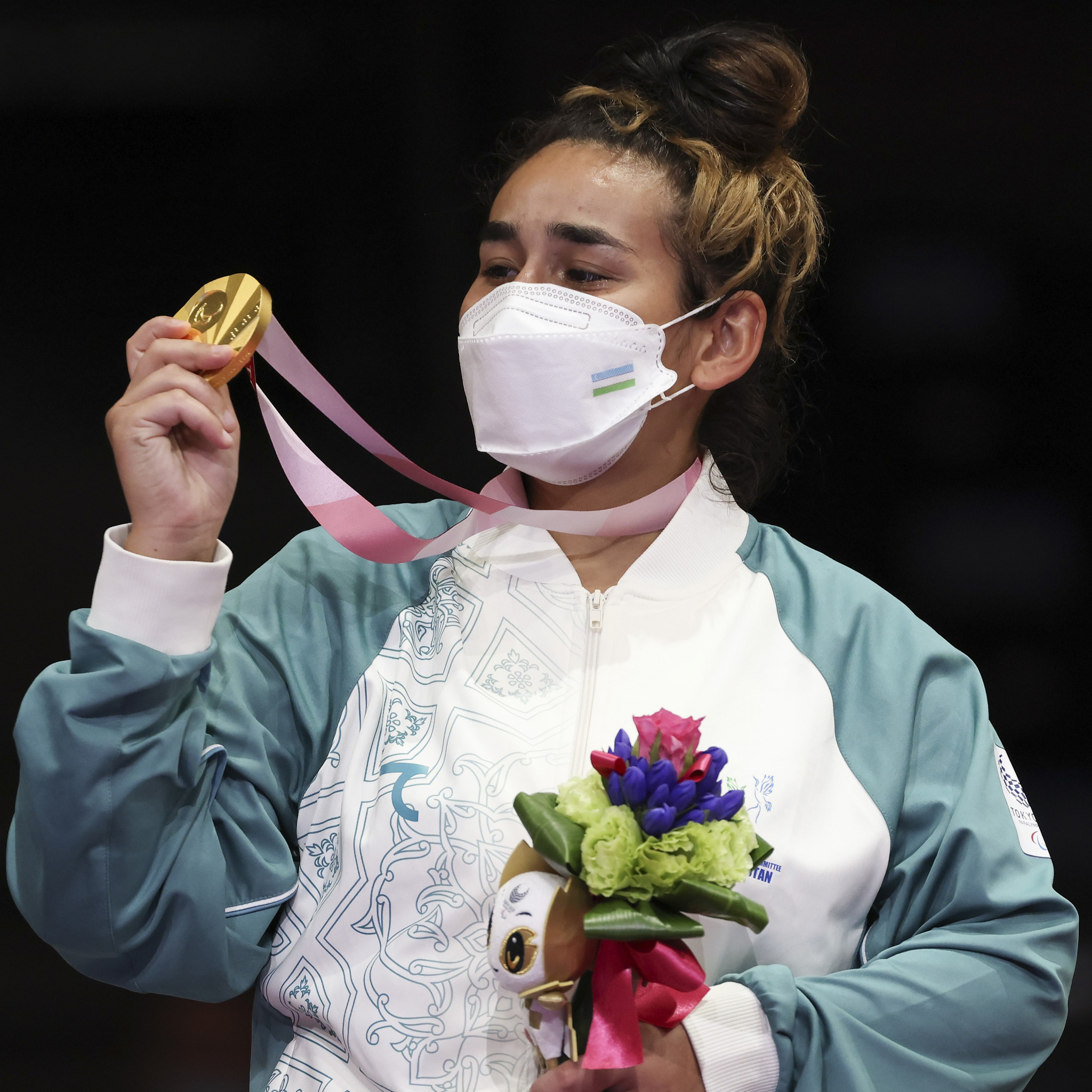 At the age of 20, Guljonoy Naimova made Uzbekistan proud by earning gold at the inaugural Paralympic taekwondo competition at Tokyo 2020. She followed up with her first world title.

Naimova's achievement in the women's K44 over-58 kilograms division in Tokyo was all the greater for including victories against her two main rivals - Britain's 2017 world champion Amy Truesdale and Debora Menezes of Brazil.

The Uzbek athlete looked ready to succeed Truesdale as world champion at the 2019 World Championships in the Turkish city of Antalya but lost 7-3 in the final to Menezes, who thus claimed a first global Para-taekwondo title for her country.

Later that year, Naimova's ambition was thwarted once again as she had to settle for bronze at the Asian Para Open Taekwondo Championships in Amman, with Truesdale claiming gold.

But her semi-final meeting with the Briton in the heavyweight category at the Tokyo 2020 Paralympics saw her progress with a startling 60-14 scoreline.

Awaiting her in the final on the last day of competition in the Makuhari Messe Hall B was Menezes, who had earned a similarly emphatic result in her semi-final, beating Ukraine's Yuliya Lypetska 55-10.

It took 40 seconds before either finalist landed a score, with Naimova first on the board after knocking Menezes to the floor with a kick to the body.

Menezes, 13 years older than her opponent, was then penalised twice as Naimova moved into a 4-0 lead at the end of the first round.

The Brazilian responded with a turning kick to the body to close the gap to 4-3, only for Naimova to land another blow to ensure a three-point cushion going into the final round.

Naimova managed to keep Menezes at bay in the first minute of the third round, before scoring with a kick to the body to move 8-3 ahead.

The Uzbek fighter was penalised and almost got caught with a kick to the head late on, but managed to hold on to win 8-4.

Five months after that Tokyo flourish, Naimova produced another in Istanbul as she earned her first world title after earning a narrow victory over her rival Truesdale in the final.

Truesdale had reached that match the hard way via a semi-final against the woman who had succeeded her as world champion in 2019, Menezes, and it was not until the final minute that Naimova found the way to take gold.

"I'm in shock," Naimova told World Para Taekwondo after her win. "The excitement is higher at the Worlds than at the Paralympic Games because of the pressure.