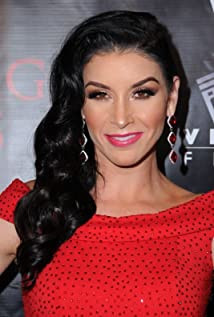 Baver, who claimed bronze as part of the United States' 3000 metres relay team at the 2010 Winter Olympic Games in Vancouver, was indicted by a Federal grand jury in Salt Lake City on nine counts of fraud last month.

Eight of the counts are for making false statements to a bank, while the other is for money laundering in filling claims between April 13 and 26 in 2020.

According to Federal prosecutors, Baver claimed she had more than 400 employees working for her company, Allison Baver Entertainment, and a payroll of over $4 million (£2.9 million/€3.5 million) in a Paycheck Protection Program application - a pandemic loan scheme set up to aid certain businesses pay for staff and other expenses.

Court documents reportedly show that Baver filed several applications in April 2020 for the loans but prosecutors found that Allison Baver Entertainment had no employees and no monthly payroll.

She claimed to be a producer on No Man of God - an American crime mystery film directed by Amber Sealey and featuring Lord of the Rings star Wood.

The film is ased on real life transcripts selected from conversations between serial killer Ted Bundy and FBI Special Agent Bill Hagmaier that happened between 1984 and 1989, and the complicated relationship that formed between them during Bundy's final years on death row.

The film, produced by Wood's production company SpectreVision. was released in the US last August to positive reviews.

During her short track speed skating career, Baver represented the US at three Winter Olympic Games, at Salt Lake 2002, Turin 2006 and Vancouver 2010.

Bayer teamed up with Alyson Dudek, Lana Gehring, Katherine Reutter and Kimberly Derrick to clinch bronze in the women’s 3000m relay behind Canada and winners China at Vancouver 2010.

Baver has not yet entered a plea.

If convicted, she could face up to 30 years in prison on bank fraud counts and 10 years on a money laundering count.