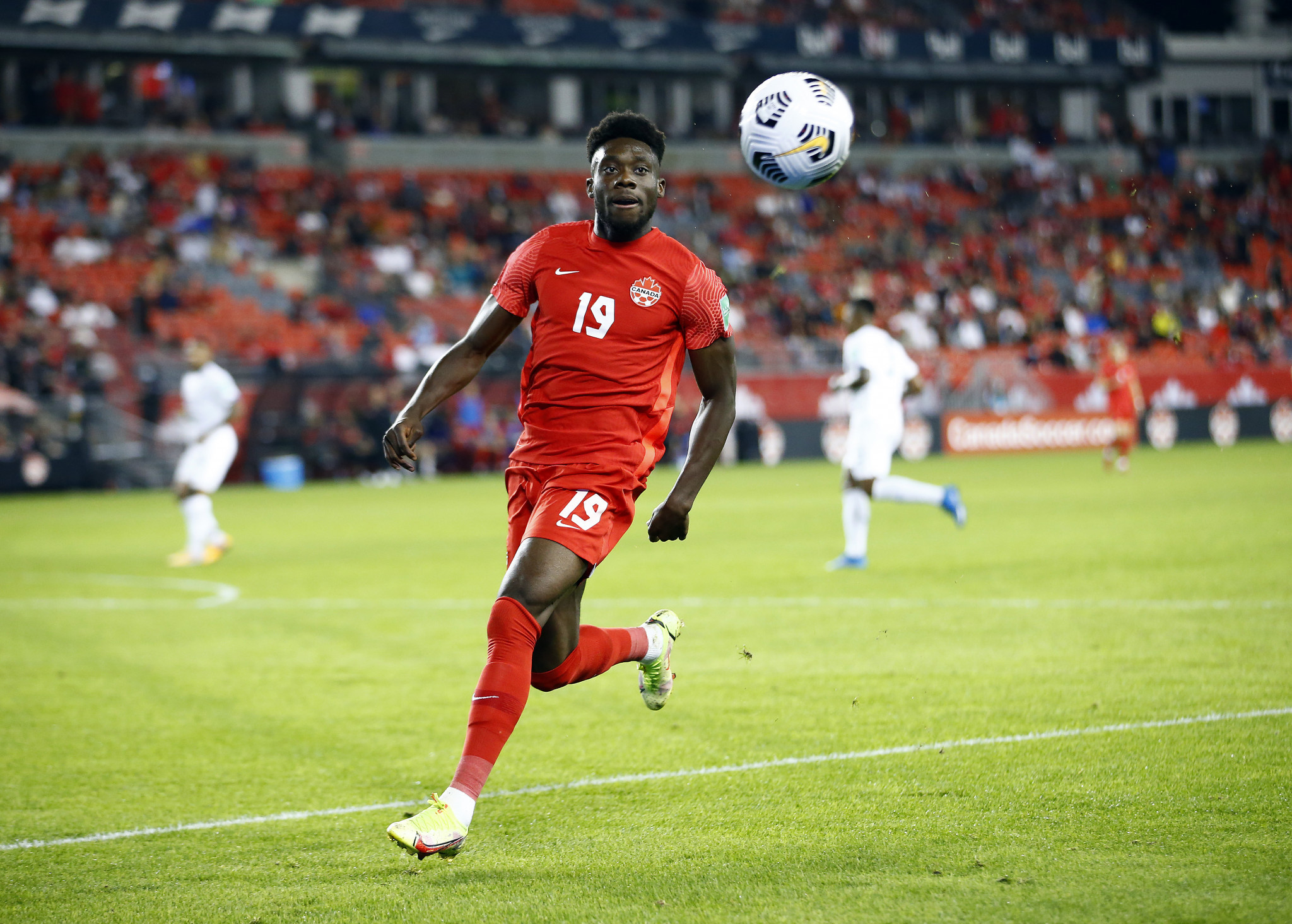 Alphonso Davies is set to miss three upcoming FIFA World Cup qualifiers for Canada due to signs of mild myocarditis after contracting COVID-19.

Canada Soccer confirmed that Davies will miss the away match at Honduras and the home fixture against the United States at the end of January, as well as the trip to El Salvador in February.

His club team - German champions Bayern Munich - announced on January 5 that Davies had tested positive for COVID-19, and manager Julian Nagelsmann confirmed that he had suffered complications in his recovery.

"With Phonzy [Davies], when we did our follow-up examination yesterday that we do with every player that has had COVID-19, we detected signs of mild myocarditis, i.e. an inflammation of the heart muscle," Nagelsmann said.

"He won't be available, also in the coming weeks.

"The ultrasound shows this myocarditis isn't so dramatic but it's a sign of myocarditis.

"Still, it has to heal and that will definitely take some time."

Davies has been fully vaccinated against COVID-19, and Canadian public broadcaster CBC reported that Nagelsmann was unsure whether his infection had triggered the issue.

"It doesn't matter if Alphonso Davies had this from the flu or omicron, delta, or whatever," the Bayern Munich manager said.

"That's not really the decisive factor.

"The situation is that it's absolutely awful, terrible.

"A bad situation for us."

Davies is one of the stars of the Canadian men's team on track to qualify for this year's FIFA World Cup for the first time since 1986.

Canada are top of the Confederation of North, Central American and Caribbean Association Football's final round of qualifying for the World Cup in Qatar.

The top three teams from the group of eight will qualify for the tournament, with the fourth-placed side advancing to the inter-confederation playoffs.

Canada have 16 points, with Panama in fourth on 14 and Costa Rica in fifth on nine.

Each team has six games left to play in the round-robin, which is due to conclude at the end of March.