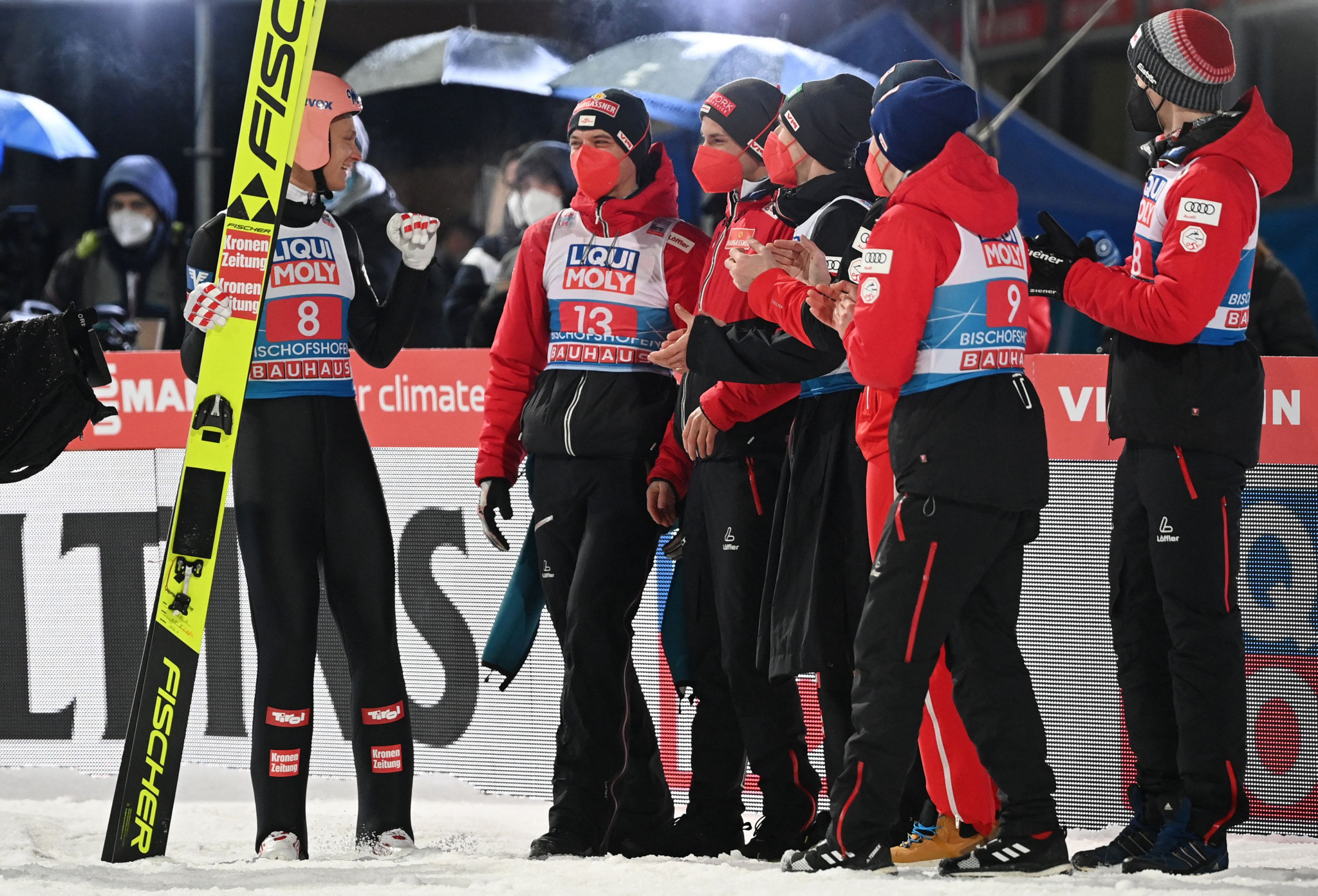 The third men's team event of this season's Ski Jumping World Cup circuit is set to be held in Zakopane, followed by an individual men's competition.

Qualification for the individual event is set to be held tomorrow on the Wielka Krokiew slope in the Polish town, with Japan's Ryōyū Kobayashi holding the yellow bib.

Kobayashi finished a disappointing 10th at the last stop in Bischofshofen on Saturday (January 8), but still holds a 74-point lead at the top of the overall standings on 891, helped by a recent run of four consecutive victories, three of which came en route to winning the Four Hills Tournament.

Four Hills runner-up Marius Lindvik triumphed in Bischofshofen last weekend to move within 50 points of the overall podium on 643.

Fellow Norwegian athlete Halvor Egner Granerud is third on 693, having finished second in the Austrian resort.

Kobayashi and Granerud both picked up wins in the Zakopane double header last season.

Germany's Karl Geiger is second for the season on 817 points, and placed eighth in the most recent World Cup leg in Bischofshofen.

Jan Hörl of Austria finished on the podium last time out for the first time since winning in Wisła on December 5, which was the last World Cup held on Polish snow.

He is sixth for the season on 440 points.

Austria enter the men's team competition having won both World Cup events on this season's circuit, most recently in Bischofshofen on Sunday (January 9).

The World Cup on Saturday (January 15) is set to be the final men's team event before the Beijing 2022 Winter Olympics.

The men's individual World Cup is scheduled for Sunday (January 16).