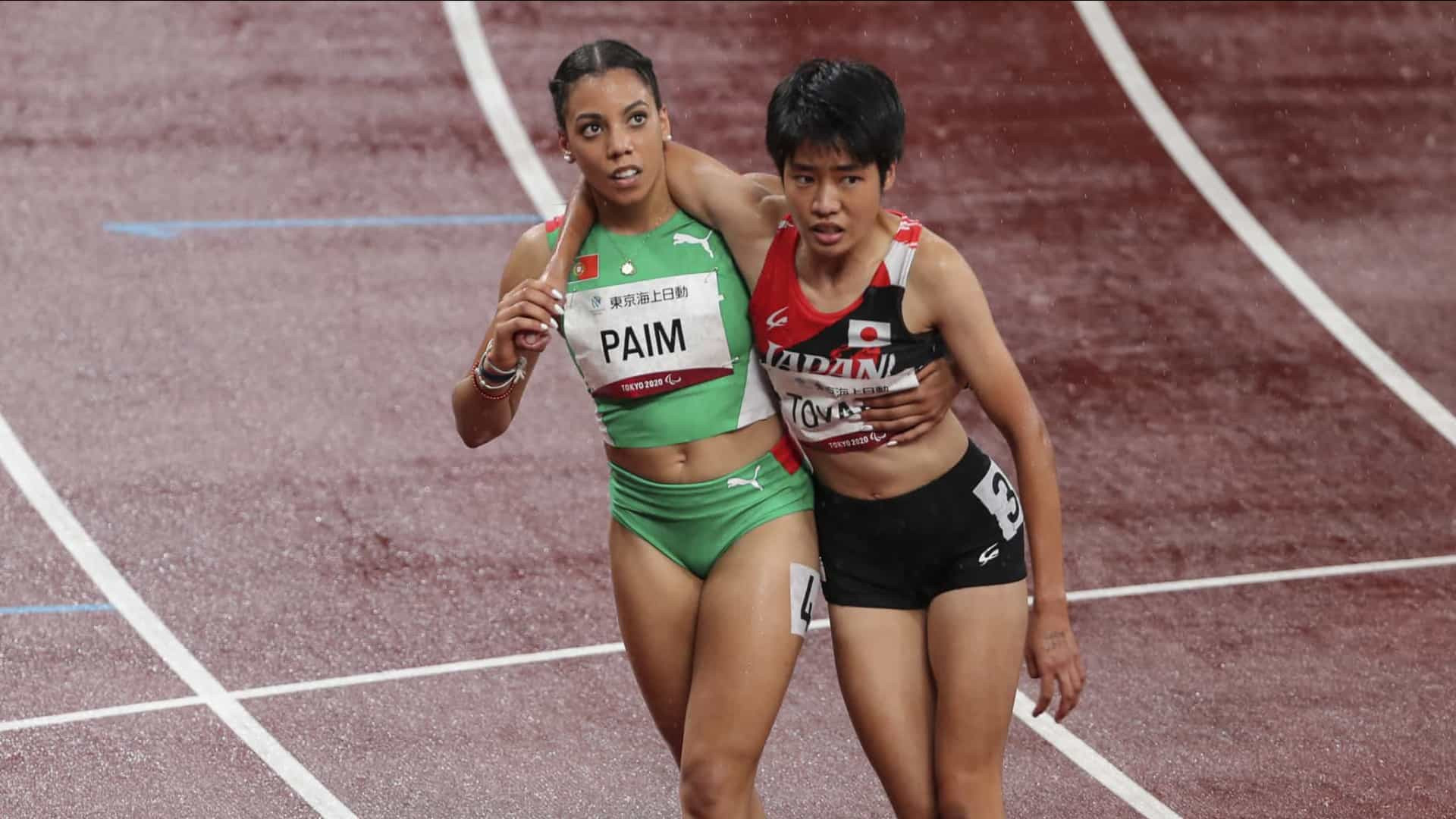 Portuguese Paralympian Carina Paim has received the Fair Play Mário Simas 2021 Award at the Panathlon Clube de Lisboa Gala for helping Japan's Aimi Toyama off the track after the T20 400 metres final at Tokyo 2020 when she collapsed with exhaustion.

She described her gesture merely as "normal" but won the fair play award and received floods of positive messages when the picture of the two was widely shared on social media at the time.

"She was busted, at the end of the race I saw the way she fell, I realised I couldn't do it anymore," said Paim, as reported by Observador.

"I know what it costs, and I did what I would like to be done to me: I helped.

"I was not expecting this to happen, but I started to see the photo circulating on social media and traveling the world.

"During the warm-up, I noticed that she was very, very strict in training.

"Three hours before the race she was 'pulling' a lot.

"At the end of the race, she couldn't stand anymore."

Paim said that she doesn't feel as if her gesture was anything special and that they should just be normal practice.

"Competition is not just about running and winning," she concluded.

The 22-year-old finished fourth in the race in Japan in 58.83sec as American Breanna Clark won gold in a world record time of 55.18.