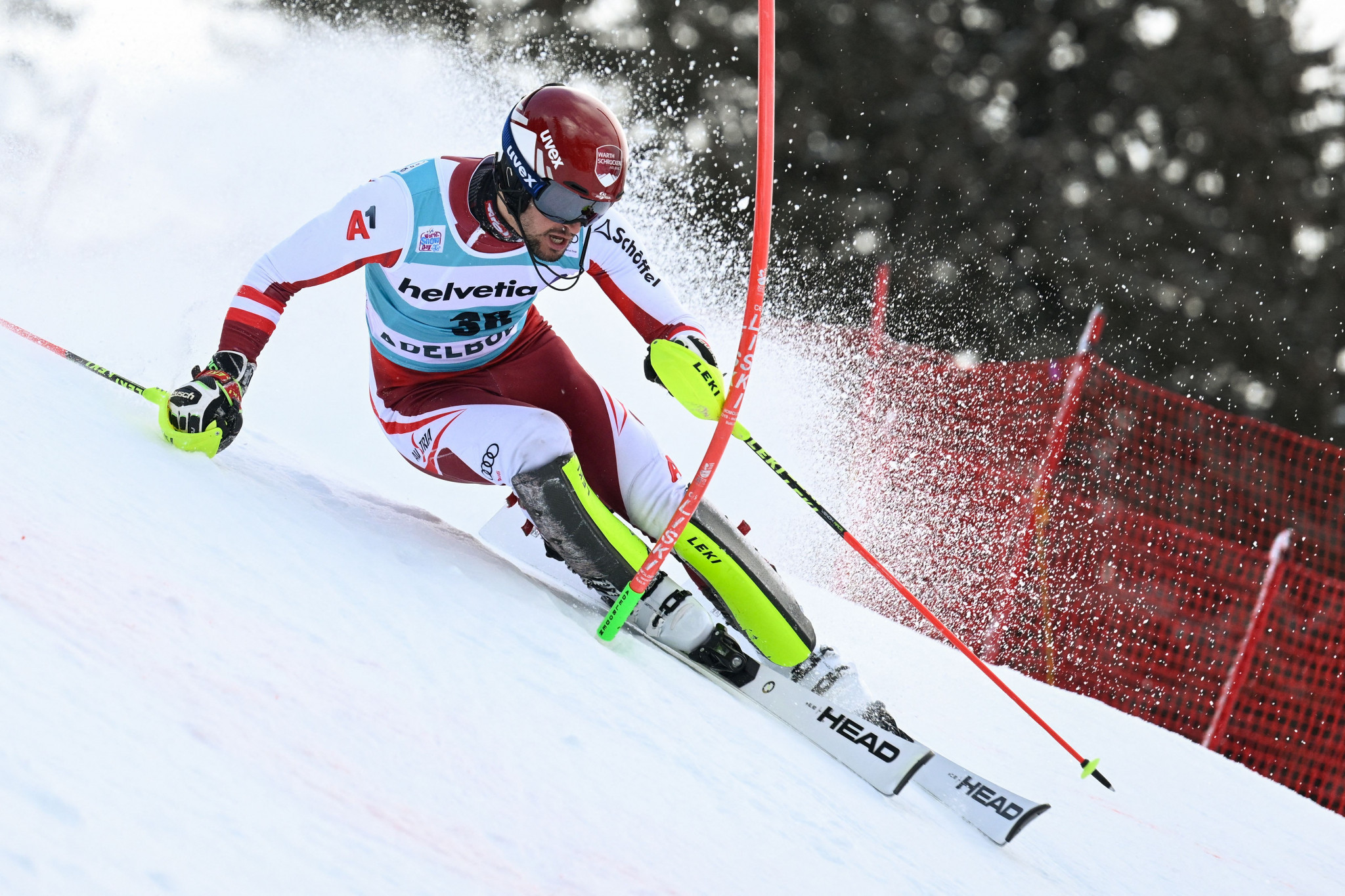 Strolz was the unlikely victor in Switzerland with a combined time of 1min 50.05sec.

Prior to the race, the 29-year-old had a career-best finish of 10th in more than eight years of World Cup racing.

Son of Olympic champion Hubert Strolz, Johannes was in tears as he sat in the finish area and watched his opponents fail to better his time.

Strolz's compatriot Manuel Feller crossed the line after 54.06sec on the first run to take the lead, but his second-run time of 56.16sec meant that he finished 0.17sec behind Strolz overall and had to settle for second.

He had been 14th-fastest in a tight first run in the morning in which Strolz placed seventh.

What a day it has been for Johannes Strolz, claiming his first World Cup victory 👏#fisalpine pic.twitter.com/YCoz6FvQzp

A superb second attempt of 55.66sec saw him shoot up to the podium in what was the second-quickest run of the round.

"Finally, now it all came together," Strolz said following the win.

"I just tried to focus on my skiing."

World champion Sebastian Foss-Solevåg of Norway, Frenchman Clement Noel and Swede Kristoffer Jakobsen - who is tied for the season's slalom lead with Foss-Solevåg - all crashed out, opening the way for a Strolz victory.

Strolz's father took gold in Alpine combined at the Calgary 1988 Olympics and also silver in giant slalom at the same Games.