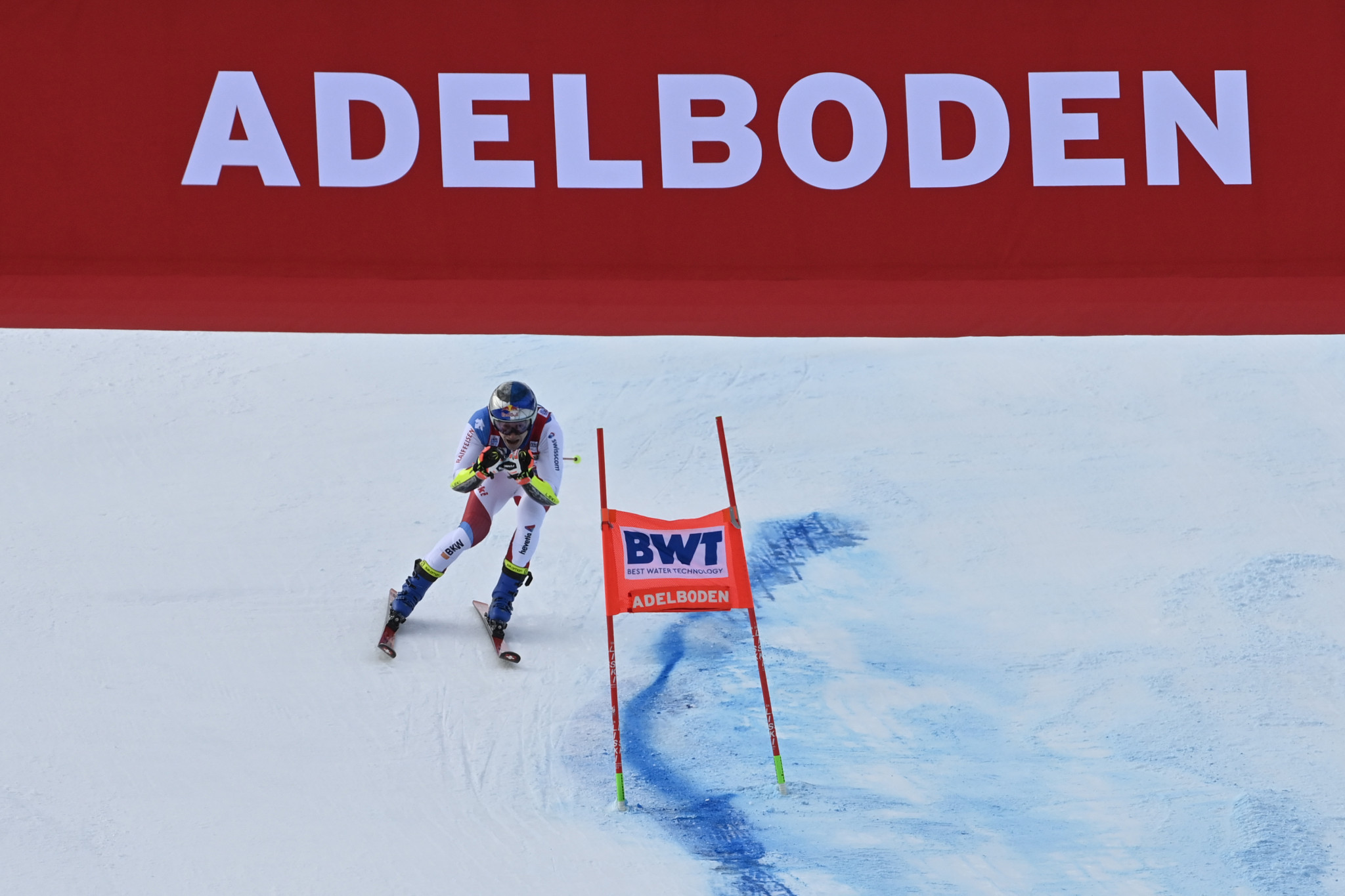 Marco Odermatt claimed his first victory in his home country of Switzerland after storming to gold in the giant slalom at the Alpine Ski World Cup in Adelboden.

The 24-year-old got off to a flying start as he produced a leading time in the first round, crossing the line after 1min 17.94sec at Chuenisbärgli.

Feller's 1:15.82 topped the charts in the second run and was the quickest overall to give the season rankings leader a run for his money.

Odermatt claims his first victory in Switzerland placing 0.48 seconds ahead of Manuel Feller, who claims his first podium in Adelboden. @AlexPinturault finishes third after claiming the victory two races in a row in 2021.#fisalpine pic.twitter.com/Ce3EwRG197

Alexis Pinturault finished in 2:34.99 as he was forced to settle for bronze.

Odermatt now has 845 points in the overall standings with 16 of the 35 races completed.

Norwegian Aleksander Aamodt Kilde and Matthias Mayer make up the podium with 469 and 447 points, respectively.

Kilde and Mayer both lost ground on the Swiss star as they decided not to compete in Adelboden.

Odermatt has occupied first place since the beginning of the season on October 24 with a grand slalom gold in Sölden.

The action continues tomorrow in Switzerland with the slalom event.

There may be hope for the rest of the field as Odermatt is yet to win in the discipline this season.