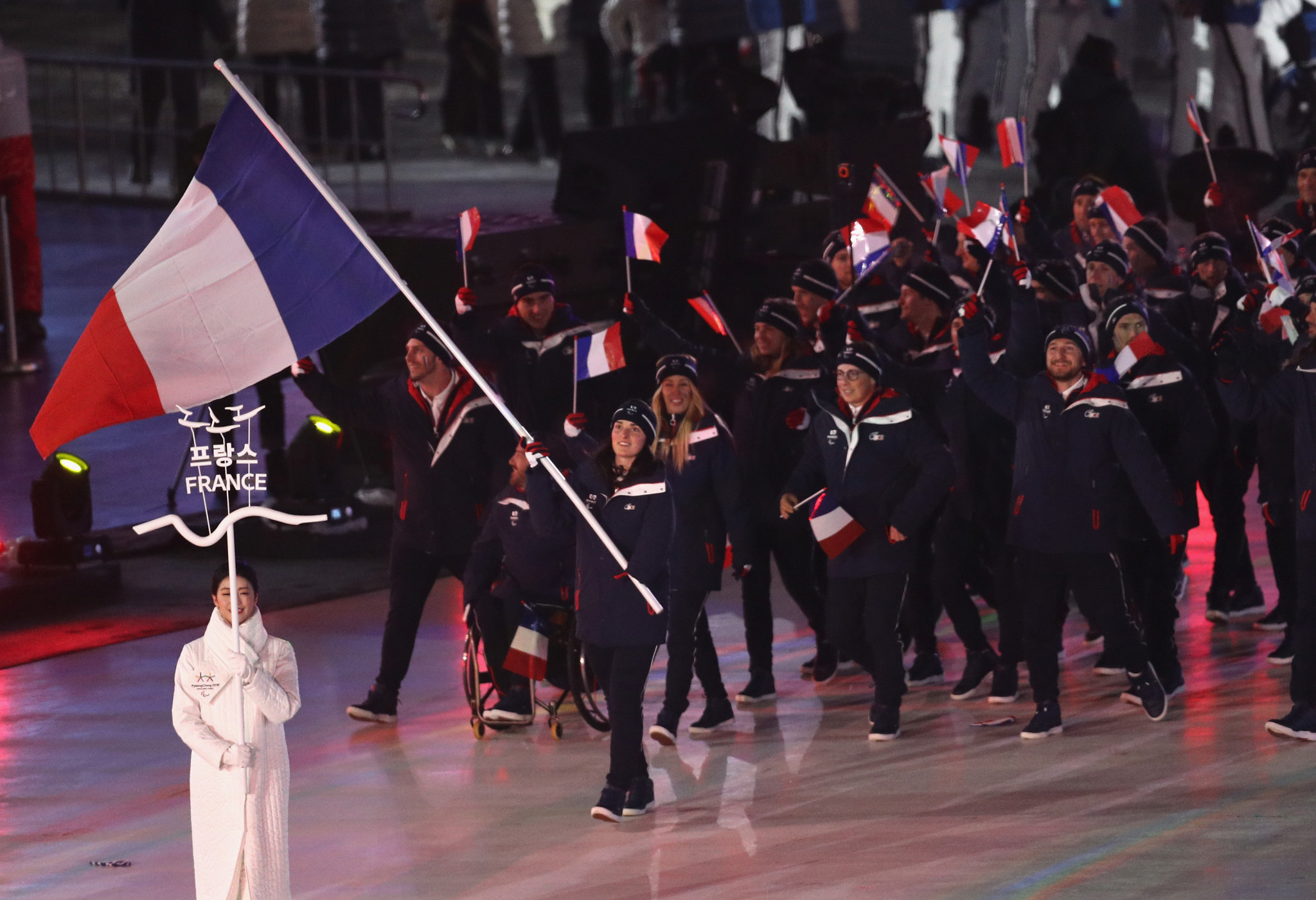 France is turning to athlete democracy to decide its flagbearers for the Beijing 2022 Paralympics, with no external selection process being conducted outside of the likely Paralympians.

The Board of the French Paralympic and Sports Committee (CPSF) decided to change the process, taking into account the potential size of the delegation for the Games.

The CPSF will not have a say in who is the flagbearer for the Games.

"We made this choice because it seemed essential to us that the person elected be fully legitimate in this role, which will not be simple, and that he be recognised by his peers," said CPSF President Marie-Amélie Le Fur.

"In Beijing, our delegation will be small but made up of athletes who know each other very well and appreciate each other, it's almost a family!

"In addition, the context will be complicated and the athletes will need benchmarks, they will have to be able to count on a familiar and friendly figure, able to carry the Paralympic values to everyone.

"It was therefore obvious that athletes are the actors of this choice and that they are led by a leader whom they have elected and in whom they trust."

An athlete must send a wish of candidacy to the CPSF in line with established eligibility criteria which require the candidate to have strong experience of international competitions for the leadership role, have strong Paralympic values, accolades and respect for commitments related to the role of flagbearer.

Athletes who are expected to compete at the Paralympics are then able to vote during the Winter Parasport World Championships which are scheduled to start on Saturday (January 8), ending on January 23 in Lillehammer in Norway.

They will be able to vote electronically for the candidate of their choice.

The flagbearers for the Beijing 2022 Olympics and Paralympics are then set to be announced together by the French National Olympic and Sports Committee and CPSF on an undetermined date at the end of January.

The Beijing 2022 Paralympic Games are scheduled to take place from March 4 to 13.