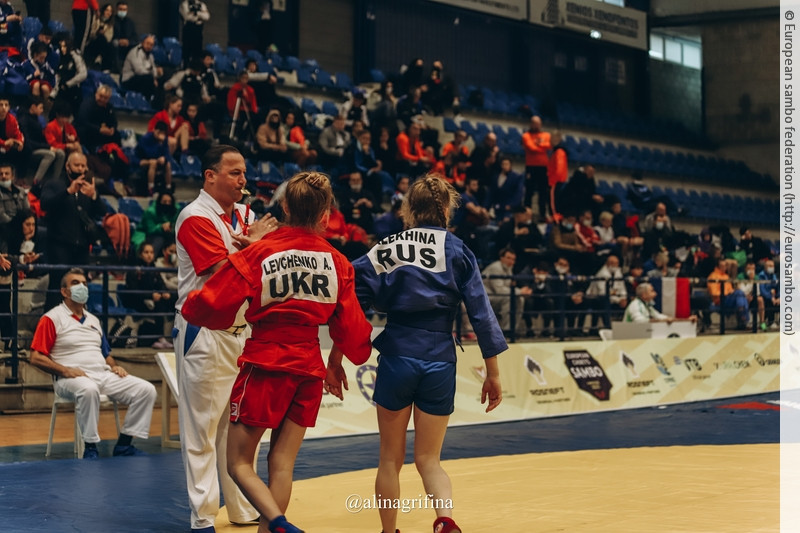 Russia and Ukraine respectively claimed the girls' and boys' overall titles at the European Cadet Sambo Championships in Limassol in Cyprus after two days of competition.

Between them, the countries won all gold medals on the first day of action except one, which was claimed by Georgia's Saba Gvelesiani in the boys' under-79 kilograms category.

Tural Nagiev was crowned the boys' over-88kg champion with a defeat of Greek Ioannis Kostelidis and Alisa Suleimanova gave Russia its first girls' title by beating Belarusian Dziyana Kuts in the under-41kg final.

Arina Parkhut won the girls' under-54kg by beating Violetta Kumechko of Ukraine, with the sixth gold of the day coming in the girls' over-72kg with Aleksandra Riabchenko beating Lithuania's Laura Linkute.

Ukraine took their sole boys' title of the day in the under-64kg due to the efforts of Maksym Babych, who beat Artsiom Halamaka of Belarus in the final.

There were eight weight categories contested on the second day, with all but one going to Russia and Ukraine again.

Greece's Vasilii Tsakirov was the outlier in the boys' under-71kg, beating Ukraine's Makar Haityna in the final.

Ukraine won the rest of the boys' titles, starting with the under-49kg final where Danylo Kravchenko defeated Armenian Alik Meqinyan.

Russia took all the girls' golds on day two, the first of these winners being Anastasiia Barabash in the under-44kg final when she defeated Ukraine's Veronika Chernukha.

The European Championships was boys and girls aged 14 to 16.

It moved from The Netherlands to Cyprus because of COVID-19 restrictions.