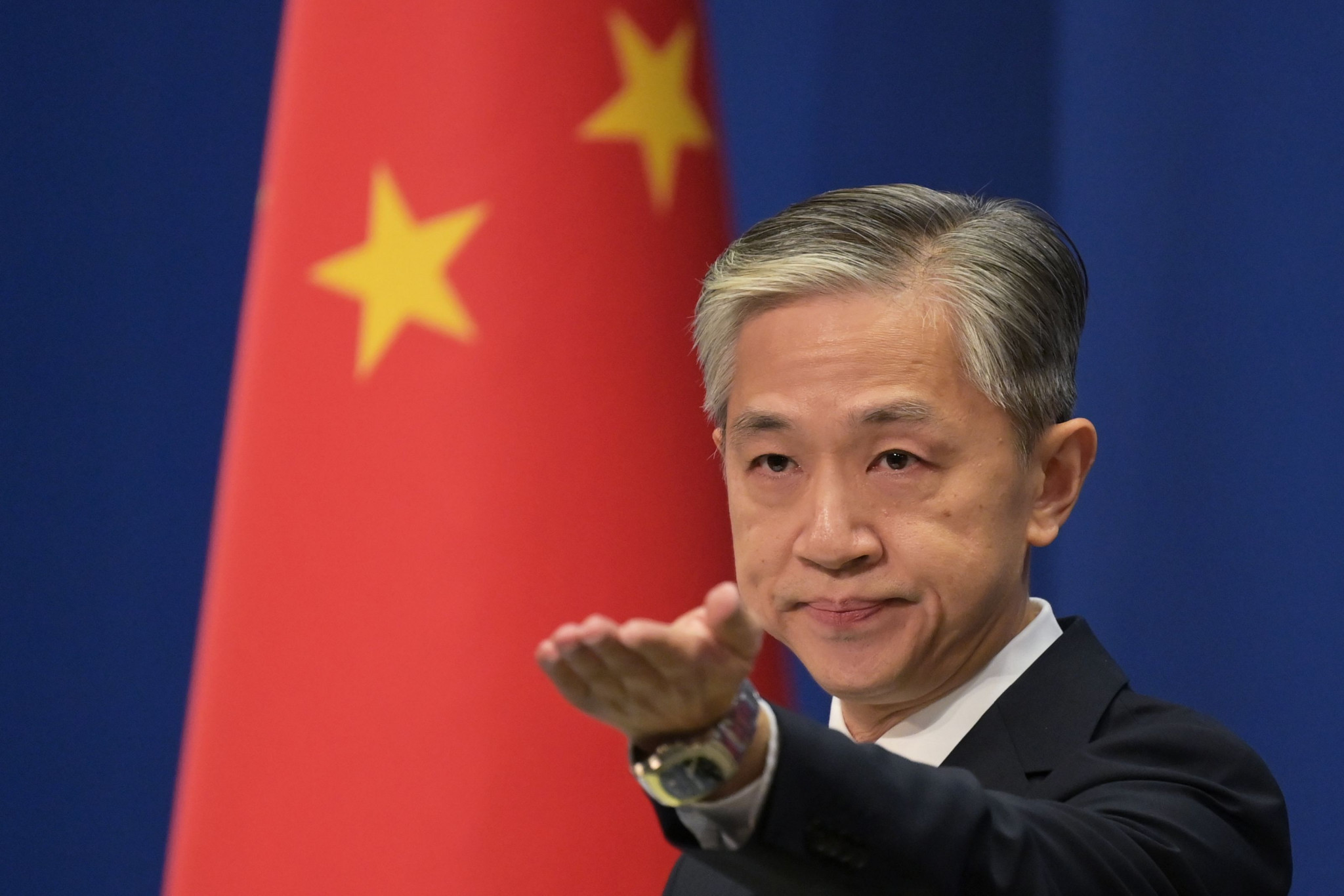 A diplomatic boycott of the Games had been mooted for several months, with Lithuania becoming the first nation to confirm it would not send Government officials to the Games last week.

The United States announced on Monday (December 6) it would diplomatically boycott Beijing 2022 in response to "ongoing genocide and crimes against humanity in Xinjiang and other human rights abuses".

The US action has been followed by four other nations confirming their intention not to send Government officials to the Games.

China had responded to Australia’s confirmation by claiming that "nobody would care" if they came or not.

China’s Foreign Ministry spokesperson Wang then accused countries of "blindly following" the US in announcing a diplomatic boycott.

"The US, Australia, Britain and Canada's use of the Olympic platform for political manipulation is unpopular and self-isolating, and they will inevitably pay the price for their wrongdoing," Wang was quoted as saying.

Russia, whose President Vladimir Putin is set to attend the Beijing 2022 Opening Ceremony, has also denounced the planned diplomatic boycott.

"Therefore, in this regard, I certainly cannot support these statements, since many of us remember well what the attempts of political boycotts and the non-participation of athletes in the Olympics in 1980 and 1984 led to.

"Of course, after a while, many participants in those events emphasized that it was an absolutely counterproductive and wrong decision.

"We hope that such political statements will not darken the holding of the Games. the state will attend the Games, and this will become an additional motivating factor for all athletes."

France, which will welcome the Games to its capital Paris in 2024, has confirmed it will not diplomatically boycott Beijing 2022.

The Elysee Palace said it had "taken note" of the US' decision earlier this week, adding it would "coordinate at a European level".

The French Government added it had sanctioned China regarding human rights concerns in Xinjiang in March.

"As for a diplomatic boycott, France will not do it," Blanquer told BFM TV.

"Sports is a world in itself, which must be protected from political interference, otherwise we can end up by killing the competition."

South Korea has yet to confirm whether it will join a boycott, with the country’s Foreign Ministry spokesperson Choi Yong-sam saying the Government "has been supporting a successful hosting of the Beijing Winter Olympics."

Choi said no decision had been made over whether Government officials will attend the Games in China.

According to South Korean news agency Yonhap, South Korean officials have viewed Beijing 2022 as an opportunity to help boost the Korean peace process.

South Korean President Moon Jae-in publicly pushed at the United Nations General Assembly in September for a formal end to the Korean War, which took place between 1950 to 1953.

Criticism over China's record on human rights includes an alleged genocide against Uyghur Muslims in Xinjiang and its actions in Tibet and Hong Kong have overshadowed much of the build-up to the Games.

Beijing has denied the allegations, claiming the camps are training centres designed to stamp out Islamist extremism and separatism.

The organisation said the Games are "beyond politics" with athletes from the diplomatically boycotting nations still expected to compete.

The IOC has said it will respect political decisions made by Governments.