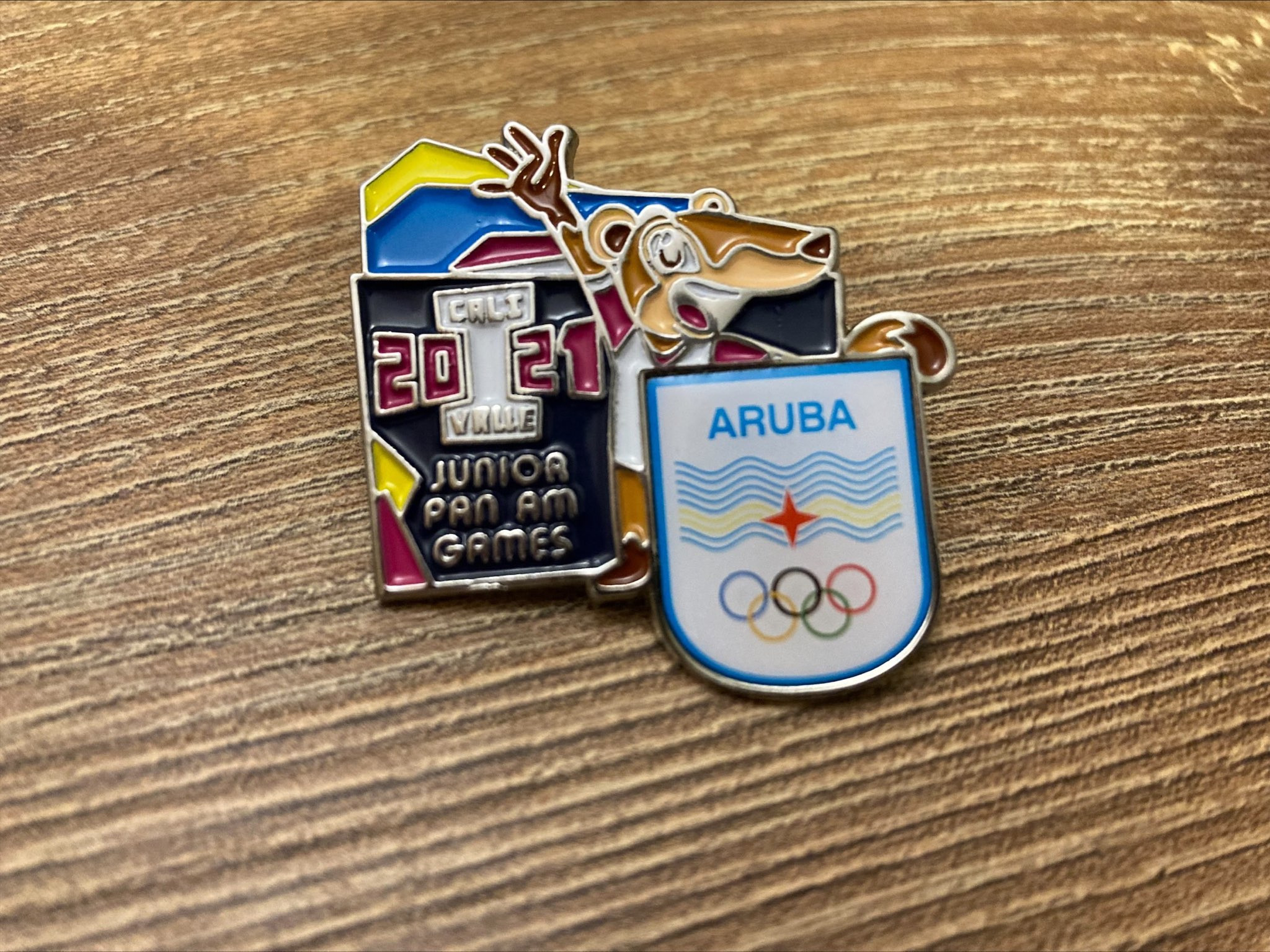 Pin collecting within the Olympic Movement has expanded its borders to the inaugural Junior Pan American Games here in Cali.

John Dyck, a devout collector since 1986, has made the journey to Colombia in search of some rare items.

Seeing as the event in Cali is the first edition of the Junior Pan American Games, it has the potential to be a hidden gem for collectors.

"This is not a large event, the Junior Pan American Games have never been held before," Dyck told insidethegames.

"It's much easier to trade here because there aren't as many people here and it's a smaller amount to collect.

"I've got almost everything for these Games for my collection.

"I have everything I need here except for just one National Olympic Committee pin - Dominica.

"I need to find somebody that's got one, now that I'm running out of time as I only have one more full day left."

At the Cali 2021 souvenir shop in the Canchas Panamericanas, the best-selling item has been the pins featuring the Games' mascot, Pana.

"They have attracted a lot of attention, especially for their affordable price," said Leidy García, who works at the stand.

"People from all over the world have visited us and we are speechless."

The origins of pin collecting can be traced back to the first modern Olympic Games in Athens in 1896, where delegations wore official cardboard badges.

According to the International Olympic Committee, an estimated 65,000 pins have been designed across the Games' history with the rarest ones selling for tens of thousands of pounds at auction.

For Dyck, the next step is another inaugural Games.

"I'm planning on going to the Caribbean Games in 2022 in Guadeloupe," the Canadian said.

"Assuming that it goes ahead because we're not certain what with coronavirus.

"I wanted to go to Panama for the Central American and Caribbean Games which were scheduled for 2022 as well but they cancelled so the Games moved to El Salvador for 2023."

Dyck is a member of the Olympin Collectors Club which was formed in 1982 and claims to have more than 500 members around the globe, making it the largest Olympic memorabilia club in the world.