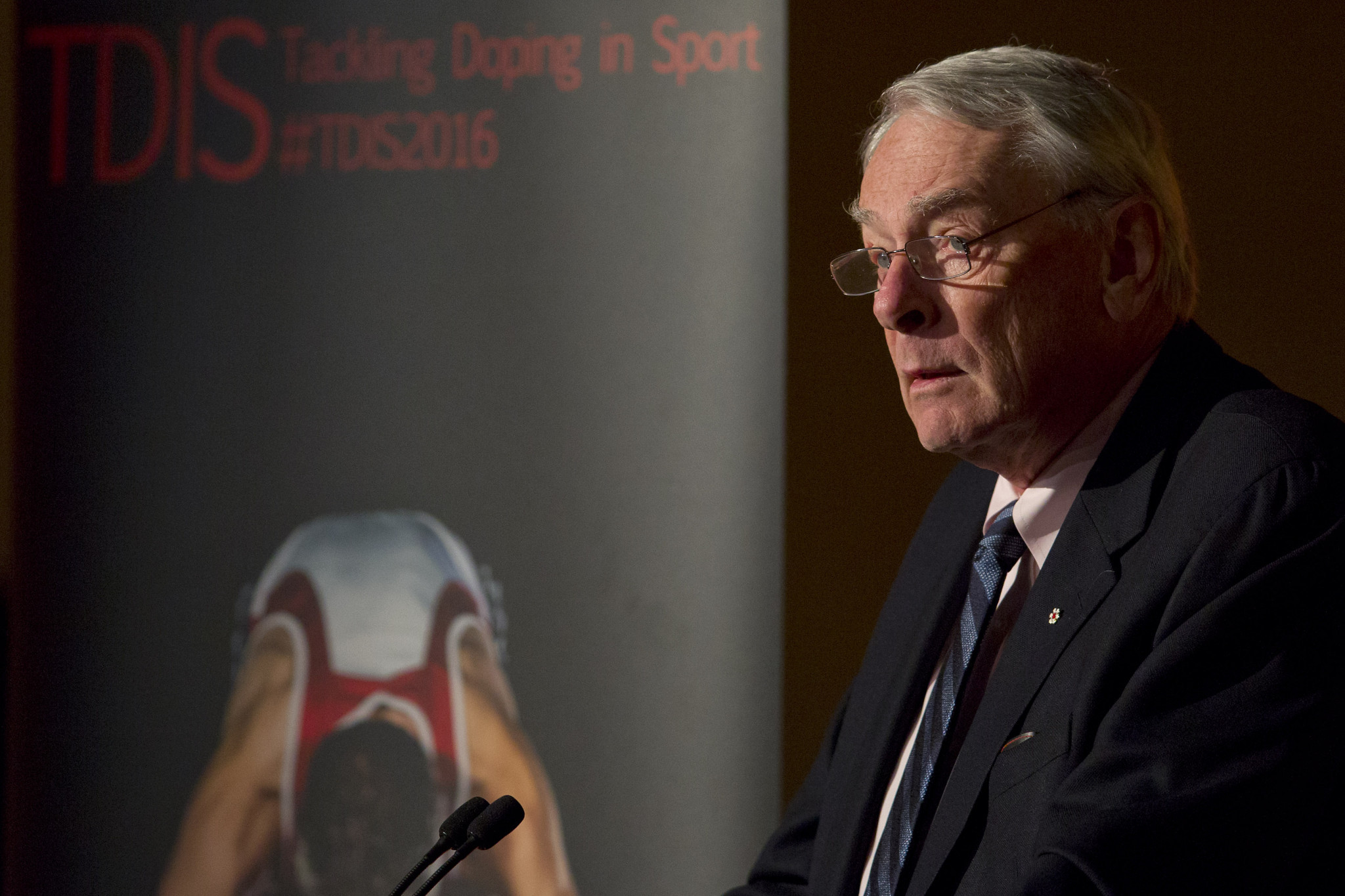 Richard Pound, who has been an IOC member since 1978, rubbished suggestions the IOC is protecting China due to the country hosting the Beijing 2022 Winter Olympics next year, despite previously warning the situation could "spin out of control" unless it is "resolved in a sensible way very soon".

Peng, a three-time Olympian, claimed Zhang Gaoli, a former senior vice-premier and high-ranking member of the ruling Chinese Communist Party (CCP), sexually abused her 10 years ago and that they had an on-off extra-marital affair since the coercive incident.

The allegations were made in a post on social media platform Weibo on November 2 that was taken down within 20 minutes.

Serious concerns have been raised about Peng's well-being and she was not seen in public for weeks afterwards.

However, in an attempt to verify and prove her safety, IOC President Thomas Bach, IOC Athletes' Commission chair Emma Terho and Li Lingwei, a former badminton player, IOC member and Chinese politician, held a 30-minute video call with Peng on Sunday (November 21), when the IOC claims Peng insisted she was "safe and well".

The IOC's response to the concerns over Peng has been strongly criticised, especially the fact its statement on Bach's call made no mention of the sexual assault allegations and came after it said it would pursue "quiet diplomacy" rather than comment on the case.

Pound rejects such criticisms, however.

"What the IOC established is that quiet and discreet diplomacy gets you better than clashing cymbals," the Canadian official said.

"That's not the way you deal with any country, certainly not with China.

"To accuse the IOC of being complicit with a Chinese propaganda effort built around Peng is complete nonsense."

Pound's comments come after the IOC was told it "showed a complete disregard for allegations of sexual violence and abuse against athletes," a statement from Global Athlete read following the call.

The Women's Tennis Association (WTA) said videos of Peng shared by state-run Chinese media outlets and the IOC call "don't alleviate or address the WTA's concern about her", particularly Peng's "ability to communicate without censorship or coercion".

Most critically, Human Rights Watch (HRW) accused the IOC of colluding with China in sportswashing.

"The IOC appears to prize its relationship with a major human rights violator over the rights and safety of Olympic athletes.

"If nothing else, the IOC has shown in the last few days just how desperate it is to keep a Games on the rails no matter the human cost."

Bach's links with Zhang have also cast further questions over the IOC's impartiality.

As first highlighted by Jack Hazelwood on Twitter, who produced an image of the leading CCP official with IOC President Bach, Zhang was also the leader of a State Council working group overseeing Beijing 2022 preparations, per China's state-run news agency Xinhua.

When asked about Zhang's links with Bach and the IOC, the organisation told insidethegames that it "has institutional relationships with all the Organising Committees of the Olympic Games, as well as with the public and private organisations tasked with supporting the delivery of the Games.

"This is public knowledge."

Previously, Pound admitted the Peng crisis could "spin out of control" unless it is "resolved in a sensible way very soon".

He told Reuters: "If that's not resolved in a sensible way very soon it may spin out of control.

"It may [force IOC into taking a harder line].

"Whether that escalates to a cessation of the Olympic Games I doubt it.

"But you never know."

Meanwhile, the European Union (EU) has joined a growing number of sporting and political organisations calling for verifiable proof that Peng is safe and well and an investigation into her allegations.

"We are not in a position to comment on the allegations themselves, but we urge a full and transparent investigation," Nabila Massrali, the EU's spokesperson on foreign affairs, told the South China Morning Post.

"The requests for reliable information are legitimate and remain.

"We call on the Chinese Government to provide independent and verifiable proof of her well-being and whereabouts."

Critics of the regime say China's record on human rights makes it an unfit Olympic host, and the Peng case has given rise to more criticism over how China handles dissent.

The Beijing 2022 Olympics are due to open on February 4, with the Closing Ceremony on February 20.