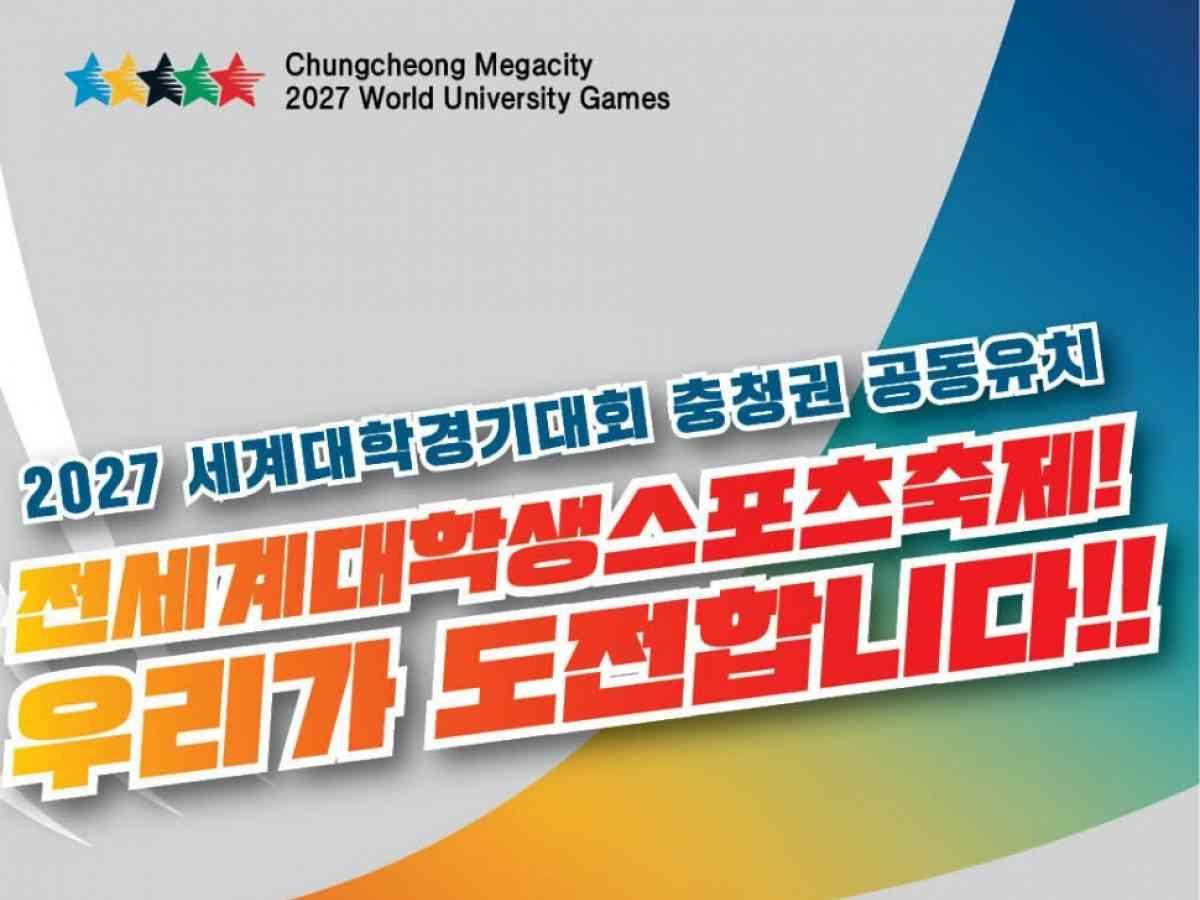 The Government in Chungcheong Province has established a committee to promote the region's bid for the 2027 Summer World University Games.

According to the Korea Herald, the 100-strong group will be made up of people from state institutions, the sports sector, universities and residents.

They are set to participate in events and social media campaigns to raise awareness of the South Korean region's attempt to secure the hosting rights for the 2027 Games.

"As the International University Sports Federation (FISU) field evaluators put a great emphasis on the provincial residents’ interest and support for hosting (the World University Games) when they assess and select the host city, we decided to launch the Provincial Committee to gather the hearts of people in North Chungcheong Province that hope for the hosting," said Governor Lee Si-jong.

"Today will be the catalyst and, from this moment, we expect to see the atmosphere of the entire South Korea rooting for the Chungcheong region’s hosting of the Summer World University Games."

The CMBC claims its bid has been boosted by support from local universities.

FISU officially opened the process to find a host for 2027 in September and it is scheduled to conclude in January.

Chungcheong Province is set to come up against a bid from North Carolina in the United States.

If Chungcheong Province’s bid is successful, it would be the third time that South Korea has hosted the Summer World University Games.

The event was previously staged in Daegu in 2003 and Gwangju in 2015, when it was known as the "Universiade".

A factor in North Carolina’s favour could be that the US has not hosted the Summer Games since Buffalo in 1993, when it was opened by the country’s President Bill Clinton.

Lake Placid is scheduled to hold the Winter World University Games in 2023.

Chengdu in China will host the next Summer World University Games in 2022 after the event was postponed this year due to the coronavirus pandemic.