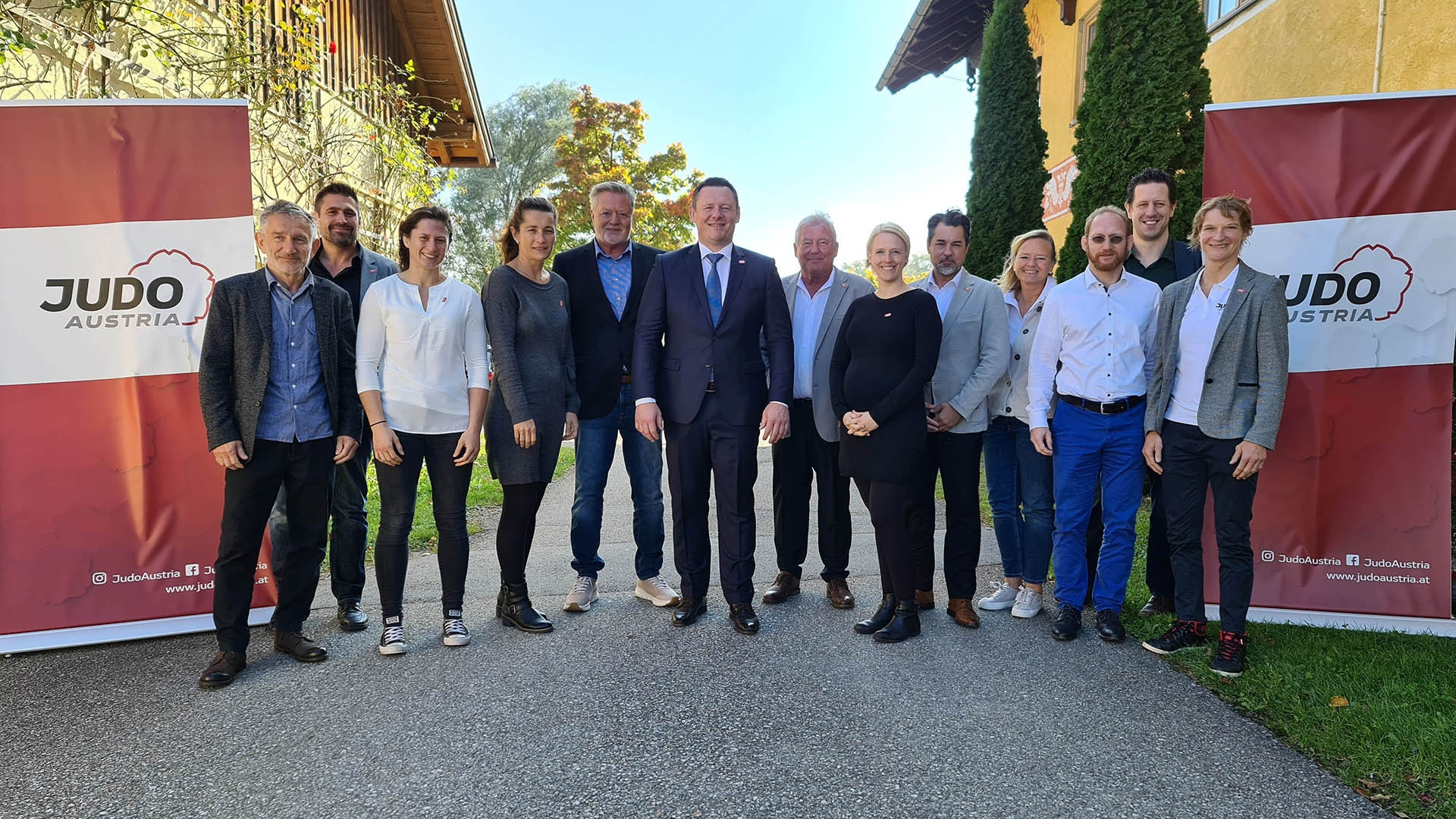 Martin Poiger has been re-elected as President of Judo Austria at its General Assembly in Eugendorf.

The 44-year-old - who succeeded Hans Paul Kutschera in October 2020 - will serve for a further three years in the role.

"Fortunately, our balance sheet over the past two years since I took over the office of President speaks for itself," said Poiger.

"The installation of a Judo Austria national sports base in Linz and the commitment of [head coach] Yvonne Bönisch are already bearing fruits.

"I am delighted that Yvonne is making headlines not only because she is the first female judo head coach in the world, but also because we are as successful as we have been in a long time.

"In any case, the successes are no coincidence: She relies on teamwork, a good mood and hard work on and off the mat.

"Our national team judoka are enthusiastic about the cooperation across the board.

"And at the association too, we want to take this momentum with us: hard work, teamwork, competence.

"This is what we want to stand for as an association!"

Magdalena Krssakova, a silver medallist at the 2020 European Championships, was nominated as the new athlete spokesperson, a role which gives her the right to vote at Board meetings.