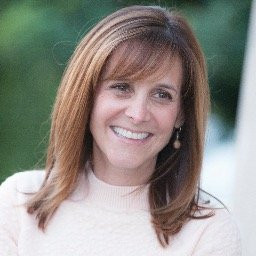 Marla Messing, who helped Los Angeles secure the hosting rights for the 2028 Olympic and Paralympic Games, has been named interim chief executive of the National Women's Soccer League (NWSL) after the former leadership was toppled by a sexual misconduct scandal in the league.

Messing, the head of the Organising Committee for the 1999 World Cup in the United States, will lead the day-to-day running of the NWSL and replaces a three-woman Executive Committee put in place following the resignation of commissioner Lisa Baird.

The NWSL was plunged into crisis in the wake of allegations of sexual coercion made by two former players against English coach Paul Riley.

Riley was sacked by the North Carolina Courage and suspended by US Soccer following a report in The Athletic, which included former NWSL players Sinead Farrelly and Meleana speaking out against him.

Baird, the former chief marketing officer at the United States Olympic and Paralympic Committee, quit amid claims the league knew about the allegations against Riley long before it publicly acknowledged them.

Messing, a vice-president of the Los Angeles Olympic and Paralympic Bid Committee, said she "fully recognises the meaningful change that still needs to occur, the trust that needs to be rebuilt and the accountability that must be enforced".

"I can assure you that while I am in this role, I am committed to working closely with the board of governors, the players and all of you to make important changes across the league that will allow us to emerge as a stronger, more inclusive organisation where player safety, welfare and respect are central to everything that we do," Messing added.

Separate investigations into the allegations have been launched by FIFA, the NWSL and US Soccer.

Farrelly claims that the harassment began in 2011 when she played for Philadelphia Independence of the Women's Professional Soccer League and continued when she joined the NWSL's Portland Thorns in 2014, both managed by Riley.

She says that she was "under his control" and was coerced into having sex with Riley on multiple occasions.

In 2015, Riley was under investigation for inappropriate conduct.

Farrelly claims he "made harassing comments about my personal relationships and sexual orientation" which he was not scrutinised for.

Riley was removed as head coach of the Portland Thorns following the investigation but was later announced as the manager of the North Carolina Courage.