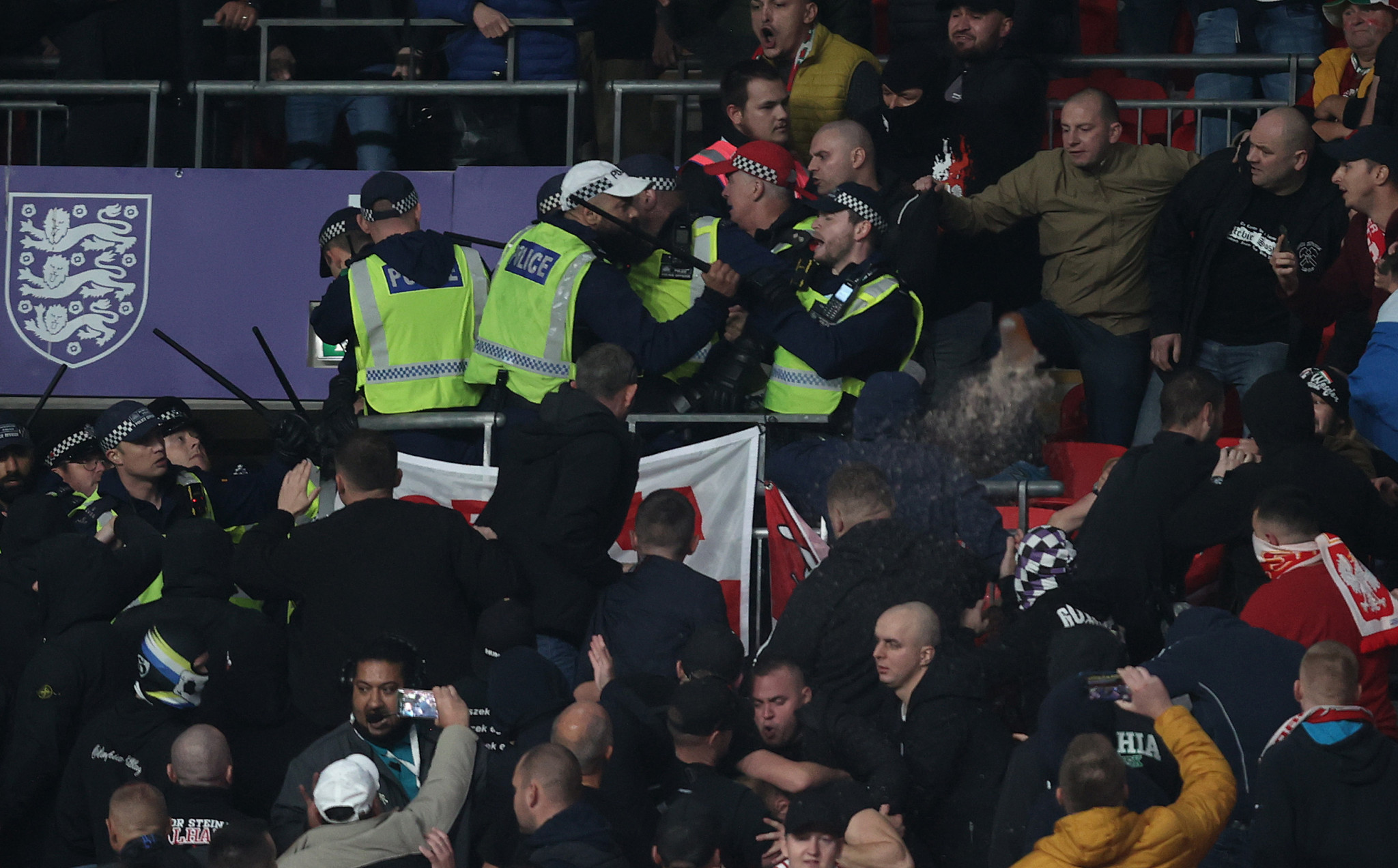 FIFA has opened disciplinary proceedings following clashes between Hungarian supporters and police at Wembley Stadium in London during a World Cup qualifying fixture.

Football's global governing body said that it is also investigating incidents during the game between Albania and Poland in Tirana, where bottles were thrown at Polish players.

"Once again, FIFA strongly condemns the incidents at both matches and would like to state that its position remains firm and resolute in rejecting any form of violence as well as any form of discrimination or abuse.

"FIFA has a very clear zero-tolerance stance against such abhorrent behaviour in football."

Police came under attack from Hungary fans after moving into the away section to detain someone who had alleged racially abused a steward.

"Shortly after the start of tonight's match at Wembley, officers entered the stand to arrest a spectator for a racially aggravated public order offence following comments made towards a steward," a statement from the Metropolitan Police read.

"As the officers made the arrest, minor disorder broke out involving other spectators.

"Order was quickly restored and there have been no further incidents at this stage."

Last month, Hungary were ordered to play two home matches behind closed doors, with one of those suspended for two years, after racist behaviour by their supporters during a corresponding World Cup qualifier against England.

Hungary were also forced to play games behind closed doors in the qualification campaigns for the 2014 and 2018 World Cups and Euro 2016 because of supporters' racist behaviour.

In July, UEFA issued Hungary with a separate two-match spectator ban because of fans being accused of homophobia and racism during this year's European Championship.

Poland beat Albania 1-0, but the match was suspended for a period because Polish players were hit with bottles and other objects after Karol Swiderski scored the only goal.