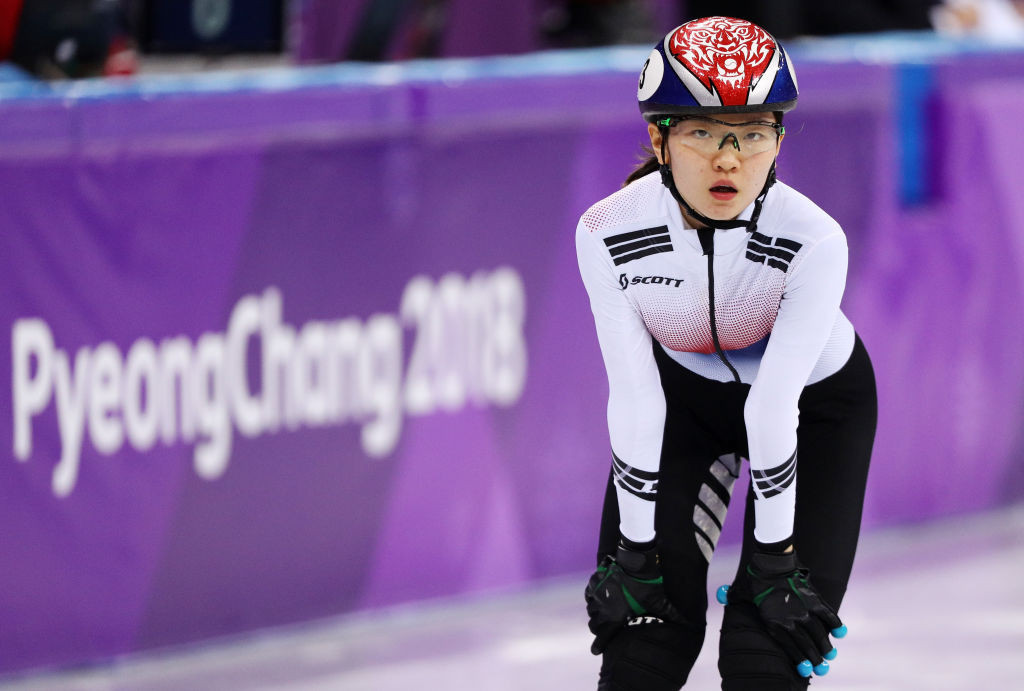 Double Olympic short track gold medallist Shim Suk-hee has been dropped from the South Korean national team following the emergence of controversial and expletive-laden text messages she sent to a coach during Pyeongchang 2018, including ones which suggest possible race-fixing.

The Korean Skating Union (KSU) said Shim would not represent the country at upcoming events as she had been "separated from" the rest of the team at its training centre.

Shim is set to miss competitions such as the opening International Skating Union Short Track World Cup in Beijing, scheduled for October 21 to 24.

It comes after the texts were reported by an online outlet last week.

The messages purportedly show Shim saying she would make team mate Choi Min-jeong the "female Steven Bradbury" - a reference to the Australian skater by the same name who won Olympic 1,000 metres gold at Salt Lake City 2002 after all of his opponents crashed - at the 2018 Winter Olympics in Pyeongchang.

It has led to questions over whether Shim deliberately took Choi out during the women's 1,000m final at their home Games.

Shim has denied the suggestions, claiming in a statement that their crash was "unfortunate".

The KSU has begun an investigation into the claims, South Korean news agency Yonhap reported.

Shim, who earned 3,000m relay gold at Pyeongchang 2018 to defend the title she claimed at Sochi 2014, also insulted Choi and another team mate, Kim A-lang, in the messages.

The 24-year-old agreed with her other athletes that the situation meant they could not train together.

Shim said she had been suffering from the affects of being abused by coach Cho Jae-beom, who was jailed for 13 years for sexually and physically assaulting her, before the Games.

She said her behaviour had been caused by the "ruthless assault" carried out by Cho in the build-up to Pyeongchang 2018.

"I was showing symptoms of a concussion after getting beat up by Cho Jae-beom, and, physically and mentally, I was extremely unstable," Shim said, according to Yonhap.

"I failed to control my anger and became aggressive toward others.

"To this day, I regret such immature behaviour."

Shim also issued an apology for the text messages.

"I'd like to sincerely apologise for disappointing and hurting so many people with my immature actions and words," Shim said.

"In particular, I'd like to apologise to Kim A-lang, Choi Min-jeong, my coaches, who must have been shocked after reading news reports."