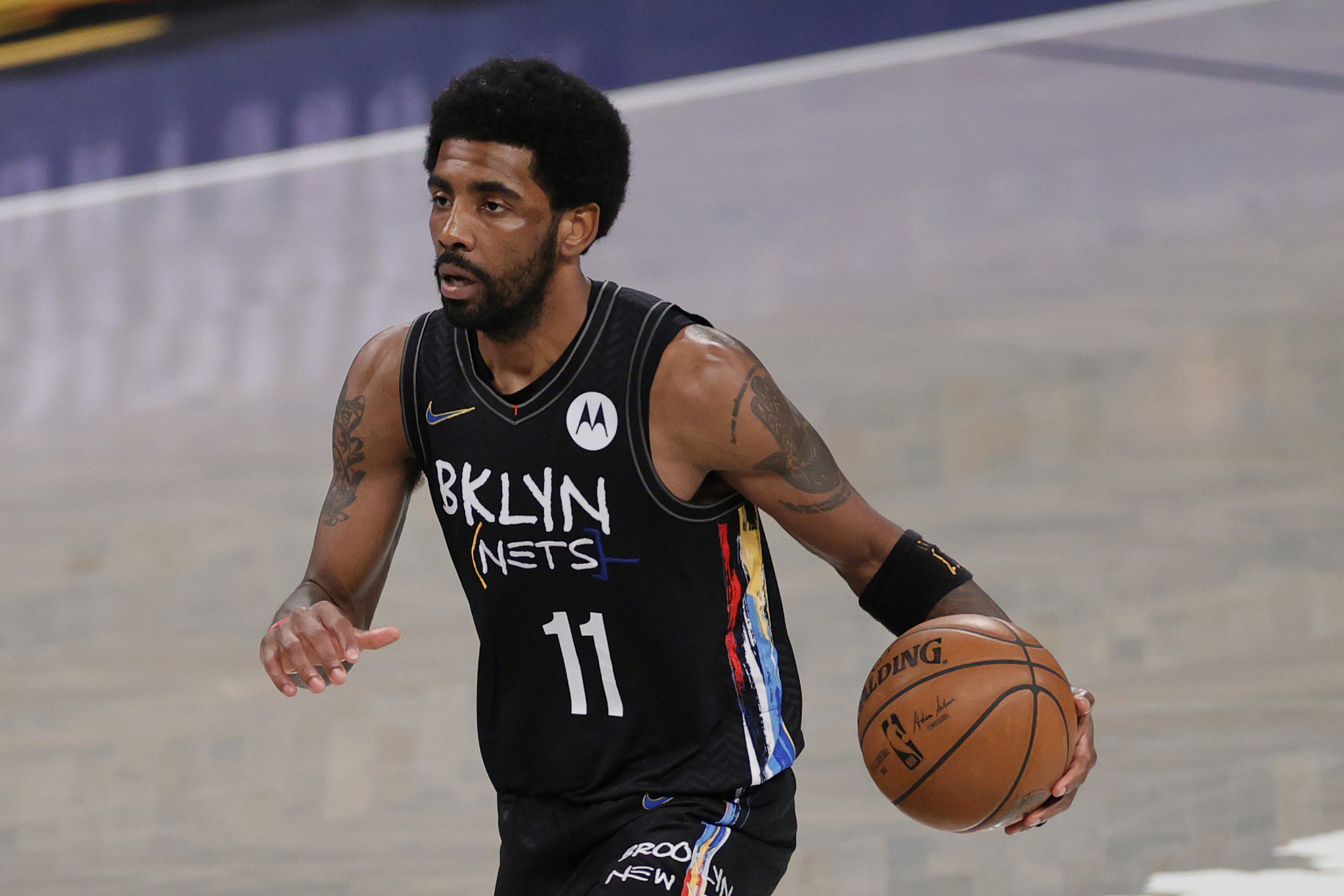 Irving, a seven-time National Basketball Association (NBA) All-Star, had been unable to team up with the Nets since they returned from a training camp in San Diego in California earlier in the week.

New York City mandates that anyone aged 12 or over must show proof that they have received at least one dose of a COVID-19 vaccine in order to access indoor dining, fitness and entertainment facilities as well as some meeting spaces, including all employees.

As he is unvaccinated, that means Irving is unable to play in any match at Barclays Centre, where the Nets play their home games.

Irving had also been unable to even train with the team in New York City under the mandates.

However, it has now been determined that the Nets' HSS Training Centre is a private office space, and therefore not covered in the locations where proof of vaccination is required.

Irving appeared at a community session at Brooklyn Bridge Park wearing a facemask yesterday, and is set to return to training today.

Head coach Steve Nash welcomed the opportunity to have the 29-year-old, who was named the Most Valuable Player during the United States' International Basketball Federation (FIBA) World Cup win in 2014, back training with the rest of the side.

"It’s positive for us to be able to welcome him back in the building and practice and be part of the team," Nash said.

"But this is all just brand new information to us as well, so I’m trying to work through what the actual details are, so I don’t want to comment too much on it until I know firmly what the parameters are.

Nash added that the Nets would follow guidance accordingly whenever it changes.

"We have him around the team for a larger period of our season, and we’ll see what happens," he commented.

"This rule just came in.

"Is another one coming?

"Is he going to be allowed to play at home at some point?

"Not going to be able to practice in our facility at some point?

"We’re in a position where the pandemic is creating all these different, new scenarios as well."

The Nets are due to travel to the Philadelphia 76ers on tomorrow as they continue their preparations for the start of the NBA season against the defending champions the Milwaukee Bucks on October 19.

While Irving would be eligible to play in tomorrow's match, Nash admitted "I’m not sure if he’ll be playing since we haven’t had him for a week."

I am protected by God and so are my people. We stand together.

Irving has thus far failed to comply with the vaccine mandate in New York City, and in a tweet on Saturday said: "I am protected by God and so are my people.

He has not spoken to the media for almost two weeks.

It was revealed last week that 95 per cent of NBA players had received at least one jab.

While the league has not made vaccinations mandatory, players who are not inoculated face stricter rules than those who are.

The Golden State Warriors, based in San Francisco, also fall under tough local rules similarly to New York, with Andrew Wiggins' request for a religious exemption from the vaccination requirement at large indoor gatherings recently rejected.

Wiggins has since had his first jab.

Reports, including from ESPN, have also suggested that the NBA and National Basketball Players Association have agreed to a reduction of 1.09 pre cent of a player's total salary for every game they miss for not following a local vaccine mandate.