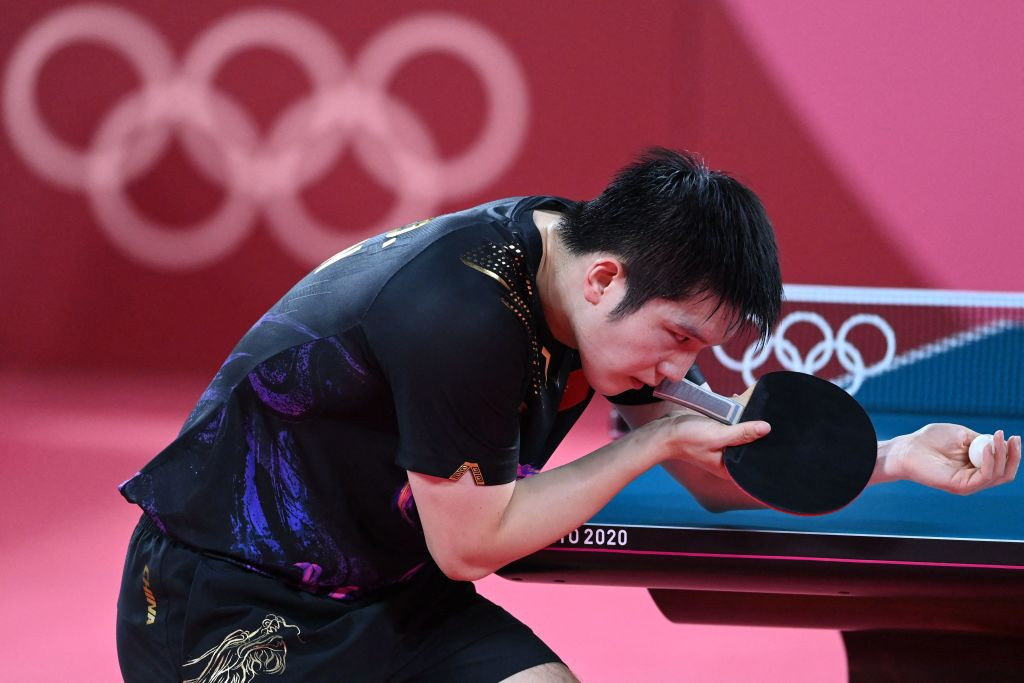 The Chinese Olympic Committee (COC) has warned fans to respect athletes and avoid improper behaviour towards them following a series of incidents at the National Games of China.

In a statement, the COC said it was aware of behaviour from some fans, including dragging and shoving in public areas such as airports.

Olympic team table tennis gold medallist and world number one Fan Zhendong was pestered on his way to the airport by fans who had followed him along the way.

Olympic swimming champion Wang Shun, who won six gold medals at the National Games of China in Xi'an, was forced to receive a hat by a fan at the airport when he returned to Zhejiang Province, sparking chaotic scenes.

"Everything starts from zero off the podium," the COC said in a statement, according to Chinese state news agency Xinhua.

"After finishing their 14th National Games duties, those national team players will turn their attention to a new round of preparing for and participating in competitions after a short break.

"We hope that everyone can show full understanding toward this, and while showing your care about athletes as always, you should respect athletes' rights, reasonably follow idols and avoid inappropriate behaviours toward them."

In a post on social media, Fan wrote: "Constant squeezing and body contact has not only brought much trouble to me, but also triggered a lot of inconvenience to the airport staff and other passengers.

"Also, as the COVID-19 pandemic is not over, it is everyone's responsibility to keep a safe distance."

The National Games of China, the first major sports event held in the country since the pandemic hit, concluded this week.