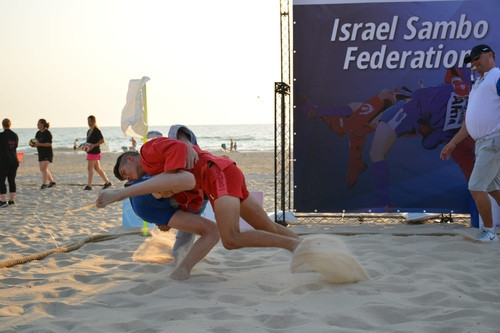 The competition was held in the city of Bat Yam to coincide with an event celebrating Israel's participation at the Tokyo 2020 Olympic Games.

A total of 84 competitors representing the nine major sambo societies in Israel competed at the Championships.

Israel Sambo Federation (ISF) general secretary Shai Geisinger said the level of interest had been unexpected and expressed his hope that the next edition of the event would attract even more athletes.

"We did not expect such an interest from athletes and clubs and the number of participants in the first-ever National Championship in this sport," said Geisinger.

"Athletes really enjoyed the dynamic and interesting course of the bouts.

"We are confident that the next Championships will bring twice as many participants."

"It was a fantastic show, interesting battles, great technique of the players, it was very interesting to judge, and the whole championship passed in the same breath," he said.