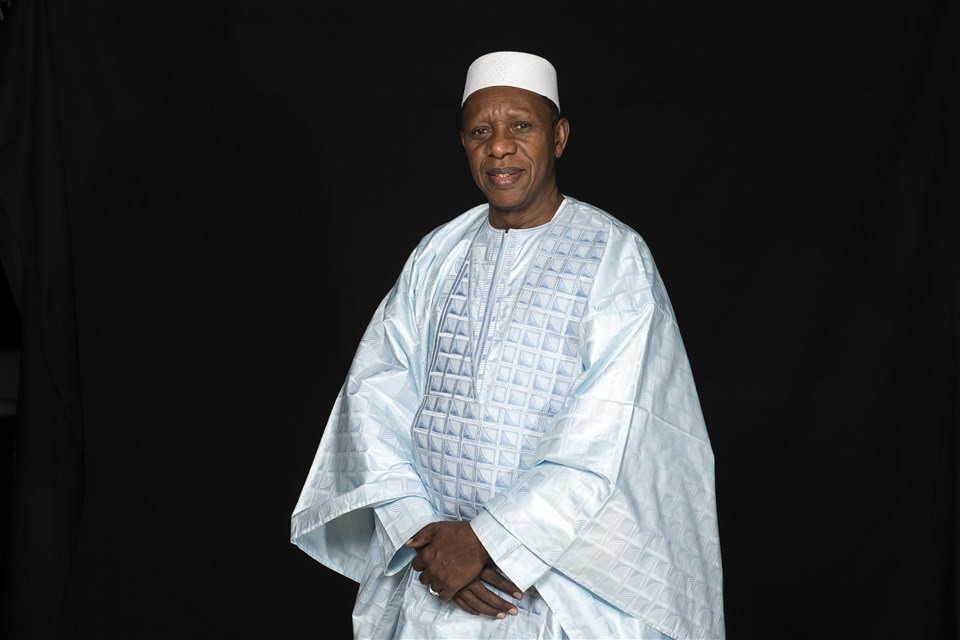 An "institutionalised acceptance of the abuse of players exists" at the FMBB, "neither action nor effort" has been applied to try and fix the issue and witnesses have been intimated, the reported concluded in its scathing verdict.

However investigators "received no direct evidence from anyone about President Niang’s knowledge of alleged sexual harassment within the FMBB" - and Niang has now returned to the helm of FIBA.

Niang temporarily stepped aside as FIBA President in June while an investigation was conducted into allegations of sexual abuse within the FMBB, but at the time said he "strongly denies" New York Times reporting that he overlooked the assault of women while Mali’s Sports Minister and leading the FMBB.

At the end of July, Malian basketball coach Amadou Bamba was arrested and charged with sexual assault and harassment of teenage female players, accused of abusing at least three players and then stunting their careers when they refused to have sex with him.

Bamba and fellow coach Cheick Oumar Sissoko, as well as official Hario Maiga, were suspended by FIBA following the opening of an investigation by Richard McLaren, FIBA's independent integrity officer.

FMBB President Harouna Maiga was provisionally suspended by FIBA on July 23 after evidence suggested he had misled investigators on his knowledge of the sexual abuse and harassment and committed actions which were "intimidatory to witnesses" during the investigation.

After the publication of the report, and on McLaren's recommendation, FIBA has also issued suspensions against three further members of the FMBB - coach Fanta Diallou, secretary general Seydou Maiga and vice-president Amadou Traore.

The 149-page report from the McLaren independent investigation team (MIIT) delivered a scathing verdict against the FMBB, concluding that "an institutionalised acceptance of the abuse of players exists" and "neither action nor effort has been attempted to recognise or correct this."

It said the investigation was hampered by "various activities that constitute witness and victim intimidation," as well as "evasive, contradictory, and untruthful testimony by certain officials of the FMBB."

The MIIT found the FMBB’s current and historic safeguarding and child-protection policies to be "wholly insufficient and not in compliance with Article 1-155 of the FIBA Internal Regulations."

It added that the FMBB failed to comply with FIBA internal regulations that required it to "guarantee the players conditions of safety, mental and physical wellbeing, and medical care appropriate for basketball" and "promote an environment that is safe and enjoyable and shall empower and educate Vulnerable Groups on their rights."

At the FIBA Under-19 Women’s World Cup in Hungary last month, the report found players were blamed for the team’s travel delay - which it was claimed was "linked to the suspension of certain members of the FMBB" - and that the players' treatment amounted to "psychological abuse that led to feelings of guilt".

Direct witness testimony supported the allegations against Bamba, while assistant coach Diallou "failed in her duty of responsibility and position of trust to report sexual harassment and abuse reported to her by players".

The report also found that Jean-Claude Sidibé, the FMBB President from 2014 to 2018 "continues to yield influence in the FMBB including inappropriate activities alleged by witnesses."

However, investigators could not "independently verify" allegations against Sissoko or Hario Maiga, although did find "hearsay evidence" which was described as "concerning".

Regarding FIBA President Niang, the report was also unable to verify the allegations, "specifically as it relates to his knowledge of an alleged incident of harassment perpetrated by Cheick Oumar Sissoko."

"The MIIT received no direct evidence from anyone about President Niang’s knowledge of alleged sexual harassment within the FMBB," the report added.

Niang said he was not present and "has no knowledge" of allegations he laughed while Sissoko groped girls at a nightclub, possibly in early October 2007.

A direct witness told the MIIT she saw the incident, but the report said "no victims of this groping have come forward to substantiate these events."

The report also affirms "there is no direct evidence of sexual abuse going on against FMBB female basketball players" while Niang was the National Federation’s President, and claims "the principle of knowing or ought to have known" does not apply to his time as Sports Minister from 2007 to 2011.

It said that any decision over whether to lift his suspension must be taken by Niang and FIBA, and it has now been confirmed that he will return to office.

"This investigation is of paramount importance and I would like to express my personal and unconditional support to the victims," Niang said after the publication of the report.

"These offences must be duly prosecuted by FIBA through independent procedures.

"Since the integrity officer has confirmed my innocence, I will now resume my official duties with FIBA."

Niang was elected unopposed as FIBA President in 2019, succeeding Argentina's Horacio Muratore, and is serving a four-year term which is due to end in 2023.

FIBA said it had taken "numerous steps" since June to provide a "safeguard and protection service" for Mali’s under-19 and under-16 women’s teams, and more measures would be implemented in Mali in the coming months, including safeguarding training, support for a FMBB safeguarding procedure and action plan and a national workshop to raise awareness of safeguarding in sports.

The international governing body also said it would work with its Players' Commission and partners to launch a global player safeguarding initiative for the approval of the Central Board in November.

It added it holds a "firm position against harassment and abuse in basketball and extends its heartfelt compassion for victims of such conduct."