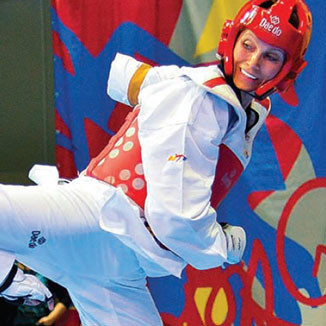 Danish taekwondo star Lisa Gjessing is aiming to continue her successful career at the Tokyo 2020 Paralympics with a gold medal, marking the first time the sport has been on the programme for the Games.

The four-times world and five-times European champion expressed her excitement for her first Games at the age of 43 in an interview with the International Paralympic Committee.

"I am visualising it already, I want to go now," said Gjessing.

"I've always been so passionate about the Paralympics, watching people come together from all over the world, competing with no thought of race and religion.

"It is a wonderful event, and to be a part of it has been a big dream of mine for many years.

"I was happy with just being able to compete at World Championships, but when the Paralympics became a possibility, nothing was going to stop me from being a part of it.

"I have never been so determined for a competition as I am for this one.

"I work full-time and I'm a mother, so in the past I’ve had to make a lot of compromises with work, and could only use a certain amount of time for training.

"But for the Paralympics I’ve had more support than ever, from my federation and work.

"My mind is set on doing everything I can to make this happen.

"I am so motivated and there are no excuses for not being 100 per cent ready."

Gjessing is the world number one in the women's under-58 kilogram category.

She was a member of the able-bodied taekwondo team for Denmark before developing cancer, leading to her left hand being amputated in May 2012.

Gjessing is set to be one of the Opening Ceremony flagbearers for Denmark, along with three-times Paralympic athletics medallist Daniel Wagner.

A total of 29 nations are set to compete at the Games in Para taekwondo.

The Tokyo 2020 Paralympics are scheduled to take place from August 24 to September 5.