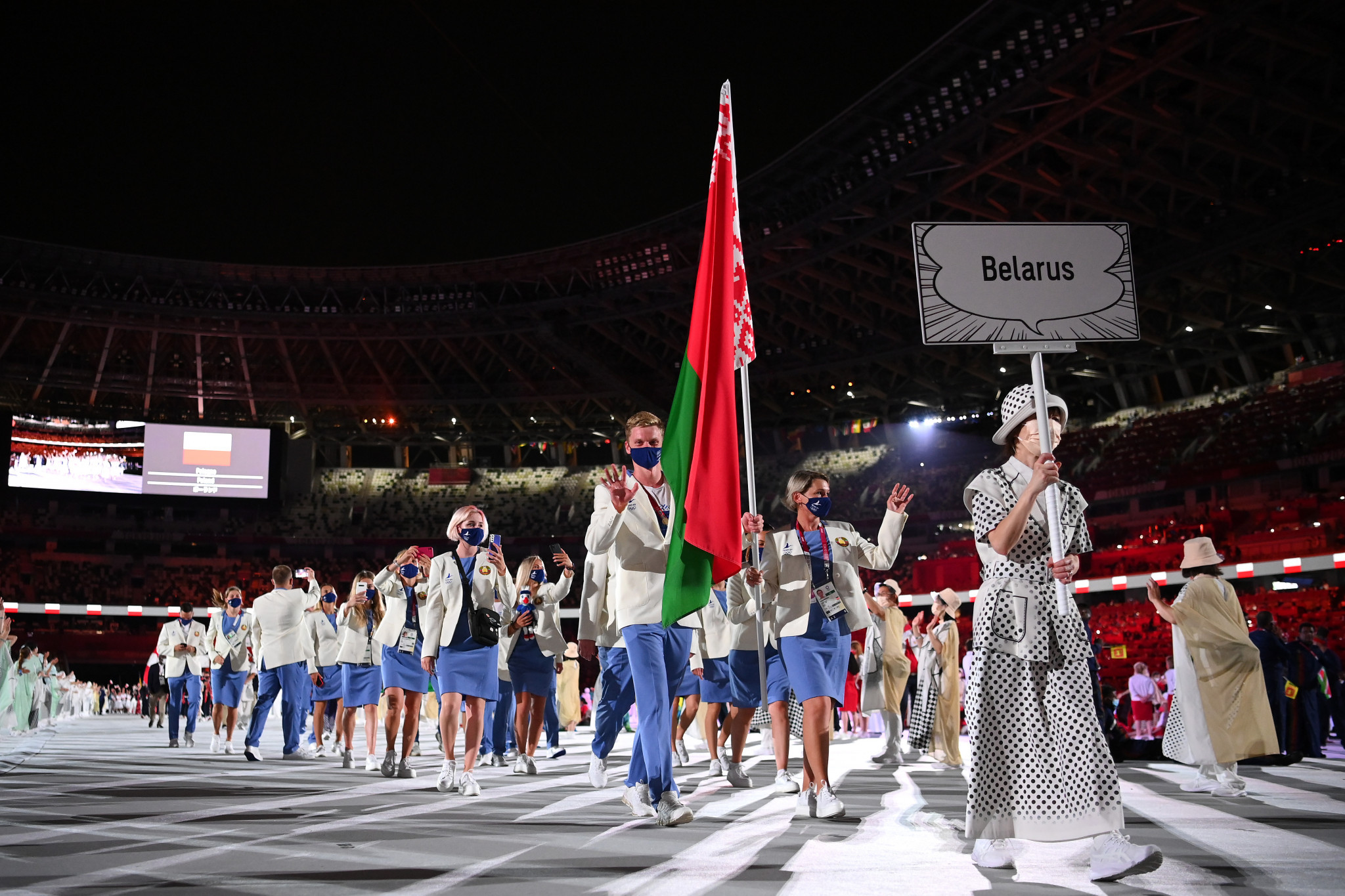 United States President Joe Biden has signed an Executive Order imposing sanctions against the National Olympic Committee of the Republic of Belarus (NOCRB), as the US seeks to punish the President of Belarus, Alexander Lukashenko, for his "ongoing assault against the democratic aspirations and human rights of the Belarusian people".

On the anniversary of Lukashenko's "fraudulent election", Biden accused the NOCRB, whose President is Lukashenko's son, Viktor, of facilitating the regime.

A Whitehouse statement read: "The US Department of the Treasury is also issuing its largest round of sanctions to date against Belarusian individuals and entities pursuant to EO 13405 as well as the EO of August 9, 2021."

The EO includes an "imposition of blocking sanctions on persons operating in certain identified sectors of the Belarus economy, including the defence and related materiel sector, security sector, energy sector, potassium chloride (potash) sector, tobacco products sector, construction sector, transportation sector, or any other sector of the Belarus economy as may be determined by the Secretary of the Treasury, in consultation with the Secretary of State."

Americans and US-based companies are forbidden from entering into any transactions with the NOCRB after it was designated as "owned or controlled by" Lukashenko.

The NOCRB called the sanctions "absolutely unreasonable" in a statement, saying that the decision "only causes bewilderment and sympathy".

"The presumption of innocence, the right to a fair trial and other basic legal principles of equality have been relegated to the background for political reasons," the NOCRB continued, "absolutely ridiculous".

Taking action against the NOCRB without the involving the IOC is "absolutely ridiculous", it concluded.

The latest sanctions follow two NOCRB officials being sent home from the Tokyo 2020 Olympics for their involvement in the Krystsina Tsimanouskaya case.

The sprinter was taken to the airport in Tokyo against her will but refused to return to Minsk, ultimately being granted a diplomatic visa and safe passage to Poland.

An IOC Disciplinary Commission investigation into a case its President Thomas Bach called "deplorable" is ongoing, with the global body facing calls to suspend the NOCRB.

"She wouldn't do it herself, she was manipulated," Lukashenko claimed.

"It was from Japan, from Tokyo that she contacted her buddies in Poland and they told her - literally - when you come to the airport, run to a Japanese police officer and shout that those who dropped her off at the airport are KGB [State Security Committee of the Republic of Belarus] agents.

"There was not a single special service agent in Japan."

Both Viktor - who succeeded his father as NOCRB President - and Alexander Lukashenko were banned from attending the Tokyo 2020 Olympics after the IOC found they had discriminated against athletes for political reasons, some of whom were imprisoned for participating in anti-Government protests.

The IOC has also not recognised Viktor Lukashenko's election as NOCRB chief.

In May, Alexander Lukashenko dispatched fighter jets to make a Ryanair flight from Greece to Lithuania land in Belarus as Roman Protasevich, a blogger, journalist and known critic of his regime, was on board.

Under the guise of a bomb threat, once the aircraft landed Protasevich and his partner, Sofia Sapegas, were arrested and are still being detained by Belarusian authorities.

Lukashenko was re-elected on August 9 last year in a vote widely dismissed as neither free or fair.

Lukashenko was first elected in 1994 when a new Belarusian constitution was written and is the country's only ever President.