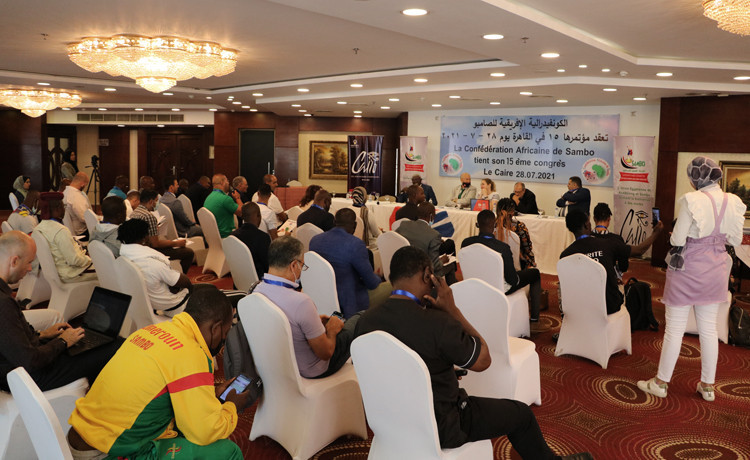 Three more countries have been accepted as African Sambo Confederation (CAS) members at the organisation's Congress in Cairo - Burkina Faso, Togo and Congo.

The Congress was held on the eve of the African Sambo Championships in the Egyptian capital.

International Sambo Federation (FIAS) vice-president and CAS President Dalil Scalli opened the Congress with a welcoming speech in which he congratulated all those in attendance for being part of the FIAS, following its full recognition by the International Olympic Committee (IOC).

"The decision of the IOC has brought our sport to a new level," said Scalli.

"Now the ministries of sports and National Olympic Committees will have to pay more attention to sambo, contribute to its development, because it is an honour and an image of the country."

Scalli also updated all about the construction progress of the International Sambo Centre in the Russian capital Moscow.

"This grandiose sports facility will become a real home for sambists from all over the world," he added.

A vote was taken to add Congo, Togo and Burkina Faso to the CAS membership, while it was confirmed that Algeria will stage the 2022 African Sambo Championships.

CAS secretary general François Mbassi reported on the work of the African governing body during the COVID-19 pandemic and congratulated the first-ever African gold medallist at the World Sambo Championships in Novi Sad in Serbia last year - Seidou Nji Mouluh of Cameroon.

Mohamed Aberouz, CAS technical director, reported on competitions held in Africa during the pandemic and measures taken by the continental body to develop sambo in Africa.