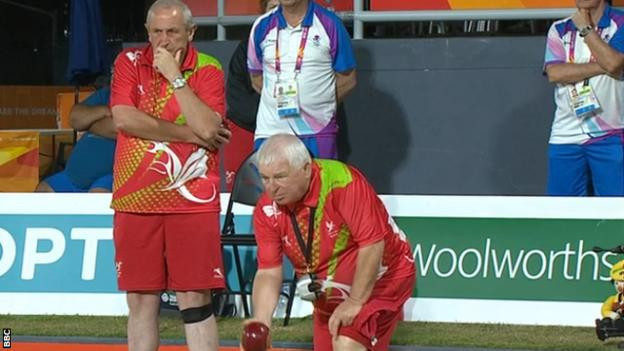 Wales’ oldest competitor at the 2018 Commonwealth Games in the Gold Coast, Gilbert Miles, has died at the age of 75.

He was partially sighted and won a bronze medal in the VI lawn bowls pairs event in Australia when he was 72.

Miles, who had lost his sight in 1995, had also competed in the 2014 Commonwealth Games in Glasgow, finishing fourth.

He had taken up the sport late in life after watching it on television and being invited to the local club Pontarddulais Bowls Club by friends.

As well as his Commonwealth Games success, Miles had also won a silver medal at the British Isles singles bowls competition three times, as well as silver in the 2013 8 Nations Commonwealth Invitation Championships.

Miles played for Wales at youth level and played first-class rugby for Swansea and Llanelli and with Pontarddulais Rugby Football, where he lived.

“He went on to play for a season-and-a-half with the All Whites of Swansea as well as playing a handful of games with Llanelli before returning to play for his beloved Pontarddulais RFC and kicking goals in West Wales Cup Finals during the club's successful league and cup era during the 1960’s.

“Gilbert continued to play for Pontarddulais until the early 1970s and was involved in the rugby club for many years after his playing career ended.

“A great character both on and off the sporting field, Gilly will be sadly missed by family, friends and everyone who knew him.”