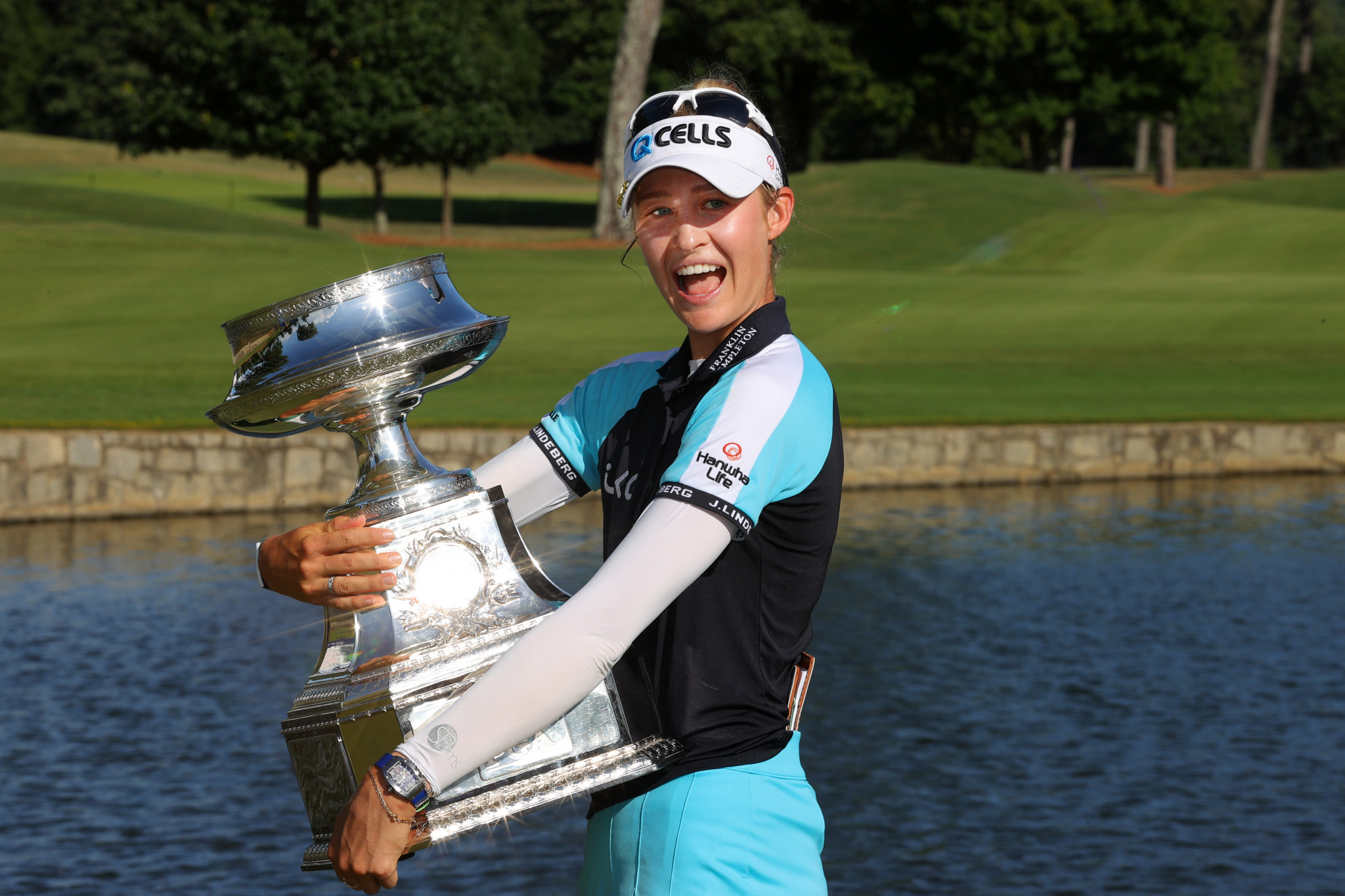 Nelly Korda climbed to world number one after winning her first major crown with victory at the KPMG Women's PGA Championship at the Atlanta Athletic Club.

"Being world number one, that has a lovely ring to it, not going to lie," said Korda who shot a four under 68 in the final round.

"It's been amazing, the past few days, the battle with Lizette, it's been a lot of fun.

"It's been stressful, and I think it's had everything.

"But I just can't believe it.

Korda, whose father Petr was a former top-ranked tennis player who won the Australian Open in 1998, shared a five-shot lead with Salas heading into the final day after the two Americans went toe-to-toe over 54 holes.

But Korda found an extra gear, scoring a birdie at the third hole before registering an eagle at the fifth.

Another eagle followed at the 12th and Korda added a birdie to move 21 under.

Korda wobbled at the 15th, hitting her tee shot in the water and making a double bogey.

Salas shot a one under 71 but was unable to record any birdies on her final seven holes to make up ground as Korda sealed the title with a par-saving putt on the 18th.

"There’s nothing I could have done differently to change her game plan.

"That says a lot about her."

Hyo Joo Kim of South Korea and Giulia Molinaro of Italy tied for third at 10 under for the week, while Thailand’s Patty Tavatanakit and American Danielle Kang finished at 8-under and tied for fifth.