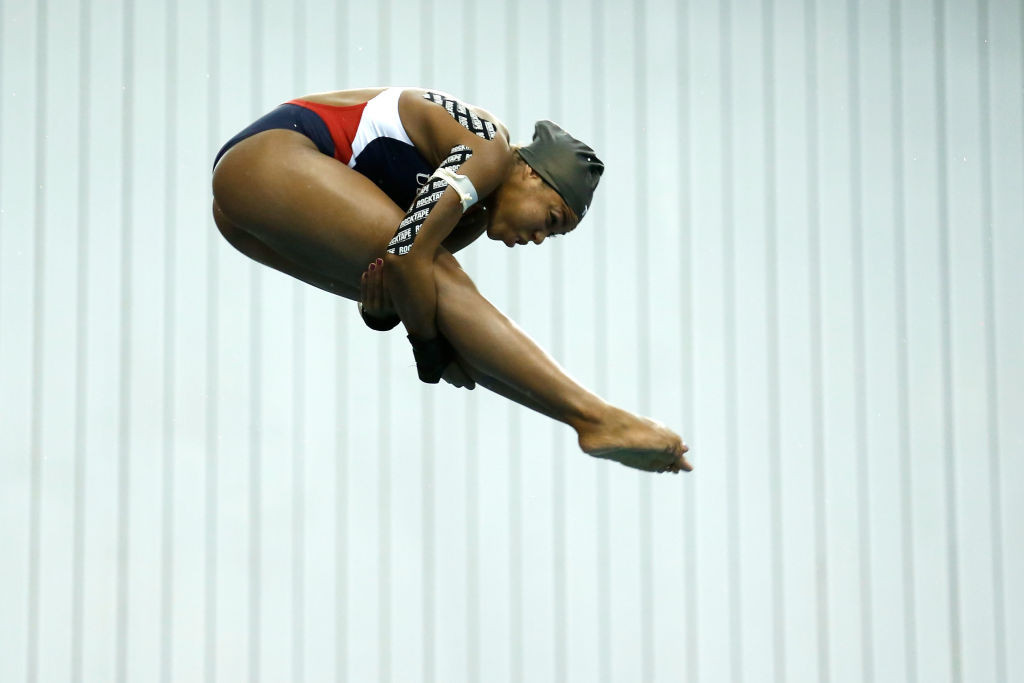 Kristen Hayden of the United States was the clear winner of the women’s 3 metres springboard event on the final day of the virtual International Swimming Federation (FINA) Diving Grand Prix.

Hayden finished with a total of 314.15 points, with Canadian divers filling the two other podium spots.

Britons Callie Eaglestone and Amy Rollinson filled the next two places with 265.10 and 254.65, respectively.

Canadian divers earned a one-two in the men’s 10m platform final as Ethan Pitman finished on 424.60 points and Matt Cullen, who had topped qualifying, ended on 410.10.

Britain’s Ben Cutmore prevented a Canadian clean sweep as he finished third on 404.10  ahead of Canada’s Laurent Gosselin-Paradis, who totalled 367.05, and compatriot Robbie Lee, who finished on 337.65.

The Canadian edition of the 2021 FINA Diving Grand Prix, also known as the Canada Cup, was hosted virtually, allowing international athletes to compete against each other in real time from across the globe.

Equipment was sent to the competing nations, with a Dejero transmitter provided to help with the filming of the event.

The transmitter was connected to the pool's hard-wired internet connection and provided transmission rates of less than one second.

The transmission was sent to Integrated Sports' video-production system in Canada, with the video then sent to a website which allowed judges to watch and score athletes in real time.