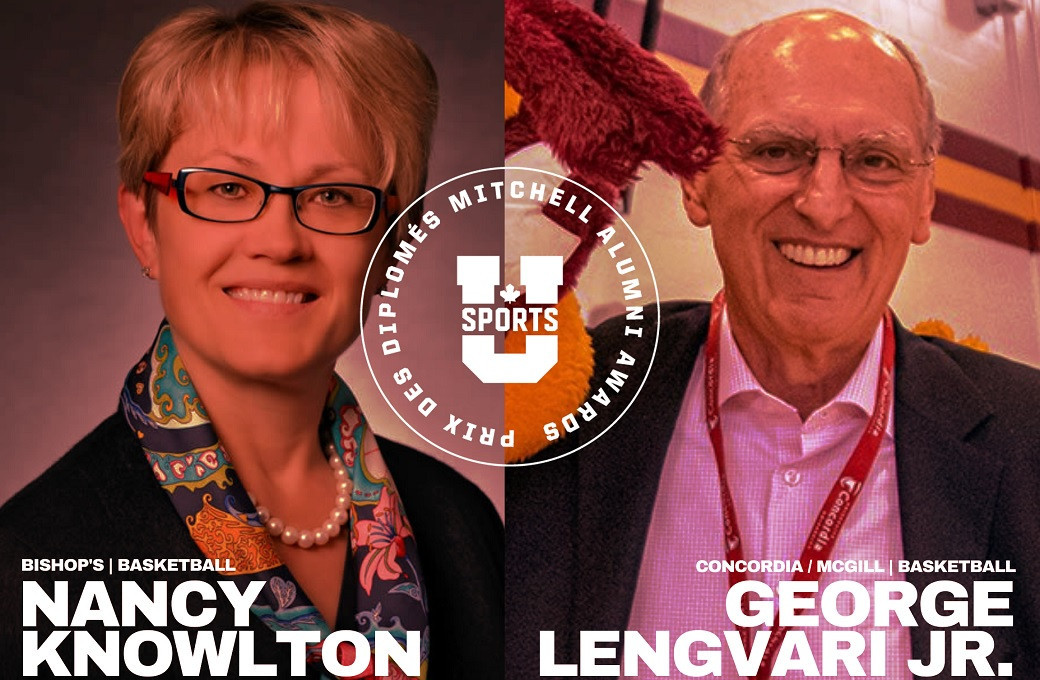 U SPORTS basketball graduates Nancy Knowlton and George Lengvari Jr have been named as the first recipients of the inaugural Mitchell Family Alumni of the Year Awards.

Ex-Bishop's Gaiters student-athlete Knowlton and Lengvari, who played for both the Concordia Stingers and McGill Redbirds, were selected by the Canadian Athletic Foundation - a not-for-profit Board of Trustees from across Canada.

They were announced as winners during a virtual awards show broadcast on the U SPORTS digital channels.

The awards have been named after Lois and Doug Mitchell, considered long-time champions of the U SPORTS Athlete of the Year programme, and aim to celebrate former university athletes who have become leaders in their communities.

"We are proud of all the nominees for the inaugural year of this award," a joint statement from Lois and Doug Mitchell read.

"They exemplify what we set out to achieve with the idea of igniting a spirit of giving back.

"Now more than ever, this last year has taught us to realize the importance of creating a legacy and the difference we can make together.

"We offer our sincere congratulations to all the nominees, and to George and Nancy as the first Alumni of the Year recipients."

As well as the opportunity to donate a leadership training session to a group of students at the institution of their choice, the winners will each receive a Jim Thompson Trophy.

The prize has been named in honour of the former President of TSN and member of the Board of Trustees from its inception until his passing in 2002.

Formerly the namesake of the Female of the Athlete of the Year Trophy, Thompson is said to be responsible for bringing the awards to television.

"On behalf of the entire membership, I want to congratulate George, Nancy, and the rest of the finalists of our first Alumni of the Year Awards," said Dick White, interim chief executive of U SPORTS.

"We are honoured to watch you represent your academic and athletic programmes in such a meaningful manner and look forward to your continued community leadership as you inspire the next generation."