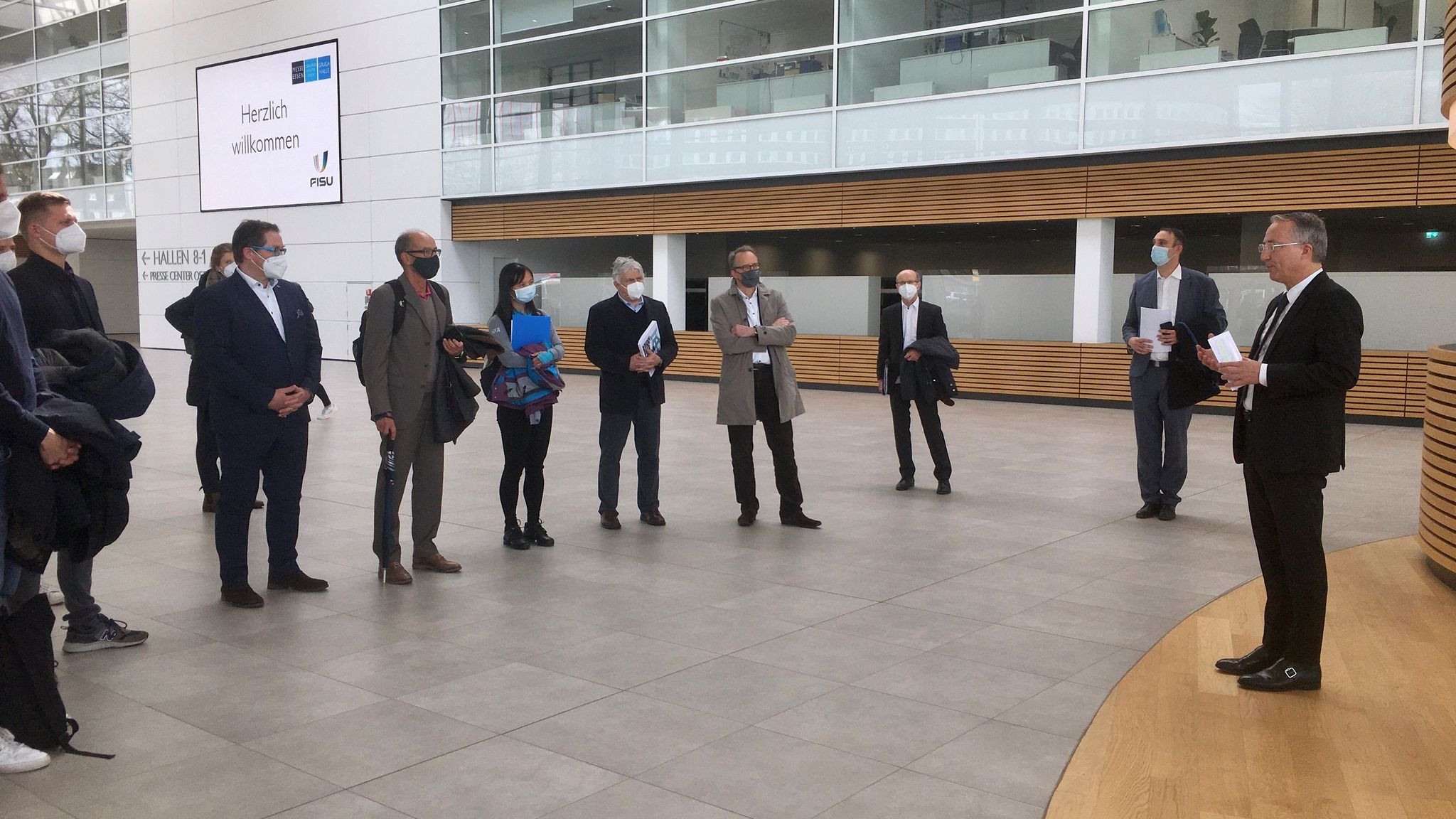 Rhine-Ruhr is poised to be awarded the 2025 Summer World University Games tomorrow after the International University Sport Federation's (FISU) Acting President said he hoped the German bid would reach a "pleasing conclusion".

Officials from FISU's summer team visited the region over three days and were left purring with admiration after holding meetings and touring venues.

It means Rhine-Ruhr is all but certain to be announced as host when FISU's Executive Committee meets to announce its decision tomorrow.

Turin will also be named as host of the 2025 Winter World University Games, a move confirmed following a similarly positive visit to the Italian city earlier this month.

Hungarian capital Budapest had previously expressed interest in the summer event but Rhine-Ruhr's bid was described as "very special" during the site visit.

The German candidacy covers various cities including Duisburg, which hosted the Summer Universiade in 1989 and the World Games in 2005.

Other cities which would be involved include Düsseldorf, Essen, Bochum and Krefeld.

"I would like to thank all those involved for allowing us to experience the convincing components of the German concept for the Rhine-Ruhr region," said Eder.

"We have felt the enthusiasm, the will and the power to make the 2025 FISU World University Games an outstanding experience for students from all over the world and the people of North Rhine-Westphalia as well as all of Germany.

"We hope that the German bidding process will result in a pleasing conclusion for all parties involved."

Around 10,000 athletes and officials are expected for the 2025 Games, with 18 sports on the programme across 12 days of competition.

Duisburg has credit in the bank with FISU as the city stepped in at short notice for 1989 when São Paulo in Brazil withdrew amid a financial crisis.

A scaled-down Universiade was organised in only 153 days with FISU describing Duisburg as its "angel city".

"It was three days of meetings and intense venue inspections with an overall high and enthusiastic support from all the cities involved in the project," said Brian Carrer, the Summer Games event manager at FISU.

"The concept of the Rhine-Ruhr 2025 FISU World University Games is very special, with a global decentralisation model as well as a cost-efficient and eco-friendly approach.

"The aim is to combine tradition and innovation in many areas."

Jörg Förster, the chairman of the German University Sports Federation which is overseeing the bid, added: "With the inspection visit in the books, we have mastered another important milestone in the bidding process to host the Rhine-Ruhr 2025 FISU Games.

"Thanks to the great support of our partners, we succeeded in giving FISU - despite the corona-related difficult framework conditions - diverse insights into the Rhine-Ruhr sports and cultural region.

"We were also able to discuss upcoming challenges together.

"We are well on the way to get the 2025 FISU Games to North Rhine-Westphalia.

"We are hoping for a positive decision by FISU this weekend."

Rhine-Ruhr was also interested in the 2032 Summer Olympics but is now out of the running after the International Olympic Committee named Brisbane as its preferred candidate.

Förster had previously insisted that the Summer World University Games should not be viewed as an "Olympic test".

Chinese city Chengdu will host the next edition of the FISU event in 2022 after it was moved back a year due to the COVID-19 crisis.

Yekaterinburg in Russia will stage the 2023 Games.

The next Winter Universiade is scheduled to take place in December in Swiss city Lucerne, while Lake Placid in the United States is the host of the 2023 edition.

Turin is considered to be the birthplace of the World University Games having staged the first event in 1959, under the leadership of Primo Nebiolo.

Since then, Italy has hosted four Summer and six Winter editions of the Universiade.