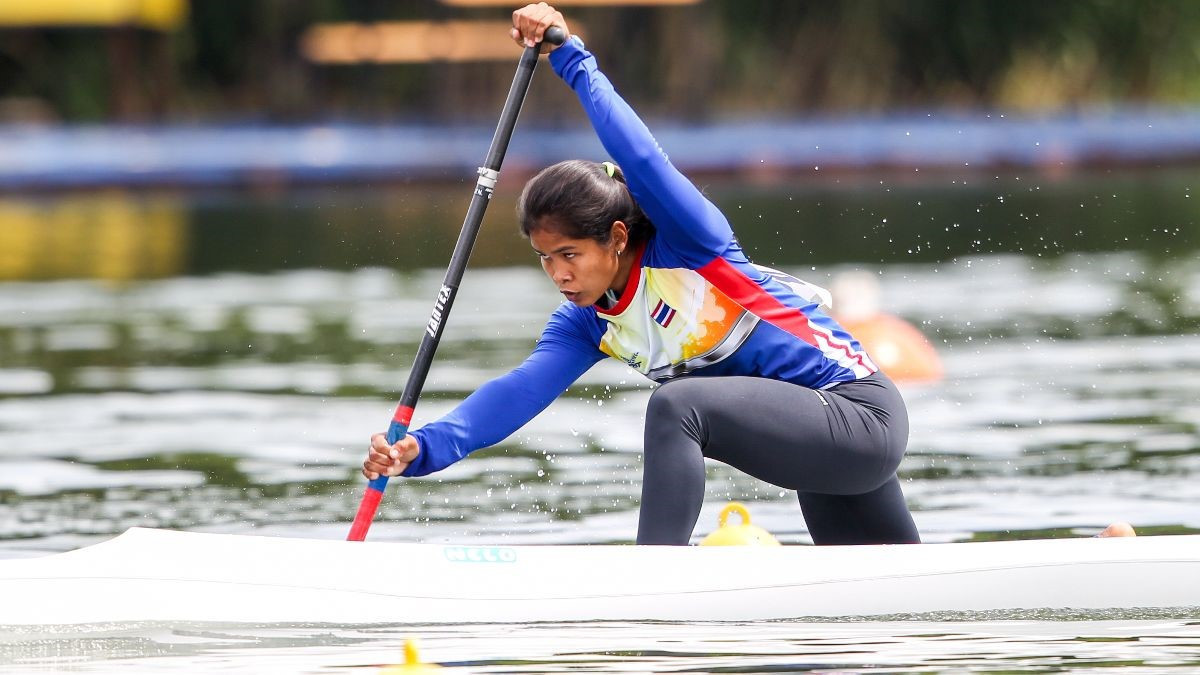 Thailand will be represented in the canoe sprint competition for the first time at an Olympic Games after Orasa Thiangkathok earned a quota place at the Asian Canoe Confederation qualifiers in Pattaya.

Thiangkathok triumphed in the women’s C1 200 metres competition on the second day of the qualification event.

She completed the event in a time of 47.235sec to win the sole berth on offer, with Uzbekistan’s Gulbakhor Fayzieva finishing as the runner-up in 47.933.

Ono’s second place finish earned Japan a quota place for Tokyo 2020 due to Kazakhstan having already claimed a spot at the Games in the women’s K1 500m event.

Singapore’s Jiexian Stephenie Chen was third in the qualifier in 40.325.

He crossed the line clear of rivals Kuan-Chieh Lai of Chinese Taipei and Iran’s Adel Mojallalimoghadam, who clocked 4:03.298 and 4:04.540, respectively.

The men’s K1 200m place was earned by South Korea’s Cho Gwang-hee in a time of 35.05, with Kazakhstan’s Sergii Tokarnytski narrowly behind in 35.34.

Giovanni De Gennaro achieved the fastest time in the men's kayak heats today, with the local athlete achieving a time of 1min 14.93sec.

Britain's Bradley Forbes-Cryans finished second in the heat at 1.58 down, with Jiri Prskavec of the Czech Republic a further 0.20 adrift.

Her compatriot Ricarda Funk and France's Camille Prigent completed the top three, ending 1.37 and 1.55 behind, respectively.

Heats in women's and men's canoe events will follow tomorrow, with the team competition beginning in the afternoon.