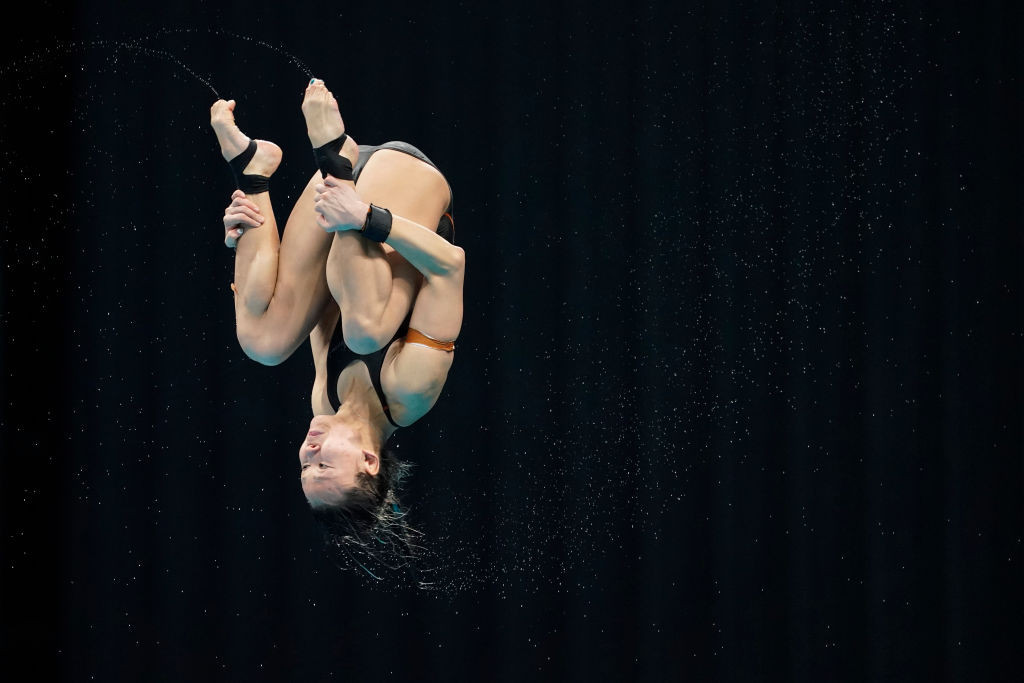 The 28-year-old from Sarawak, who won 10m synchro silver at the Rio 2016 Olympics and 10m platform bronze at London 2012, made the most of the absence of Chinese divers in her event and earned reward for her consistency after a long day of competition.

China’s women have already secured Olympic qualification in this event through finishing first and second at the 2019 World Championships in Gwangju.

Pamg held up best in a final that took place at the Tokyo Aquatics Centre immediately after the semi-finals, winning with a total of 355.70 points.

The Malaysian star had also ensured her qualification for Tokyo 2020 at the Gwangju World Championships, where she was fifth, but demonstrated that she is in shape after a difficult year and that she will be a strong challenger at the Olympics that are due to start on July 23.

"I feel very happy that I was more consistent in the final," Pamg told FINA.

"In the prelims I made three errors in my dive and in the semi-final I made two mistakes, so it feels great that I can make it consistent in the final.

"Of course I want to be in the podium at the Olympics but I also want to do my personal best in both the synchronised and individual event."

Japan’s Matsuri Arai took silver with a similarly consistent performance having finished fifth after the semi-finals, totalling 342.00 to earn the first medal for the host country in this World Cup.

The bronze ended up, after a thrilling last round, in the hands of Canada’s Caeli McKay, who scored 338.55.

For McKay, it was the second medal in this World Cup, after the gold with teammate Meaghan Benfeito in the 10m platform synchro event.

In the earlier preliminary competition for the men’s three metres springboard, which will conclude on the final day of action tomorrow, Britons Daniel Goodfellow and James Heatly finished first and second respectively on 487.50 and 478.20 points.

A series of coronavirus countermeasures have been put in place at the Tokyo Aquatics Centre by FINA and the Organising Committee.