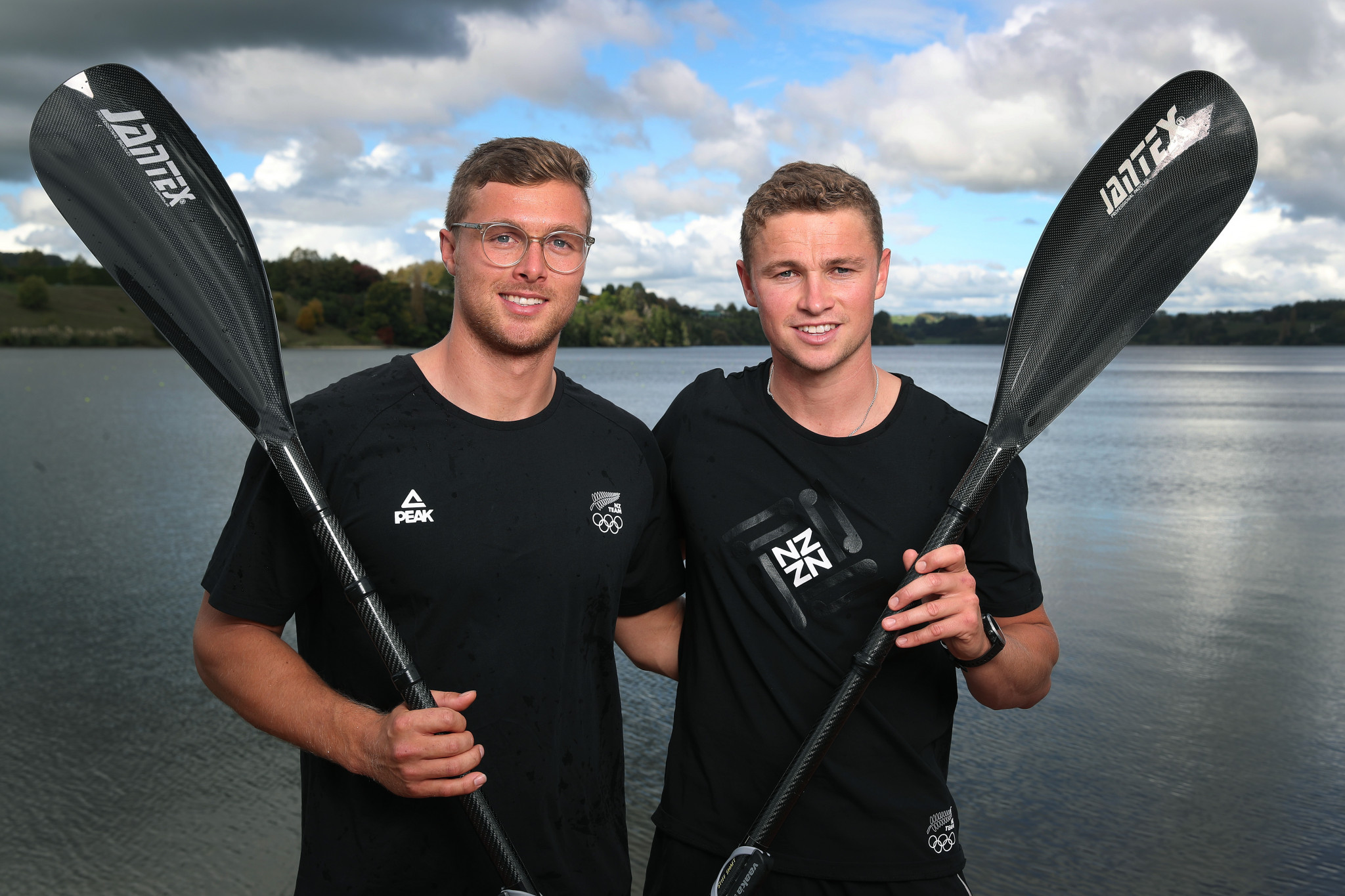 Max Brown and Kurtis Imrie are set to make their Olympic debuts after becoming the first New Zealand canoe sprinters to earn selection for Tokyo 2020.

The pair will be New Zealand’s first men’s K2 1000-metre representatives at an Olympics since Darryl Fitzgerald and Steven Ferguson placed seventh at London 2012.

Brown, 26, and Imrie, 25, enjoyed a breakthrough international campaign in 2019 as they finished eighth in the K2 1000m at the World Cup in Poznan in Poland.

Later that year the duo finished joint sixth in the B Final of the K2 1000m at the World Championships in Szeged in Hungary before qualifying a New Zealand boat for the Olympics at the 2020 Oceania Championships in Sydney in Australia.

The pair have now been officially announced as members of the New Zealand Olympic team set to compete at this year’s rescheduled Games.

"I’m absolutely stoked to have been selected to represent New Zealand at the Olympic Games," said Brown.

"As a young kid I would never have dreamed I would be good enough to challenge at this level.

"I always felt like I had the least amount of talent with the boys I trained with, but I was prepared to be the hardest worker.

"I guess that’s what matters most, and that's the reason I’ve made it this far.

"I hope lots of young Kiwis take inspiration in my journey and dare to dream."

Imrie is the younger brother of Kayla Imrie, a Rio 2016 paddler and three-time world medallist.

"It’s always been a dream to go to the Olympics and represent my country at the world’s pinnacle sporting event," said Kurtis Imrie.

"It’s pretty surreal that a big dream of mine is actually coming true.

"Hopefully I’ll get to experience the Olympics alongside my big sister Kayla as that would be such a special moment for our family."

"This men’s K2 selection is a huge moment for Max and Kurtis," said Tom Ashley, chief executive of the Canoe Racing New Zealand.

"But equally it’s an enormous milestone for our squad, their coaches and our outstanding support staff.

"When the squad moved to Cambridge together three years ago, qualifying a men’s boat for the Olympics was a dream.

"Together, through teamwork and commitment, the group has made it happen.

"We congratulate the entire squad on their part in this achievement and we look forward to watching Max and Kurtis race in Tokyo."

Kereyn Smith, chief executive of the New Zealand Olympic Committee, added: "New Zealand has an extremely proud canoe racing history at the Olympic Games and we look forward to you adding to that legacy in Tokyo."

New Zealand has won one Olympic medal in the men’s K2 1000m when Ian Ferguson and Paul MacDonald secured silver at Seoul 1988.

The New Zealand women’s canoe sprint team for the Olympics are expected to be selected closer to the Games.