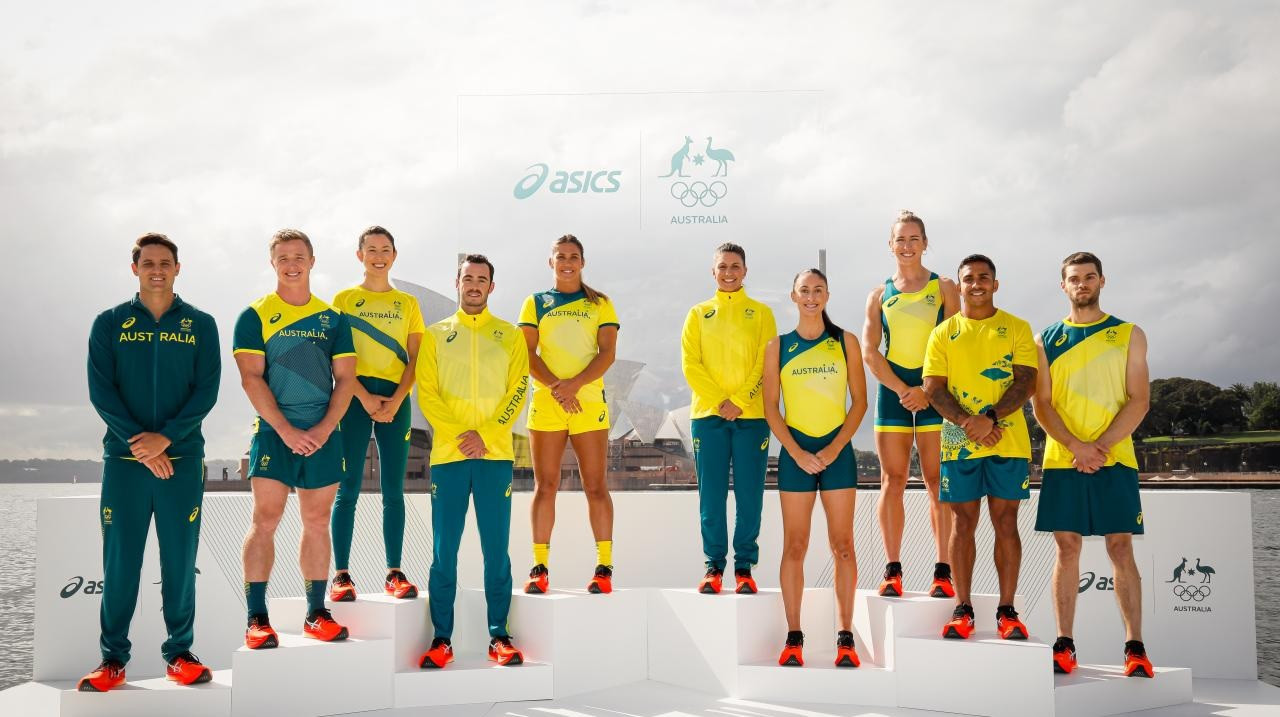 The Australian Olympic Committee (AOC) has responded to criticism for using Asics to design the country’s uniforms for the Tokyo 2020 Olympics amid concern over the manufacturer’s links to Chinese forced-labour cotton.

The new delegation and competition uniforms for the Australian Olympic team have been unveiled by the AOC and Asics today.

It comes days after the brand vowed to "continue to purchase and support Xinjiang cotton" in a post on Chinese social media, despite allegations of forced labour in the region being among the reasons for several nations sanctioning Chinese officials this month.

China has rejected accusations of human rights abuses after a number of major clothing brands, including Swedish retailer H&M, decided to stop buying cotton from Xinjiang.

There have also been calls for the country to be stripped of the 2022 Winter Olympics over a repression campaign against Uyghur Muslims, with human rights groups alleging more than a million Uyghurs have been placed in internment camps, but Beijing claims they are training centres designed to help stamp out Islamist extremism and separatism.

Nathan Ruser, a researcher at the Australian Strategic Policy Institute, said it was "disgusting and shameful" that Australia's Olympians would wear "clothes that have explicitly been sourced from a region of forced labour by persecuted ethnic nationalities that are suffering from acts of genocide" come Tokyo 2020.

Ian Chesterman, Australia’s Chef de Mission and AOC vice-president, said the organisation had received assurances from Asics over the materials used to create the uniforms, however.

"We've been assured that none of the cotton for the Australian Olympic team comes from that region," said Chesterman, as reported by Agence France-Presse.

"I think athletes at the moment need to focus on what their job is, which is to get out there and compete for Australia."

What a great day launching the Australian Uniform for #Tokyo2020 with a group of Aussie Olympians, Tokyo Olympic hopefuls, and of course our partner @ASICSaustralia, in front of the iconic Sydney Opera House and Harbour Bridge!#TokyoTogether pic.twitter.com/lyQKqr5jWX

A spokesperson from Asics also insisted the company’s original statement on Chinese social media over Xinjiang cotton was "unauthorised" and did not represent "our official corporate position on this matter".

"We are fully committed to working closely with business partners to ensure human rights are respected and environmental standards are met at all times," the spokesperson told AFP.

According to AOC, the design and development of the Asics uniforms began in 2018 and has seen more than 125,000 units of apparel and footwear produced.

It also includes a shirt incorporating a design by Indigenous artist and Olympic boxer Paul Fleming.

Titled "Walking Together", the design incorporates footsteps representing the 52 Indigenous Australian athletes who have competed at a Games and a central meeting place signifying the Olympics bringing together people from all countries, backgrounds and cultures.

Aligning to Asics' corporate sustainability target to reduce carbon dioxide emissions by 38 per cent in direct operations by 2030, 30 percent of the AOC range is said to be made from recycled polyester.

"Asics has put an extensive amount of work, detail and focus into the design and development of the Australian Olympic Team uniforms, to ensure the athletes representing at the highest level feel they can perform at their best," said Mark Brunton, managing director for Asics Oceania.

"We look forward to seeing the Australian team wear the green and gold and proudly representing our country on the world’s biggest stage."

Chesterman added: "Asics have been a fantastic partner, working with our Olympic sports and athletes to develop this world class uniform.

"Asics have an incredible Olympic pedigree, being at the forefront of athlete-focused sporting technology for over 70 years.

"We’re fortunate that they are now assisting our athletes, bringing their passion for high performance and excellence to our Team, to help our athletes have their best day on their biggest day in Tokyo."

The AOC is hoping to send a team of around 480 athletes across more than 30 sports to Tokyo 2020, which has been delayed by one year due to the coronavirus pandemic.