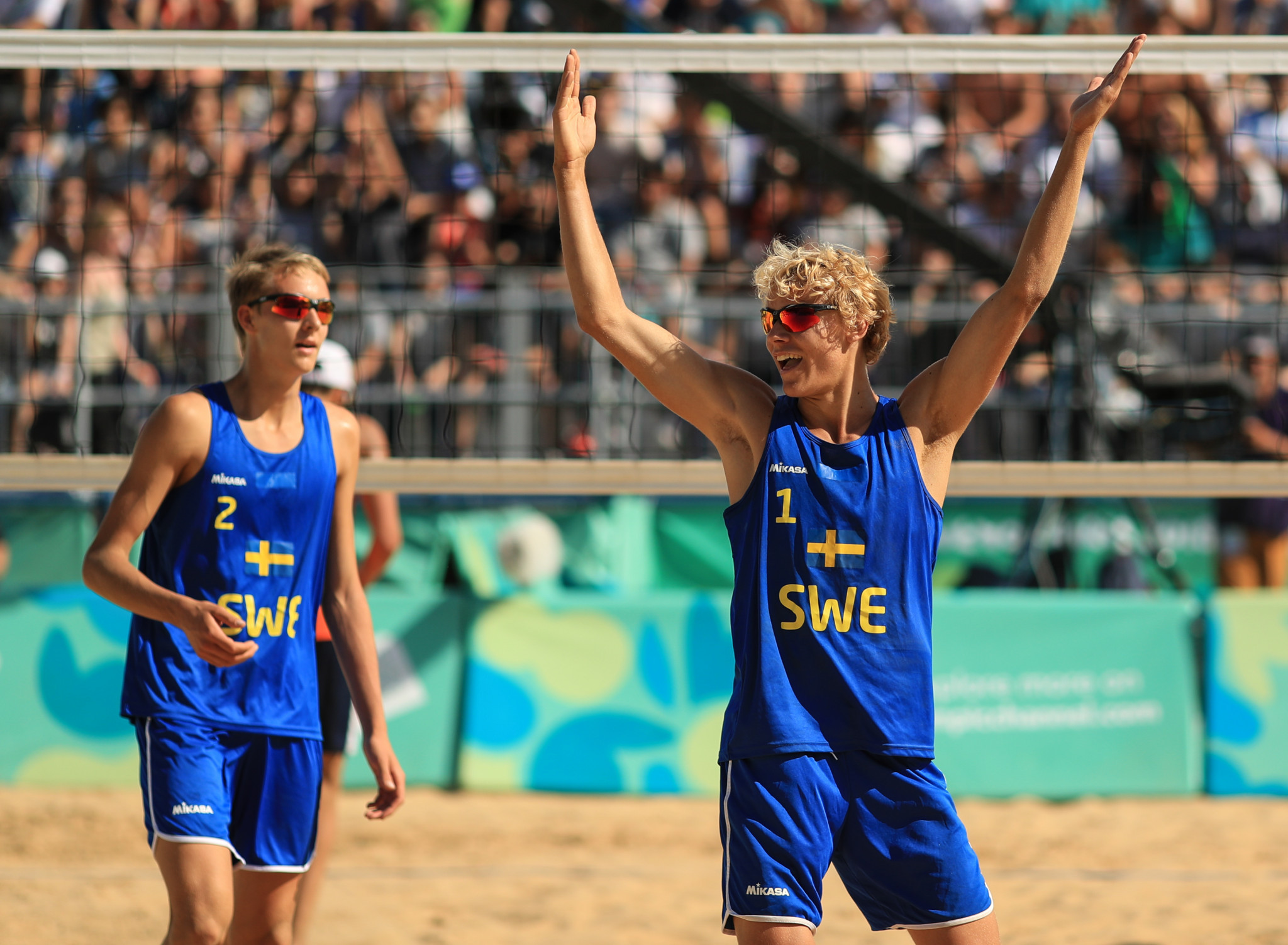 Buenos Aires 2018 Youth Olympic champions David Ahman and Jonatan Hellvig progressed through the qualifying round to reach the main draw of the Katara Beach Volleyball Cup in Doha.

The Swedish stars, both 19-years-old, were seeded 24th in the qualification bracket but managed to secure one of the eight places available in the main draw.

It is their first appearance at a four-star International Volleyball Federation (FIVB) Beach World Tour event.

"It feels amazing to make it to the main draw at our first four-star tournament ever," Ahman said.

"It’s unbelievable, after these two very tough games...it was an amazing comeback in the second match.

"We had it very tough in the first set and the beginning of the second set.

"Then we just came around and won the second set and got some momentum for the third set as well.

"We hope to make it even further in the tournament, but, as I said, it’s our first four-star event."

There were also eight qualifying places available in the women's main draw at the Qatari capital's Al Gharrafa Sports Complex.

Esmee Bobner and Zoe Verge-Depre of Switzerland progressed to the main draw of a four-star event for the first time.

"It feels really good, especially after such a long time without FIVB tournaments," Verge-Depre said.

"It feels really good, after so much hard work, to get this reward.

"We are ready to compete and romp some more in the main draw.

"We’ll see what pool we are in, but we want to play our game, have fun and enjoy the main draw.

The main draw is set to begin in both the men and women's tournaments tomorrow.